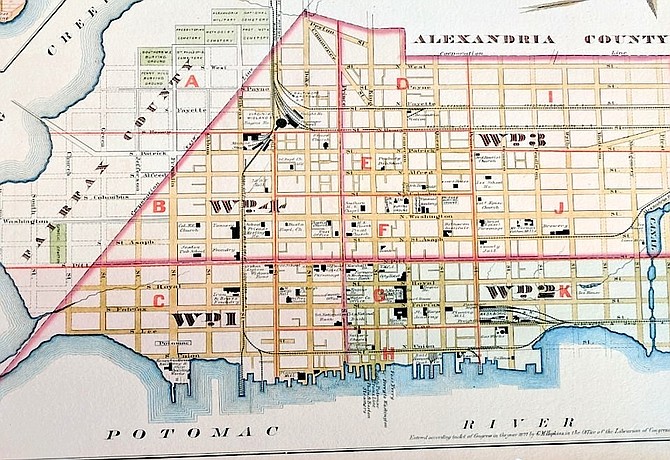 Del Ray was furious. The Alexandria City Council was dominated by members from Old Town, and they took action in the interest of Old Town. People in Del Ray felt neglected and unheard. The elected members of council did not include one single solitary member from their neighborhood, and so people there were demanding the city abandon its at-large system of representation on the City Council and adopt a ward system similar to the one the city had before adopting the city manager form of government.

The year was 1932. Del Ray had only been annexed from Arlington two years earlier, and people who lived in the former town of Potomac were still mad about it. They fought annexation and lost. According to local legend, residents of Potomac were so angry about being annexed into the city of Alexandria they retaliated by throwing all the town records into a giant bonfire instead of heading them over to city officials. The years that followed weren’t easy on Del Ray, which struggled to find its place alongside their new neighbors in Old Town.

“Even though officially incorporated into Alexandria by 1930, there was still a strong sense of being something separate,” wrote Melissa Butler, a historic researcher who was hired by the Del Ray Citizens Association to examine the history of the town after its annexation into Alexandria.

“They apparently saw no irony in being progressive and racist.”

As the crow flies, the two neighborhoods were only a few blocks away. Culturally, though, they were on the other side of the planet. Old Town was metropolitan and racially diverse, a place with 57 bars and comparatively loose morals. The culture in Del Ray, on the other hand, was heavily influenced by the crusade led by Commonwealth’s Attorney Crandal Mackey to shut down a corrupt race track that was once located there. It was a neighborhood that prided itself on a strict code, with slaughterhouses and drinking saloons expressly forbidden. It was a racist brand of progressivism, excluding anyone who wasn’t white from living in the newly created town.

“They apparently saw no irony in being progressive and racist,” explained Del Ray historian Leland Ness during the 100 year anniversary of the town’s creation.

The conflict between Old Town and Del Ray was intractable. One was racially diverse and libertine. The other was austere and racist. Fortunately for Del Ray, leaders there were able to persuade Del. Fred Birrell (D-Alexandria), a former City Council member, to introduce legislation in Richmond allowing wards in Alexandria. The charter change expanded the City Council from five members to nine members, one from six wards and three at-large members. The bill had support from Del Ray and Rosemont. It also had lots of opposition, including the Chamber of Commerce, the Alexandria City Council and Mayor Edmund Ticer.

The election took place on March 29, 1932, and the vote was overwhelmingly in favor of council by wards. The vote was almost two to one: 1,819 votes for the ward plan, and 927 votes to retain the at-large plan. Unsurprisingly, the most decisive victory was in Del Ray, where the margin of victory was five to one.

THE HISTORY OF WARDS in Alexandria dates back to the creation of the District of Columbia, when the city was incorporated into the new federal city. With the exception of the Civil War and its aftermath, the city had wards for all of the 19th century and the first two decades of the 20th century. Then Alexandria ditched its outdated system in favor of a more modern city manager form of government in 1921. That seemed to work pretty well until 1930, when the city annexed a hostile part of Arlington that was deeply skeptical of City Hall.

Alexandria’s second experience with wards did not go well. The city’s new council members believed they had power to administer the city along with the city manager. This led to city officials receiving conflicting orders, one set of demands from the appointed city manager and another set of demands from the ward heelers. Not only did they disagree on which candidates should be appointed to key jobs at City Hall, they also had their hands in the treasury.

It wasn’t long before half a million dollars was misappropriated to unauthorized projects. The chairman of the City Council’s finance committee spent it on building and maintaining streets when the city manager already had those funds earmarked for other things. Inevitably the jumbled finances led to higher taxes, which created a movement to get rid of the ward system once and for all.

The movement to return Alexandria to a City Council of at-large members was a slow burn. They were able to get a referendum on the ballot in 1944, but voters rejected it. Then conflicts at City Hall erupted in a series of high profile resignations. That led to a petition with 1,000 signatures asking the Circuit Court to order a referendum. 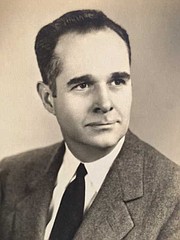 “The at-large plan is the only means of realizing the citywide planning so vitally needed.”

The court didn’t even have a chance to consider the petition because Del. Armistead Boothe (D-Alexandria) beat the judges to the punch, introduced legislation in the General Assembly calling for a referendum on ditching the ward system. The bill apparently came as a surprise to city officials, who had no knowledge he intended to introduce it. Gov. Bill Tuck signed the bill, and an election was scheduled for March 2, 1948.

“The at-large plan is the only means of realizing the citywide planning so vitally needed,” said Albert Smoot, a businessman who would later be elected to the City Council.

Voters had two options. One was to retain the existing City Council system, which had nine members — six elected from wards and three chosen at large. The other option was seven members, all of whom would be elected at-large. Supporters of the at-large system argued removing sectional interests would attract better candidates to lead the city. Advocates for the existing ward system warned the City Council would have the ability to overlook the interests of part of the city without facing consequences.

Voters went with the at-large choice, putting in place a system the city still has to this day. The vote was clear repudiation of the ward system, although the results were not as decisive as the 1932 election: 2,757 votes in favor of returning to an at-large City Council and 1,710 votes for keeping the ward system.