Outside or not, thousands gathered for rides, entertainment and food could be a super spreader.

Crowds at the county fair could be a bad formula during the pandemic.

Every June, thousands of people in Fairfax County flock to the government center for “Celebrate Fairfax,” the county fair that featured rides, 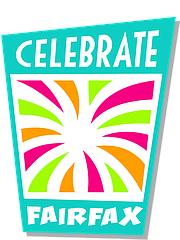 booths, bands and food, until the pandemic came along last spring, so organizers postponed it until October, hoping for a better virus situation. Fast forward a few months, and it hasn’t gotten much better, so the fall version of Celebrate Fairfax was cancelled too, and possibly the fair as a county event in the foreseeable future.

This came up at the recent Board of Supervisors meeting and the lack of communication between the fair organizers was a point of discussion, Supervisor Pat Herrity (R-Springfield) said. “I am dumbfounded by the thought that the Board would eliminate a longstanding tradition without being presented with the details, a discussion and input from our community,” he said before tabling the issue for further board discussion. His motion was seconded, but Chairman Jeff McKay (D) did remind the board that they could only do so much. “Ultimately this isn’t a Board of Supervisors decision,” McKay said, but left it open for discussion.

The Elephant in the Room

There was mention of past management problems with the fair, which brought out a few opposing views, common to a board meeting. In today’s world though, a fair like that would violate COVID-19 prevention practices. Social distancing with lines at the cotton candy trailer, the carnival rides or in front of the music stage would be impossible. Masks in place? Frequent handwashing? Doesn’t seem to fit at any of the past Celebrate Fairfax fairs, and a fair could turn into a super spreader event.

The memo from Bryan J. Hill, the county executive, is tainted with covid precautions from the first sentence. “As you know COVID-19 has impacted Celebrate Fairfax (CFI) significantly,” it read. Then he goes on to explain that without money, Celebrate Fairfax, Incorporated should “dissolve and wind up its affairs,” he recommended.

The fair is a 40-year tradition in Fairfax County, and Herrity still believes there could be life for this festival. “I hate to see a 40-year tradition go away,” he said, acknowledging that COVID-19 is still out there, but he wants to keep the fair discussion alive. “Nobody is really sure where we’ll be next June,” he said.

Chairman McKay is not rushing to any decisions about it. “Celebrate Fairfax has played a big role in our community for the last four decades,” he said, “I have received the County Executive’s recommendation and I look forward to a fiscally responsible, community wide conversation about it.” It is now fall and the amount of time it takes to put a fair together may impact any chances for a 2021 fair.

Instead, fair planners were opting for smaller, neighborhood events, but not all agreed. “I cannot believe this tradition would be ended without a

“I am dumbfounded by the thought that the Board would eliminate a longstanding tradition without being presented with the details, a discussion and input from our community.”

full review in favor of a move toward separate, more expensive, smaller celebrations under the guise of the One Fairfax policy,” wrote Herrity in his community newsletter “The Herrity Report. Hill’s memo did address the smaller community events, calling for “existing organizations within Fairfax to identify opportunities for the development and implementation of a new model for community events,” it read. The pandemic would certainly be a factor here too.

Ashley Morris, the president and CEO of Celebrate Fairfax, Incorporated did not respond to a request for comment on this development with the fair.

When folks heard about it on social media, there was no shortage of opinions. “If you bought tickets, please just think about it as a contribution to the organization so that they survive through this and hopefully be able to produce wonderful events in the future. I stand with Celebrate Fairfax,” wrote Marilyn Philbrick Buxton on Facebook. Some cited the current Disneyworld opening procedures, and asked why can’t it happen here?

“Temp checks at park entrance, Masks on at all times and spraying disinfectant on ride cars at set intervals is not a billion-dollar solution though. Just consider how your local restaurant does it. So Korea in Centerville bought masks for their workers…” wrote Steven Goodnight.

The next step to the Celebrate Fairfax decision, said Herrity, is to expand the discussion. “I’ve asked for it to come back to the Board for discussion,” he said.

For anyone that purchased tickets to the June 2020 or October 2020 events, it is recommended that they contact fair organizers at tickets@celebratefairfax.com.