His efforts in Lee District show signs that will be forever remembered. 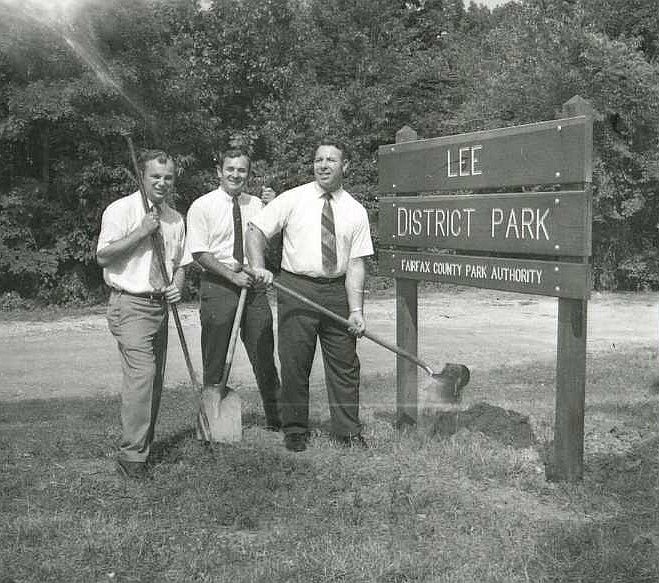 Joe Alexander and Carl Sell in the early days of Lee District Park. 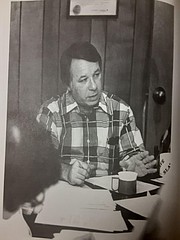 Photo of Joe Alexander from the book by Carl Sells.

In his 32 years and eight terms as Lee District Supervisor, Joe Alexander (D) was determined to help people in the Franconia area so much that when Metro eyed another site for the Blue Line station, he “persuaded Metro,” to move it to the present location and combine it with other transportation systems, and it’s now named the “Joe Alexander Transportation Center.”

On Sunday, Aug. 30, Joe Alexander died at the age of 90, leaving behind a legacy in the Springfield area that will live on.

“Joe got it relocated,” said former Lee District Supervisor Dana Kauffman, who was Alexander’s assistant for many years before being elected to Supervisor.

“Joe was known as the ‘pothole politician,’ and no request was too small,” Kauffman said.

Alexander was sitting at the table when President Jimmy Carter signed the Metro funding bill in 1980.

“He was magnificent in reaching out and engaging,” Kauffman added.

When he first started at Lee District, there were several different water companies serving the district, and Alexander looked at that as a challenge. “People couldn’t flush with confidence,” Kauffman said. Alexandria worked with the companies and when he was finished, everything was merged into Fairfax Water.

In the 1960s, there were many gravel operations dominating the landscape, including a stretch of land that went from behind Edison High School to an area behind Hayfield Secondary School. In the early 1970s, the gravel companies were winding down operations, and it became one big dirt track for motorcycles and a dumping ground, before Alexander stepped in. He worked with the companies, and now the old gravel pits are Kingstowne, Manchester Lakes, dotted with a few ponds and parks.

He was also involved with turning parts of the gravel operations into Lee District Park and the Greendale Golf Course.

At one time, Mike’s American Grill had the “Joe Alexander Burger,” on the menu. It was a bacon-cheddar cheeseburger with mustard and mayonnaise.

“Joe not only lived through the transformation of Fairfax County from farmland to Virginia’s burgeoning economic engine, he oversaw its transformation.”

—Board of Supervisors Chairman Jeff McKay

JOE ALEXANDER was born on Dec. 21, 1929 in Pittsburgh. His father landed a job at Fort Belvoir, so the family moved to the Franconia area in 1931. Joe went to school in Fairfax County, and was on the Mount Vernon High School football team. In 1953, after training to be a pilot at a local airfield, he became a fighter pilot in the Korean War. He followed in the legacy of his father, Milton Alexander, who was the chief magistrate of Fairfax County in the early years, and went into local politics in the early 1960s. The family owned Franconia Hardware for years, which was located right across the street from the current Franconia Government Center. His mother, Celia, was the postmaster in Franconia.

“Joe Alexander – Lee District’s longest serving Supervisor, a veteran combat pilot, respected local banker and business owner who will best be remembered as an architect of the region’s Metrorail system and transformational pothole politician, passed away over the weekend,” wrote Board of Supervisors Chairman Jeff McKay, former Lee District Supervisor. “Joe not only lived through the transformation of Fairfax County from farmland to Virginia’s burgeoning economic engine, he oversaw its transformation. He was a role model for me as I made my way through Fairfax County Government.”

Alexander could have run for higher office, but chose to stay in Lee District. He became a volunteer docent at the Franconia Museum at one point.

Carl Sell, one of the founders of the museum, wrote a book in 2009 called “Franconia Remembers Joe Alexander,” and it’s currently available at the museum.