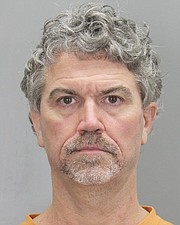 A 58-year-old man is facing charges for sexually assaulting two women last summer. Detectives were contacted in July 2020 by a woman who reported she was assaulted at a home in the 8300 block of Cushing Court in Springfield by a man she met online. Approximately a month later, as detectives continued their investigation, a second victim reported being sexually assaulted at the same location under similar circumstances.

According to FCPD Public Affairs Bureau – detectives identified Drew John Steiner, of Springfield, as the offender in both cases. Monday morning, April 19, evidence was presented to a grand jury who indicted Steiner on one count of rape, one count of forcible sodomy, one count of unlawful filming, two counts of abduction with intent to defile and two counts of object sexual penetration.

Steiner has been held without bond at the adult detention center since being charged with the assault and abduction of a family member that occurred on Sept. 27, 2020.

Victim specialists from our Major Crimes Bureau’s Victim Services Division have been assigned to ensure that the victims are receiving appropriate resources and assistance.

Detectives are asking anyone with information about this case or who may have met Steiner through a dating app to call Major Crimes Bureau at 703-246-7800, option 3. Tips can also be submitted anonymously through Crime Solvers by phone – 1-866-411-TIPS (866-411-8477), by text – Type “FCCS” plus tip to 847411, and by web – Click HERE. Download our Mobile tip411 App “Fairfax Co Crime Solvers”. Anonymous tipsters are eligible for cash rewards of $100 to $1,000 dollars if their information leads to an arrest. If you wish for a detective to follow up with you, please leave your contact information.