Some of the Best-Loved Pets Have ‘Hospice’ Status
Votes

Some of the Best-Loved Pets Have ‘Hospice’ Status 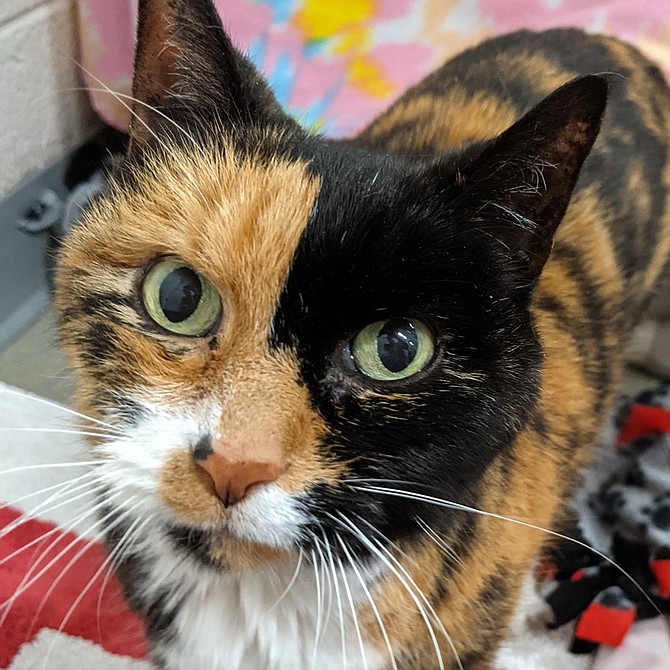 Seventeen-year-old Sadie acts younger than her age, despite her hospice status.

It took only one photo of a little Chihuahua named Smokey for Megan Hess to make her choice. Yes, the dog had chronic kidney disease, heart problems and arthritis. And, yes, Hess’s family already included three children and two senior dogs. 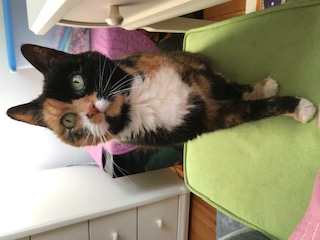 Sadie, with her dramatic tortoiseshell markings, as she awaited adoption at the Animal Welfare League of Alexandria.

“The Animal Welfare League of Alexandria (AWLA) posting on Instagram said his kidney failure might mean a prognosis of six months to a year,” Hess recalled. “I just thought ‘he needs to do his hospice time in this house.’ I dropped everything and went to the shelter with my son to meet Smokey.”

Smokey didn’t look quite like your average Chihuahua. Long, sticklike legs. Beady eyes. Only two teeth and a tongue perpetually hanging out of his mouth. Once at Hess’s Alexandria home, his personality was equally quirky. Some days, she says, he mostly snoozes, but other days his feisty side takes over. Despite being dwarfed by the two other puppies the family adopted after bringing Smokey into their home, Smokey chases after the dogs, leaping on their heads and necks. Fortunately, the young dogs seem to sense Smokey’s delicacy and put up with the attention.

Smokey’s conditions require several medications daily. “At first it was a pain to keep up with, because all of them have to be crushed and mixed into his food,” Hess said. “We just weren’t used to that.” Now, the medical regimen has become routine for the household, and they’ve installed a baby gate to make sure one of the puppies doesn’t swoop in and gobble up Smokey’s chow.

Smokey has forged a special bond with Hess’s 13-year-old daughter, Lynn, and scampers down the hall with Lynn when it’s bedtime. He then dives into a nest of stuffed animals on the bed, spending the night there. “You have to really search to find him in there,” Hess said.

Animals with terminal or chronic illnesses can make wonderful pets, said AWLA Director of Marketing and Communications Gina Hardter. Animals who come to the shelter with serious conditions are evaluated by the shelter veterinary staff and treated as necessary. Potential adopters are informed about their prognosis and told about any medications they will need, temporarily or perhaps for the rest of their lives. Fortunately, the AWLA’s community includes many people who are happy to seize the opportunity to help such animals. 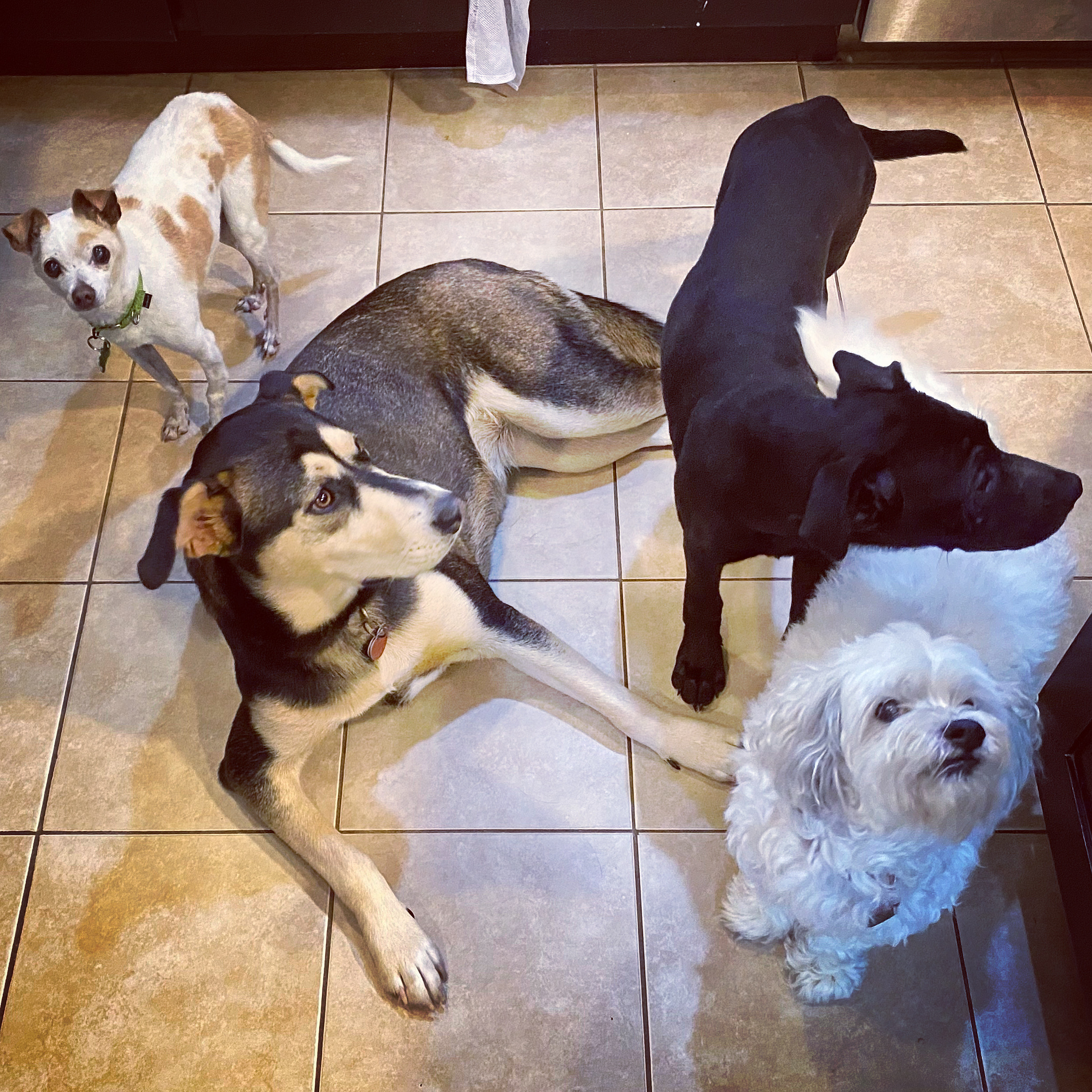 Smokey the Chihuahua has some health challenges, but that doesn’t stop him from enjoying his siblings, including a puppy named Biscuit. Their “parent,” Megan Hess of Alexandria, says Smokey grudgingly shared his spot on the chair with the larger dog.

When Joyce Acton adopted a 17-year-old cat with several medical conditions from the AWLA, she didn’t know she’d end up spending time daily dragging a “fishing pole” toy across the bed for the cat to play with. “Sadie’s very alert about chasing it,” Acton says. “She always follows it, and when I hold it over the floor, she jumps on her hind legs to catch it.”

Acton, who also has a Himalayan cat and a rescue dog, had heard about the 17-year-old tortoiseshell cat who needed a home after her owner died and was sent to the AWLA. “I just couldn’t lose the thought of her being at a shelter at that age,” Acton recalled. “When I got in touch about Sadie, the shelter was definite that even though she was older, she would have some time left. I thought, ‘What’s one more kitty in the mix?’”

Acton says that when Sadie walks, she’s a little wobbly, and her arthritis causes her to modify her movements — instead of jumping off the bed, she slides down. She’s on a special kidney diet for stage 2 renal disease, and the veterinarian detected high blood pressure, which may need treatment.

But Sadie’s very distinctive looking, Acton says, almost regal, her fur shining with black and gold tones. And very sweet, sometimes crawling into bed with Acton and the other cat, Marmo, 13, at night. “Sadie likes to get close to your face and then makes a little snort, sort of like breathing you in,” she said.

“Being a senior myself and having all senior pets,” said Acton, “I wanted to give Sadie a chance.”

Celebrating its 75th year, the Animal Welfare League of Alexandria is a local 501(c)(3) organization that operates the Vola Lawson Animal Shelter, Alexandria's only open-access animal shelter. In response to the global pandemic, the AWLA has established a virtual adoption process and is operating a Pet Pantry that provides pet food and supplies to community members in need. The AWLA also offers assistance to Alexandrians with questions about wildlife and animals in the community. More information can be found at AlexandriaAnimals.org.