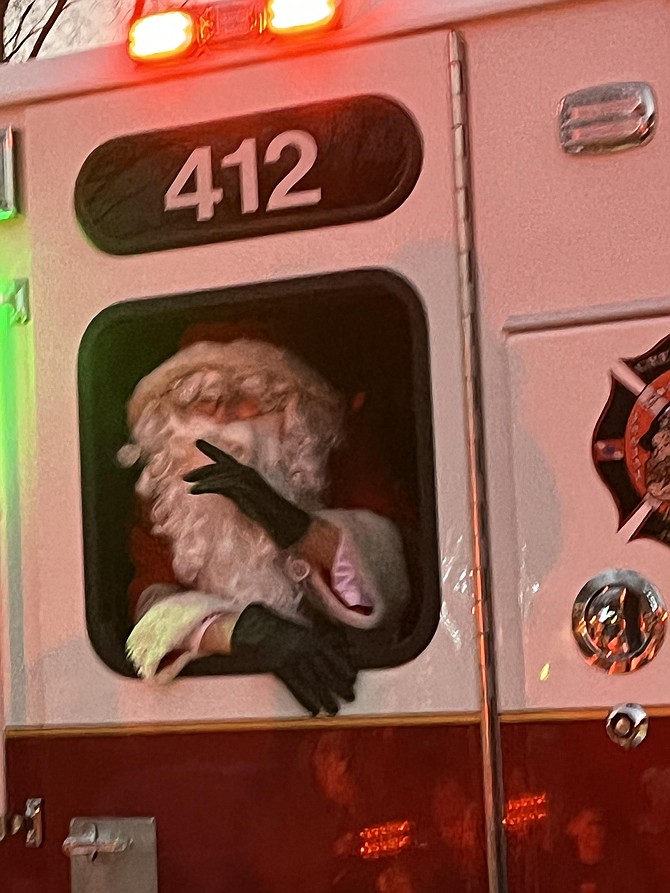 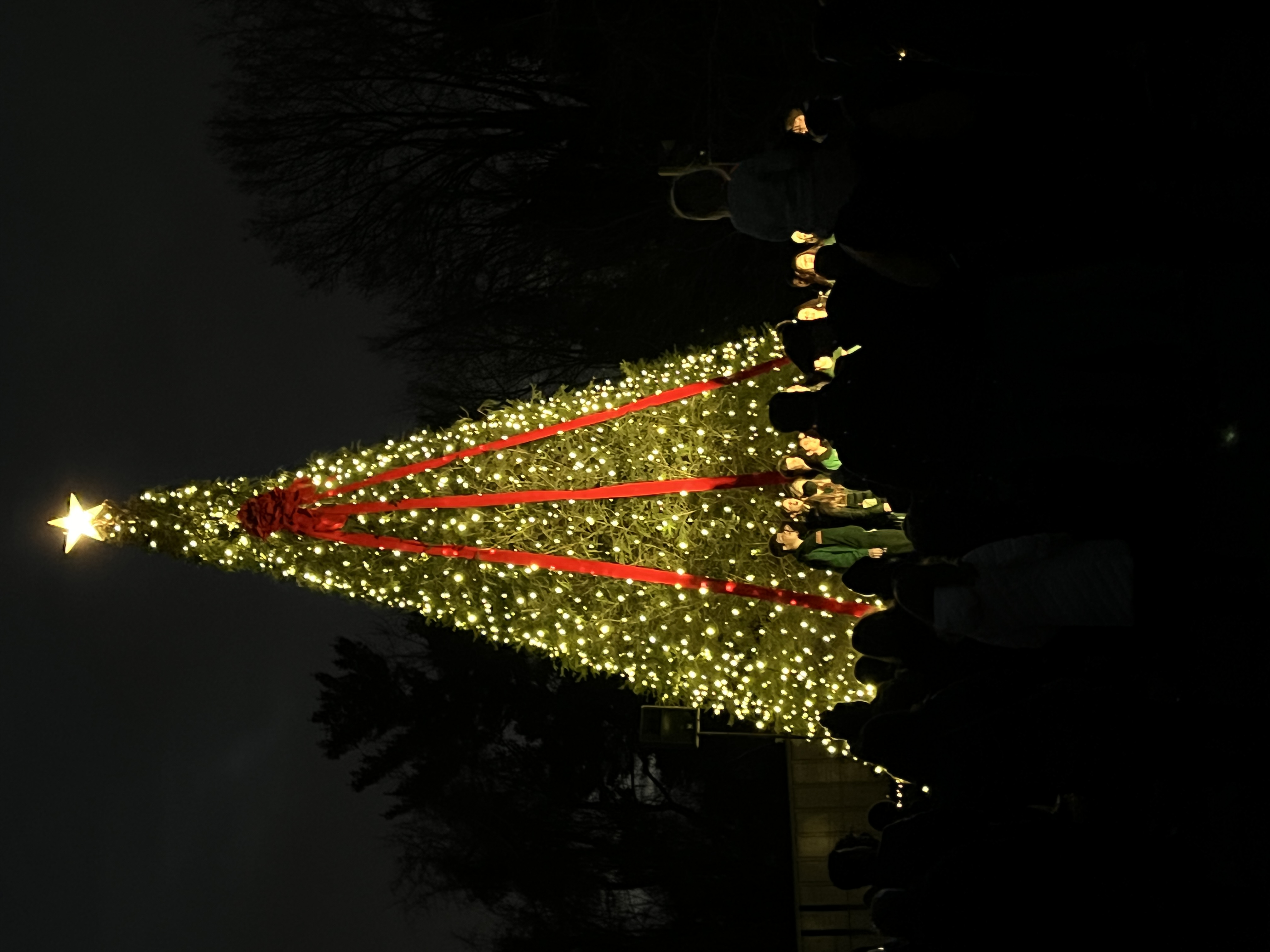 they celebrated the start of the holiday season. Local school choirs sang Christmas classics while young musicians gave their debut orchestra performances, much to the joy of family members who could only see their children on their cell phone screens held high in the air due to the crowds. Event sponsors offered complimentary hot chocolate, cookies, and even popcorn to families patiently waiting in line for the treats.

Josh Folk of Great Falls, his wife Helen, and their two young children came to a halt at the foot of the slope leading to the yet-to-be-lit tree, and the activities assembled by organizer Celebrate Great Falls.

To his right, the Sexton Christmas Trees' team was chain-cutting a half-inch of wood from the base of a newly purchased conifer, reopening the resin-covered cells so the tree could absorb water. They carried it to the rooftop of a Suburban. To his left, middle schoolers, unattended, sprinted about the Village Field playing tag. At the same time, smaller children deposited their letters to Santa into the mailbag tied to an antique U.S. Mail truck. In front of Josh, a petting zoo and pony rides awaited his two little girls, Cora, 2, and Charlotte, 4.

"This village feels like a Hallmark movie," Josh said to his wife, Helen. 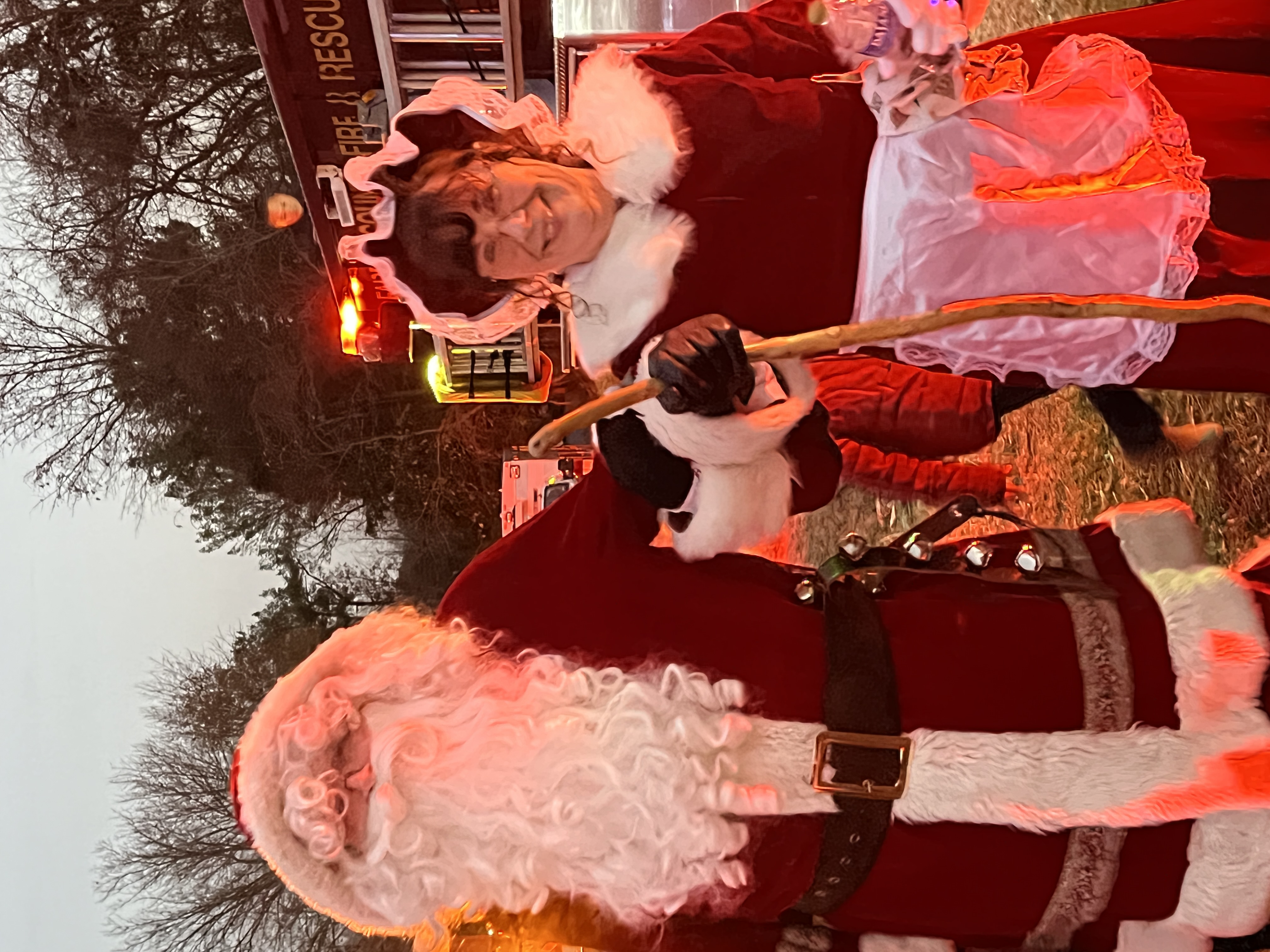 Santa and Mrs. Claus make their way to the tree. Being a reported 1,750 years old, according to the blog Email Santa, Santa Claus needs a walking stick to maneuver the uneven ground.
A few moments later, at 5:06 p.m, lights flashing, Engine 412 of Fairfax County Fire and Rescue Station #12, Great Falls Volunteer Fire Department, arrived with two special passengers, Santa Claus and Mrs. Claus. Waving from the opened window of the firetruck, Santa greeted his fans, young and old. He climbed down and, holding tight to a hand-hewn walking stick, Santa and the Missus made their way through the crowds of people to the Great Falls Christmas tree, waiting in the darkness.

"Ten, nine, eight, seven, six, five four, three, two, one.  Lights," Santa called out. And the light shone down on everyone.