‘Reality-Bending Acts of Magic and Mindreading’ 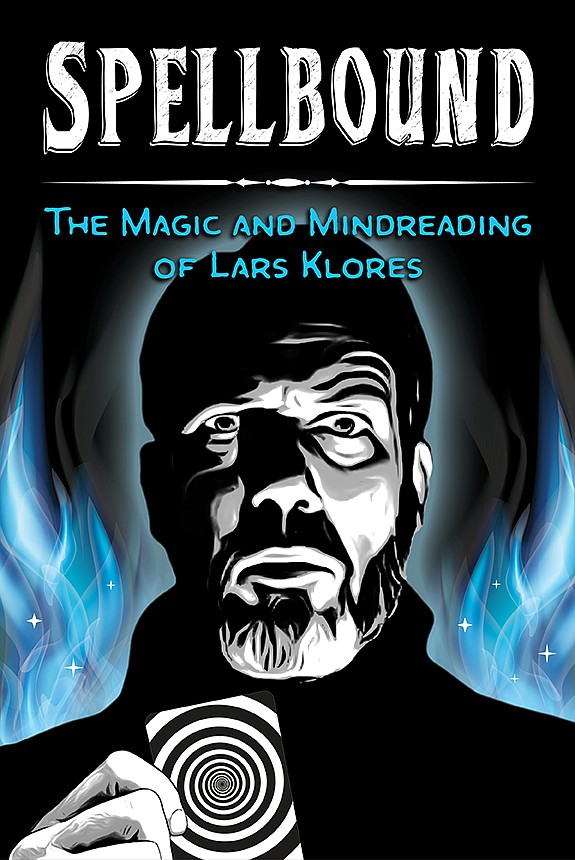 Lars Klores has been a magician for more than two decades.

​The City of Fairfax Theatre Co. (CFTC) is kicking off its 2021 season with a magical production called “Spellbound.” Because of the pandemic, it’s virtual, but those involved say this experience will be one that transcends the screen.

Returning after his original, 2018 smash hit, “Orson the Magnificent,” Lars Klores – a practicing magician for more than 20 years – has created his second, one-man show celebrating the art of magic. Using Zoom in ways no one has previously imagined, people in the audience will discover the mystery and shock happening in their own homes, via their own hands.

“Lars has found a fun way for people to interact with magic in real time over a virtual call,” said CFTC Artistic Director Amanda Snellings. “But it’ll be unlike any Zoom event anyone has attended in the last 10 months. I’m excited for CFTC to share this innovative way to connect with live theater and let people enjoy a communal experience from the safety of their own homes.”

THE SHOW runs Feb. 5-14, Fridays and Saturdays at 8 p.m., and Sundays at 3 p.m., and people may watch it from anywhere their screen is. When tickets are purchased for this one-of-a-kind event, a Mystery Packet will be sent to their homes, plus an “Audience Instruction” email.

However, each packet must remain unopened until – at Klores’s direction during the performance – the bits and pieces are unsealed, and the audience members become the ones making the magic happen. “This is the perfect show for couples or families,” said Snellings. “It’s easily accomplished in a quarantine setting and designed to be socially distant.”

Tickets are $30/household, and people interested in seeing and participating in this show are urged to purchase their tickets quickly. That’s because sales for all performances will be closed one week prior to each performance.

“We need sufficient time for the Mystery Packets to be mailed and received by our audience members,” explained Snellings. “The geographical limit to this show is the continental U.S., and the individual dates are limited to 24 Mystery Packets each.”

To buy tickets, or for more information, go to www.fairfaxcitytheatre.org/spellbound.html. The show runs for approximately 80 minutes. It’s intended for adults, but is appropriate for children, 8 and older, who have an interest in magic.

“The City of Fairfax Theatre Company is proud to host Lars Klores for another one of his phenomenally successful, one-man-shows,” said Snellings. “‘Spellbound’ is a reality-bending, virtual performance featuring astounding acts of magic and mindreading, with effects that happen in your own home This show will manipulate your eyes, your mind – and even your hands, altering your perception until you won’t know what to believe.”

What makes it amazing, she said, is that “You’re not just watching a Zoom play with magic – you’re actually participating. The magic unfolds on screen and in your home, simultaneously.”

“And because of the Zoom technology, all the audience households can see and hear each other’s reactions, just as if they were at a theater together, in person,” continued Snellings. “Lars’s expertise and skill in magic is matched by his storytelling and entertaining abilities, making this a great evening to enjoy with friends and family, near and far.”

“In these times of isolation, we’re all looking to experience something outside of the four walls of our daily reality,” said Klores. “I'm hoping ‘Spellbound’ provides that escape. And since traditional magic shows can’t be performed right now, I asked myself how I could use the restrictions to create a show that’s even better than a traditional, magic show – and ‘Spellbound’ is the result.”

KLORES, a two-time president of the Washington, D.C. chapter of the Society of American Magicians, called “Spellbound” a unique experience that people won’t be able to have any other time.

“Theater has always been about creating experiences that transcend the mundane, whether it’s the final note of a powerhouse musical number or the emotional climax of a great drama,” he explained. “Magic has always been an art that can provide that feeling of wonder – and I think the wonder is increased exponentially as the conditions get more and more difficult.”

Some of this show’s effects are Klores performing for the audience, some are interactive with the audience making choices, naming cards, etc., and the rest are performed in people’s own homes under his instruction. “These in-home effects are what make ‘Spellbound’ a truly special experience,” he said. “The magic will happen right in front of the audience, with no explanation other than the magician being able to control their thoughts and movements – which we all know isn't possible – or is it?”