The Good American is Also a Neighbor
Votes

The Good American is Also a Neighbor 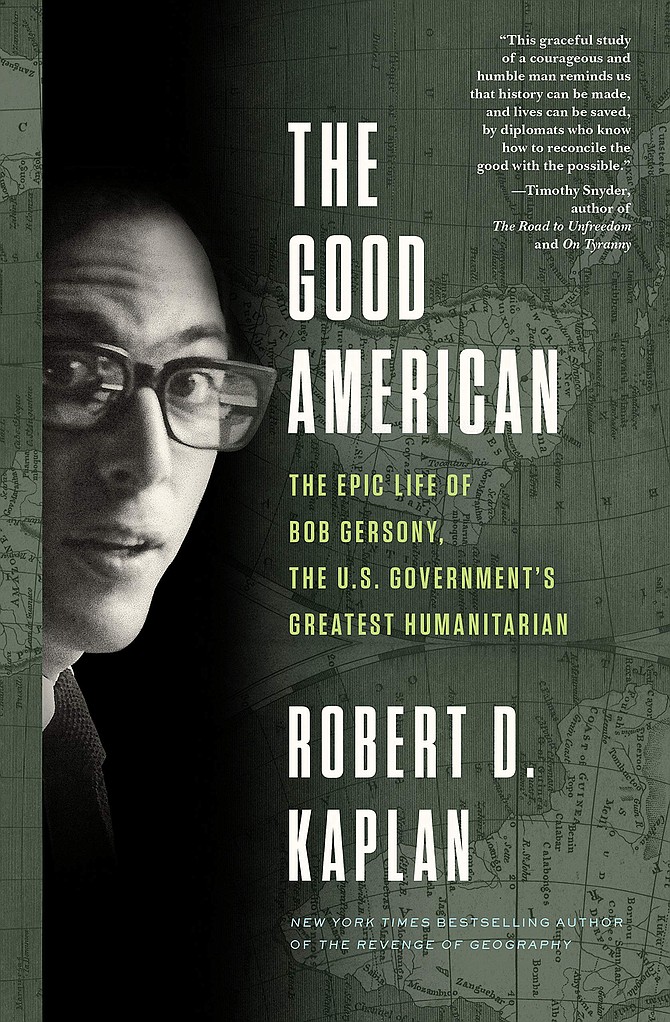 The Good American: The Epic Life of Bob Gersony, a new book by well-known author Robert Kaplan, reads like a thriller. But to the reluctant subject of the book, the title is something of a misnomer. Bob Gersony, a 20-year resident of Great Falls, says the book is not about him, but about the 8,200 people who he interviewed over his 40+ years working in distressed areas of the world including Serbia, Rwanda, Somalia, and Nicaragua and the dedicated UN, US, and other relief workers with whom he worked.

How Gersony, a Vietnam veteran and former commodities trader, ended up spending seven years in the beautiful colonial city of Antigua, Guatemala and opening a language school, still in business 40 years later, is its own adventure. He returned to Guatemala after a massive earthquake in February 1976. While aid organizations had responded, as they always do, with donations of clothes and food, Gersony, who by this time spoke fluent Spanish, took a more logical approach; he traveled to the site of the landslide to talk with victims of the disaster. They had food and clothes, he found, and their harvest had been good. What they really needed were the materials to rebuild their homes. With OXFAM (a British charity) money, he arranged for sheet iron to be imported at much reduced costs. Rather than simply receiving handouts, the local people were able to use their harvest proceeds to buy the materials to rebuild their homes. He used this straightforward approach in neighboring El Salvador – creating jobs, including building cobble-stoned streets that are still in use today. A consistent theme for Bob is the dignity of work in contrast to creating a never-ending dependence on foreign aid.

BOB’S WORK in Latin America caught the eye of a senior State Department officer who believed in the same approach – talking to people one-on-one to understand their situations rather than making blind decisions for them from an office in Washington. His life was hardly glamorous. He spent long weeks in the field, sleeping on dirt floors with his local interpreters and drivers, for whom he had the highest regard. Bob got into the habit of eating a single meal a day, a meal that could occasionally include local delicacies like camel liver.

In 1988 Bob met Cindy Davis, who had spent many years in disaster relief and who agreed to help Bob collate his findings from interviews in refugee camps in Mozambique. The Gersonys’ relationship grew through mutual respect and a willingness to tolerate extended periods of hardship, including spending the winter in Sarajevo in an unheated apartment where they never took their socks or coats off. The tale of Cindy’s kidnapping in Nicaragua in 1996 is related in the book (and is still on YouTube): when friends ask why they have never heard of it, Cindy notes that it isn’t something that often comes up in conversation. For his part, Bob wishes the book included more about Cindy's significant work at his side.

THE GERSONYS married in 1992 and moved to Great Falls in 2001 following the birth of their triplets. While Bob continued to work overseas until just a few years ago and today maintains his low profile, Cindy is well known in the Great Falls community. Currently on the Board of the Friends of River Bend, she was also active at Great Falls Elementary and other Fairfax County schools her children attended, and was a mainstay of Great Falls Boy Scout Troop 673 for a decade. With her triplets now in college, Cindy travels the states instead of the world to check off some of the few remaining states (e.g., N. Dakota) she has not yet visited. Always looking for new challenges, during the pandemic, Cindy walked the 43-mile Gerry Connally trail across Fairfax and then the 63-mile C&O canal from Harpers Ferry to Georgetown.

‘The Good American: The Epic Life of Bob Gersony” should appeal to anyone with an interest in geopolitics and foreign affairs or who wants to know more about real life in the world's hotspots, where sometimes what you thought was a cat in the night turns out not to be a cat. The Gersonys have made several presentations to small groups and with covid restrictions being lifted, they hope to do more. There have been a number of reviews in national newspapers, including the Washington Post and the Wall Street Journal, as well as several podcasts. “The Good American” is available through the Fairfax County Library and various online book sellers.