Opinion: Commentary: Why I Care About Palestinians
Votes

Opinion: Commentary: Why I Care About Palestinians 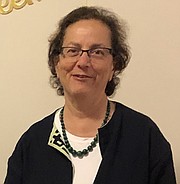 In 1970, when I was 14, I volunteered at the American University hospital in Beirut. As a candy striper, I delivered food trays to the patients in their rooms. As I took a tray into one room, I saw a patient wrapped like a mummy. The only visible part was her face and her charcoal burnt lips. The nurse asked me to feed her. I will never forget her pain as I gave her a salad seasoned with lemons. I did not know what to do. I could neither wipe the lemon off her charred lips nor dilute the sting with water. She was a Palestinian refugee whose family had fled to Jordan when Israel was established and whose camp had been bombed by the Jordanian Army. Thus started my journey with Palestinians.

A couple of years later, I volunteered with the Lebanese Red Cross as a first-aider. We taught first-aid classes in the South of Lebanon where Israel regularly carried out air raids. The South was populated with poor Lebanese farmers whose main crop was tobacco. The government set the price of tobacco and by doing so, ensured that these farmers would remain poor. Palestinian refugees from Israel joined the local population. They all lived in the same miserable, unsafe conditions so they combined forces to build themselves bomb shelters. The Lebanese government destroyed the shelters under the pretext that they had no permits to build them; they were unprotected - twice abandoned.

As a first aider, I was once called to pick up the wounded from a Palestinian camp in the South after an Israeli raid. We rushed to the camp, only to be stopped at the gate by Palestinians as it was not safe to enter the camps. We could not even get out of the ambulances as the area along the road was full of landmines. We returned to our base empty-handed; we did not save a single soul. These experiences introduced me to the plight of Palestinian refugees. “Refuge” was an elusive concept for them.

In 2012, I visited my son in Ramallah, Palestine. He was volunteering with KIVA approving micro-loans for Palestinians to start their businesses. He spoke of the Palestinians' hardships but also about their generosity, resilience, kindness, culture and hospitality. When I got there, we went to Israel and spent a few days in Jerusalem where I took a narrated tour of current and past Palestinian neighborhoods with ICAHD (Israeli Committee Against Home Demolitions). It was a devastating tour as we saw Palestinians being deprived of basic human rights, dispossessed of their homes and lands, harassed daily and made to give up. When I asked what we could do to help as Americans, the Israeli Jews giving the tour told us to convince our Congressmen to stop funding Israel. When I told them of the power of AIPAC (American Israel Public Affairs Committee) they told me AIPAC is a tool in the hands of the American government that allows it to implement its policies. That comment was by Israeli Jews: my tour guides wanted our help to save not just the Palestinians, but the soul of Israel.

A few years later, after watching the premiere of the movie 'Omar' at the National Geographic Society in DC I realized Americans watching the movie didn’t register the inhumane conditions of the Palestinians living under occupation in the West Bank. I came out of the movie sick to my stomach — I’d seen those conditions — and as I was walking through the reception that followed it, I overheard people saying how much they enjoyed themselves. They didn’t know about the Separation Wall or how the social fabric of Palestinian Society was torn apart by the Israeli secret police. They thought the movie was just a work of fiction. I had to do something, so I joined Jewish Voice For Peace, an organization that was fighting for Palestinian rights and Jewish values.

A few weeks ago, when Israel started bombing Gaza yet again, I tried to offer refuge to a friend in Gaza, who at first said no, he wanted to stay in Gaza as an act of resistance — the more Israel bombed the more he loved his country. But within days he agreed the situation was terrifying his two young girls and he would do anything not to see that look of fear in their eyes. Their building was shaking as we spoke. But he didn’t qualify for a visa to the U.S., nor did he qualify for political asylum or refugee status. He was stateless and his plight invisible to a country that accepts many other refugees escaping war, discrimination, and domestic violence.

We aren’t innocent bystanders: these planes and weapons come from the U.S. and are bought with U.S. taxes. It’s not just the soul of Israel that is in danger, it’s our soul too. We can no longer look the other way.

Najla Drooby is an American-born Lebanese who grew up in Lebanon and moved back to the US at age 21. She is a computer scientist, retired IT project manager, peace activist, refugee resettlement volunteer, a member of Arlington-based We of Action (WOFA), a big fan of the Arlington public library, and an Encore Learning of Arlington student for the last 6 years. She raised two children in McLean and considers Arlington her "backyard" as she lived near the border of McLean and Arlington and identified with Arlington's liberal-minded outlook.