This Town of Herndon Protects Its Homeowners
Votes

This Town of Herndon Protects Its Homeowners 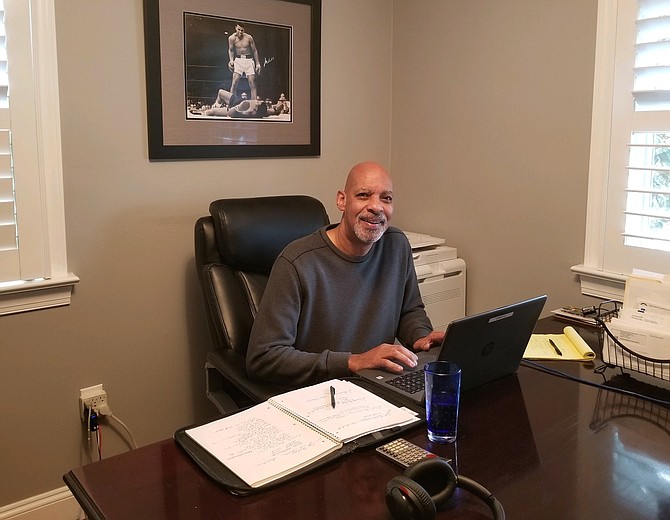 Cory Laws works from his home office during the pandemic. Photo contributed

In the Town of Herndon, homeowners, regardless of income levels, have an ally on their side when dealing with contractors. Whether adding a room, updating a kitchen, or even getting rid of pests, Town staff person Cory Laws can help consumers spend less time selecting a contractor and avoid costly mistakes and misunderstandings by reviewing written agreements before execution. Relaying a conversation with David Stromberg, Zoning Administrator of the Town of Herndon, Laws quoted Stromberg to say, "You're the one person in Town everybody likes."

Though Laws cannot magically remove the inconvenience of the noise and dust, he can help homeowners understand contractor contracts. Laws will let the homeowner know if the work and bill scopes are not compatible or other issues come to light.

LAWS has been the Housing and Neighborhood Improvement Coordinator for the Town of Herndon since 2019. The position is funded in part by a HUD Community Development Block Grant through Fairfax County, with other costs covered by the Town.

When COVID-19 hit in March, the problem Laws faced became what kind of service could he provide when people didn't want him in their homes, and neither did the Town, each wary of possible coronavirus transmission.

"I had to come up with a new way of staying busy and advancing my mission," Laws said. When he entered the position, the Town-released flyer stated that the program was designed to help homeowners maintain their home's structure, appearance, and value. It's just the focus (that has changed), and what I'm able to do, allowed to do, and good at doing that can still provide benefit to people," he said.

Laws currently reviews contracts from large-scale additions to even the smallest project obtained by the Town of Herndon homeowners. Resident and homeowner Carolyn Wright contacted Laws when she needed a new stoop and railing. "He (Laws) was instrumental in helping me find somebody that could do this, and not a minute too soon...We went over the contract to make sure it was okay… He's had experience in those areas… Cory's going to be my go-to-man," Wright said.

One of Laws' "pet peeves" when reviewing written contracts is that contractors have the right license for the job and proper insurance. "I want to check the licenses with the state.. and each jurisdiction requires its license (too)." License status in Virginia can be verified at Virginia Department of Professional and Occupational Regulation.

THE FINANCIAL TERMS of the contract must also be clear. As a Class A contractor, Laws said, "I know what things should cost." Asked about the worst contract he reviewed, Laws described a contract a Town of Herndon homeowner brought to him for pest control.

"It was horrendous. It was weasel-worded, way too much money, and basically invalid. It was written so poorly or well, depending on your perspective, that it eschewed any liability on the part of the company… Working with a contractor is difficult. If you need help, want help and advice from a contractor who is on your side, and it won't cost you anything, call Cory Laws," he said.