Supervisor Lusk opened the floor to constituents who had a few suggestions. 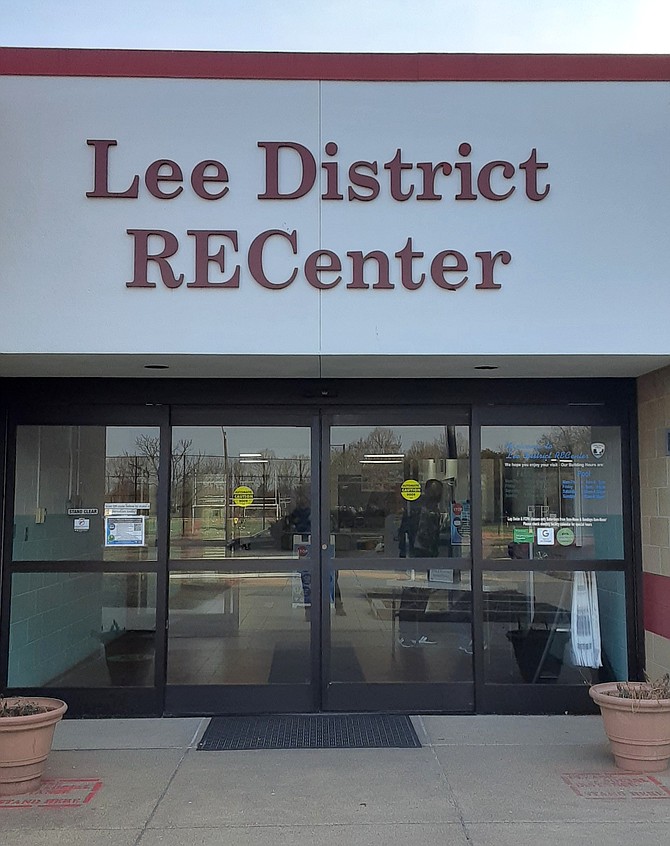 The Lee District name may have to go.

(Click on "Download .JPG" to see large map.) This historic 1878 map of the districts, called “Hopkins Map,” from the Virginia Room, shows that district names have been changed through the years. 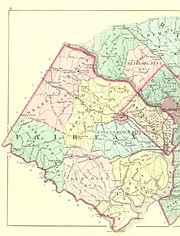 Seemingly, everyone in Lee District knows the district is named after Robert E. Lee, the head of the Confederacy in the Civil War that ultimately ended the practice of slavery when the southern states lost and the Union won the war. Or maybe it’s Fitzhugh Lee, another Fairfax County confederate that lived over near Burke, or another lesser-known Lee that lived here back in that time.

These historical figures were all brought up in the first meeting Supervisor Rodney Lusk (D-Lee) held last week to change the district’s name. This renaming is a move that’s consistent with similar actions around the country to get away from historical people with links to slavery. Lee High School was recently renamed John R. Lewis High School, a prominent civil rights leader and author, and this followed the removal of many statues across the nation that started last year with the death of George Floyd, and the Black Lives Matter movement.

Lusk’s meeting was held over Zoom, like all the other meetings throughout the year due to the pandemic, and it was a productive way to hear various opinions about this issue. “This is an opportunity to begin the dialogue,” Lusk said, before going into the possible channels it would take to rename a district in Fairfax County. It’s been done before without much fanfare, and Lusk laid out a timeline for the continued dialogue he’s planning. In the end, a new district name could be in place by December 2021 “if the community is so inclined,” he said.

The history of Fairfax County is a good basis for a historical discussion like this, and Lusk brought in Chris Barbuschak, an expert from the Virginia Room at the main county library, who explored the county’s history just after the Civil War. Barbuschak mentioned that he did not find any documentation that Lee District was directly named for Robert E. Lee. In 1870, the county was divided into townships, and one was Lee Township, and Lee was still alive at that time, but no one at the meetings mentioned Robert E. Lee. “No surviving records documenting this,” Barbuschak said.

At that time, one of the townships was named “Stonewall,” presumably after confederate general Stonewall Jackson, but that was changed. “I wish I had more to tell you,” Barbuschak said.

Then came input from the outside in the form of prewritten questions and 100 people that dialed into the meeting. One of the questions was about not renaming it at all. “It is possible the name will stay the same,” said Lusk. Another mentioned the time and money spent with renaming it while other things need attention. “Of course we’re going to have to be cognizant of the cost,” Lusk said. “My office is not spending countless hours on this,” he said in response to a similar question, and then he pointed out the amount of energy his office has devoted to helping small businesses that are barely surviving in the face of the pandemic. To Lusk, that seemed like a more pressing issue at this time.

When it came to the participants on the call, there was a lot of support for changing the name. The Lee name brings up a “painful history,” said George Alber, a member of the Fairfax NAACP chapter. “It goes against the goal of a just, unified country,” he said. A mother of Lee High School students spoke up. “I hated the fact that my kids went to Lee High School,” said Karen Rhem.

There were several suggestions including a few ideas of what the new name could be, including a Native American option, said Thomas Sachs, or “Telegraph,” after historic Telegraph Road, said Esther Farington. Several people recommended staying away from a person’s formal name, noting that it might present problems in the years to come.