‘The beginning of a community conversation’ 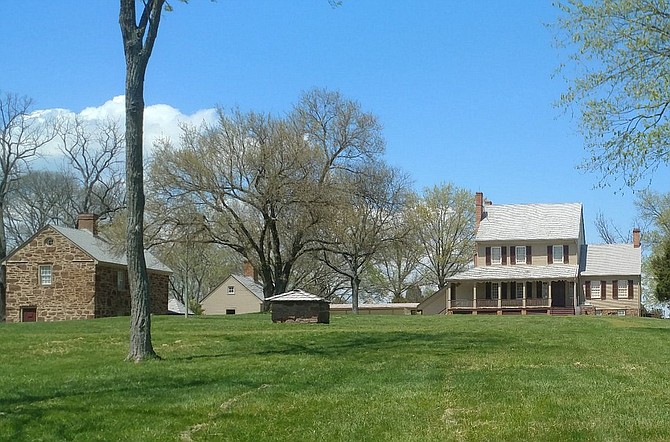 Sully Historic Site in Chantilly was restored in 1976.

In March, Fairfax County’s Redistricting Advisory Committee (RAC) recommended renaming the Sully District. And on June 2, an online meeting was held to discuss the possibility.

“This is the beginning of a community conversation,” said Supervisor Kathy Smith (D-Sully). “And I encourage you to speak to friends and neighbors who don’t know this is going on.”

The sticking point for the committee is Sully Historic Site’s ties to slavery. So Liz Crowell, the county Park Authority’s Cultural Resource Branch manager, presented and explained several informational slides about the history of Sully Historic Site and its past owners.

Now off Route 28 in Chantilly, Sully was the home of Richard Bland Lee and his wife, Elizabeth Collins Lee. They lived there from 1794-1811, and Richard was a planter, jurist and politician – as well as Northern Virginia's first representative to Congress. He was also the uncle of Robert E. Lee; and while the Lees lived at what was then called Sully Plantation, the farm was supported by the labor of enslaved African Americans.

However, although many Lee family members supported the Confederacy, none lived at Sully during the Civil War. But for 18 years, beginning in 1811, other people lived there and owned slaves.

It was later renamed Sully Historic Site, and the Park Authority restored the home in 1976 and furnished it with Federal-period antiques. The grounds also feature the original 18th-century kitchen/laundry, smokehouse and stone dairy, plus a representative living quarter for enslaved people. Richard and Elizabeth Lee are buried in the cemetery there.

When Fairfax County added a ninth magisterial district in 1991, it was named Sully, after Sully Historic Site. Chris Barbuschak, a librarian with the Virginia Room of the county’s public library, wrote a report about how and why the new district was named Sully.

“In 1991, the population of western Fairfax County had dramatically increased – especially in the Centreville and Springfield districts,” he explained to the meeting attendees. “So the Sully District was created out of some of the Centreville, Springfield and Providence districts.”

Barbuschak said it was originally proposed to be called the Chantilly District, but Sully won out since that area contained both the Sully Historic Site and Sully Road (Route 28). The new name took effect Jan. 1, 1992, and Michael Frey served as Sully’s supervisor for the next 24 years.

Regarding the district’s renaming, Dan Dolan with Smith’s office said, “We’re not making a decision tonight. But we are looking for public feedback.”

During the question-and-answer period, resident Phil Beauchene said, “I have no problem renaming a district if it causes pain to any of my neighbors. But why didn’t RAC also consider renaming two other districts highly associated with slavery – Mason and Mount Vernon?”

Smith replied that, in RAC’s opinion, the name Sully “violated the One Fairfax policy, was related to the area’s Confederate past and was associated with slave ownership.” One Fairfax is a social- and racial-equity policy committing the county and its schools to intentionally consider equity when making policies or delivering programs and services.

“I’ve lived in Sully eight years, and Sully Plantation was a place where slaves were owned,” said resident Robin Wilson. “So what message does it say to associate one-ninth of the county with it? I support changing it. I don’t see compelling reasons to keep it, since it was a place of terror for many people.”

However, resident Jim Hart argued that “Sully is a French name that has older and different, historic connotations. And the French soldiers helped the U.S. during the American Revolution.”

But Crowell said she looked and couldn’t find anything directly relating Sully’s name selection to the French.

“I think the question is, do we want our district named after a place that enslaved people?” asked Smith. “I want to get more feedback from the community.” Residents may send her their comments on this matter at sully@fairfaxcounty.gov.

Meanwhile, although only a handful of people viewed the online meeting, there is considerable opposition to the name change. Jeff Parnes is president of the Sully District Council of Citizens Assns. (SDC), which represents at least 6,145 local families. And on March 1, he wrote RAC a letter expressing that opposition and stating that, at the SDC’s Jan. 26 meeting, it voted to recommend to RAC that Sully’s name not be changed.

“Based upon our review of the Advisory Committee's draft report to the Board of Supervisors, we do not believe the primary reasons cited in the report as justifying the name change for the Sully District are valid,” wrote Parnes.

“We fail to see how Criteria 3 – Is the name related to the Confederate past? – is applicable. At best, the ‘Confederate relationship’ is that Richard Bland Lee was the uncle of Robert E. Lee. We also note that Richard Bland Lee died on March 12, 1827, some 34 years prior to the beginning of the Civil War. We do not believe a family relationship of this nature validates Criteria 3.”

Furthermore, wrote Parnes, “We did not see any valid reason cited in the report of why Criteria 1 – Does the name violate the spirit or explicit meaning of the One Fairfax policy?’ – would apply only to the Sully District. If the use of any former plantation name is unacceptable in Fairfax County as a violation of One Fairfax, how can Mount Vernon be retained?

“Has there been any discussion of changing Mount Vernon to the ‘Washington District’? That would seem to maintain the historical relationship with George Washington, would do nothing to change the name of the estate, but would remove the linkage to slavery. We could envision a concern relative to Criteria 1 being deemed appropriate to some degree to any and all of the current, supervisor-district names.”

Parnes also stressed the expansive public interaction that took place when the potential renaming of the Springfield District was being considered. “Apparently, in the absence of any citizen requests for this action to be further investigated, the question was dropped,” he wrote. “That being the case, I’d suggest Sully District’s name be changed only after a ballot referendum to that effect, across all the election precincts which define the Sully Supervisory District. We do not believe a change of this nature should be left just to a simple majority vote by the current Board of Supervisors members.”

To exemplify the historical importance of the Sully name and its association with both Chantilly and France, Parnes noted it was instrumental in the invitation of then Sully Supervisor Frey to the WWI commemoration activities in Chantilly, France, in 2014.

Parnes said more interpretive signage is needed at Sully Historic Site, plus “better Virginia history education – not an erasure of history. If we acknowledge the truth of our history, we can teach all ages that people are people, regardless of our differences, and that slavery was wrong.

“In today’s world, we use terms like kidnapping, human trafficking, etc. Might the truth extend past historical wrongs to today? We ask that the Fairfax County Redistricting Advisory Committee not include Sully District as a candidate for renaming.”