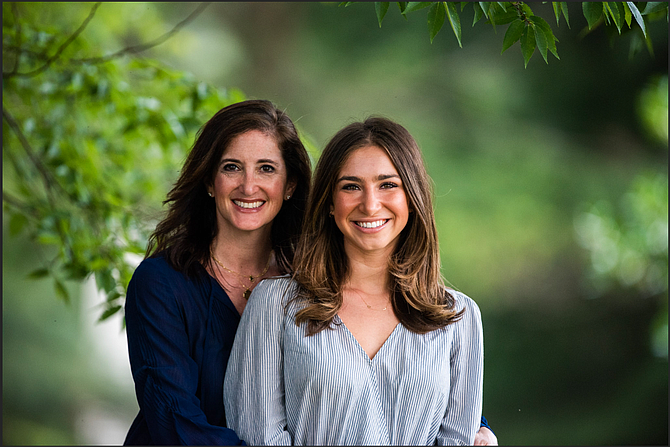 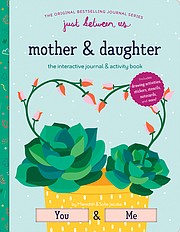 The “Just Between Us: Mother & Daughter” Journal will be released next month and is designed to strengthen mother-daughter relationships.

As a middle school student, Sofie Jacobs was at times mocked by other girls for her fastidious study habits and the good grades she received as a result. She joined an after-school cheerleading and dance class, but was taunted because of her lack of talent. At the time she didn’t want to discuss the pain she felt from the rejection by peers, who she now labels as “mean girls.” Initially, Sofie rebuffed her mother Meredith’s efforts to console her. There was one place, however, where she felt comfortable expressing her feelings without the shame or humiliation: her journals.

“I remember so clearly the night she came home, ran to her room, and slammed the door,” said her mother, Meredith. “I could hear her crying, but she didn’t want to open the door or talk to me. Finally, she opened the door and handed me the journal where she had poured everything onto the page. After I read it, we were able to talk about it.”

“Writing in my journal took away any worries about my mom’s immediate reactions,” said Sofie, now 24. “It also let me work out my thoughts and have space for myself. I’ve always thought the most important thing in writing is the eraser. You rarely risk saying something you wish you hadn’t said when you’re writing.”

“If we have a relationship with our children that is based on respect and trust and is non-judgmental, ours will be the voice they hear, that resonates. We will be the ones they turn to when they aren’t certain.”

Journaling became part of the foundation of Meredith’s relationship with Sofie. To help others, they created an interactive journal called, “Just Between Us: Mother & Daughter Journal” that is designed to inspire conversations and healthy communication. It will be released next month and is an updated version of their first book, which they published ten years ago.

MOTHER-DAUGHTER relationships can be among the most difficult to navigate and maintain, say mental health professionals. Patterns range from an unhealthy closeness to a distant connection that is devoid of emotional intimacy, affecting mental and emotional health.

Enmeshed is the way that psychotherapist Joyce Marter describes relationships that lack boundaries. “This is when the mother and daughter have a symbiotic relationship that doesn’t allow for healthy separation and independence,” she said. “They simply are too close. This can make it difficult for the daughter to develop a healthy sense of self as her own individual person or to separate and individuate into an independent adult.”

At the opposite end of the relationship spectrum is a relationship that is characterized by control and disconnection. “The mother and daughter are not emotionally close,” said Marter. “This can happen when they haven’t had a proper bonding experience, haven’t spent enough time together, or don’t relate or connect on a deeper emotional level. It can also happen when a mother is too authoritarian and controlling and there isn’t a sense of respect or trust for the daughter as a capable person.”

An ideal relationship has a healthy balance of attachment and healthy separation, advises Marter. “The daughter feels loved, understood, respected, valued and supported by the mother and also feels free to be her own person with her own life and interests,” she said.

It is possible to repair what is broken, cultivate what doesn’t exist and maintain what is working, says Tori Stone, PhD, Assistant Professor, Counseling at George Mason University. Stone said there are many ways to develop healthy mother-daughter relationships, particularly at an early age.

“Try to be emotionally present when you are with your daughter and listen when she is ready to talk,” she said. “Resist the impulse to provide advice or solutions. You can ask, ‘Is there anything I can do to help?’”

During teen and preteen years, mother-daughter relationships can be difficult to navigate. "Give choices whenever possible. Set expectations [and] reasonable limits that have reasonable end dates,” said Stone. “Let your daughter know the consequence in advance. For example, cell phones are a privilege, if you do not follow through on responsibilities, you will lose your phone privilege.”

Securing and harmonious relationships requires parental guidance, but also space to flourish, says Stone. “Detaching with love does not mean we don’t care about our loved ones,” she said. “Rather, it means having a healthy separation in relationships where you do not try and control. We must separate enough to allow them to make their own mistakes so they can learn. They need to be free to be their authentic selves instead of living as we hope or expect them to be.”

Infusing an element of light-heartedness into a mother-daughter relationship is an important element that the Jacobs express in their books.

“We thought we could help other mothers and daughters have the kind of conversations we had through our journal, but insert the humor that Sofie and I share to make it fun,” said Meredith. “There is a lot of trust that is built through those silly moments that help form the foundation for when it’s time to have harder conversations.”