Mother’s Day Reflection: Our Mothers Had Few Rights, Much Courage

Reflecting on mothers from a different era 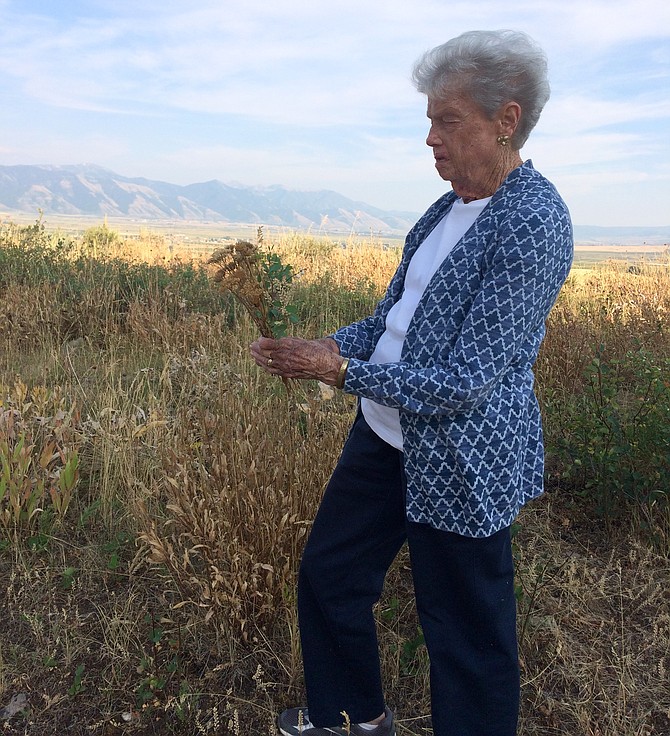 All my friends were losing their mothers, and this year, it was my turn. When we packed out my mother’s room in her assisted living facility after Christmas, my brother delegated the bureau drawers to me as they contained her underthings, her jewelry, trinkets — the core of her femininity. He was ruthlessly plowing through the bookcase, tossing wildly.

There, under the boxes of clip-on earrings and embroidered handkerchiefs, next to the folded half-slips and white gloves, as though it were the most valuable of jewels, was a small black and white service badge saying “Colby Junior College for Women.” She had spent a year there before leaving to get hastily married. It was the kind of badge you sewed on your white blazer with Navy piping and wore with white socks and saddle shoes. It was the only vestige of her brief year of transition from high school to Life, other than her lavish debutante photos. All possibilities were open to her. She came from a good family. She had a roommate she adored. She was pretty, creative, and fun.

I took it out of her bureau drawer and winced a little. She had kept it in that drawer, the contents of which had been sorted many times during countless moves in the intervening 73 years. Her latest moves, when she downsized three times, from house, to apartment, to smaller apartment, to one room had sifted out many more valuable things. She had distributed her silver, her grandmother’s bible, the plaque about her great grandfather, her collection of small porcelain boxes, her blue and white tea cups. But not that sew-on badge. That went with her to the end.

The things in her room told the story of a woman who had survived the vicissitudes of life before women’s rights. It was hard for a woman born in 1928 to forge her way in the world. Women had just received the right to vote. Her father, who had squandered a fortune during the Depression, sent her brother to a fancy prep school because he was a boy, and she went to the local high school because she was a girl. A two-year college would be a finishing school where a man would be met.

She “came out in society” at a lavish dinner dance, the belle of the ball, poised and pleasing. And then she got pregnant. Her mother had never talked to her about birth control, or how easy it is to get pregnant at 19. The young man said he would marry her. He was just home from the war and was going to graduate from Yale University — and there was no other option. She had my brother 8 months later and lived in an apartment near the university, while my father studied, rowed crew, partied, and urged her to learn how to cook.

There was no day care or pre-school, and her husband “wouldn’t allow her to work.” She studied the popular magazines of the time on how to cook, how to be a good housewife, and how to raise children while remaining an attractive spouse. Her second child was severely handicapped and bed bound, her third was okay, her fourth was sick too.

No one told her how to stop the children from coming. She went to church, she sang in the local Bach choir and worked in the Junior League to raise money for charities. She packed her husband lunches for his night shift job at the Bethlehem Steel Company. One child was institutionalized and one died. She endured the abuse as it started, first verbal, then physical, tearing at the fabric of the family. There were no options for women in this situation in 1956.

I winced again when I phoned around to her old friends, many of whom I had never known, to tell them gently of her passing, and they burst into tears, mourning “the best friend” she had been.

“She had the best legs in Liberty High,” or, “She was the leader of the gang on our street.” “Everyone looked up to her.” “She spoke so well in groups, she kept the audience riveted.” “She was elegant.” “She was courageous.” “She was a great practical jokester.” This was not the person I knew. Divorce, single parenthood, working for an hourly wage, alcoholism, losing her children, had taken its toll on that young woman.

By the time she centered herself, it was 20 years later. She met and married the love of her life. And by the time we had a chance to actually talk to each other without the distractions of husbands, children, and jobs - it was only the last ten or so years of her life. Even then, she was a product of the patriarchy that had shaped her. I asked her once whom she had voted for in the last election and she said, “I don’t know: I always let Mike (my step-father) tell me who to vote for, do the finances, and fix the car.” And then she sat down and wrote 50 postcards for Abigail Spanberger and Elaine Luria, following their stories in the New York Times, calling me up to rejoice in their victories.

We had some wonderful times together those last fifteen years. Falling Water for a weekend; going to see the Lavender Farm outside London, Maine; the Jersey Shore. India, where she went on a rickety plane to Amritsar and sat on the floor of the Golden Temple eating lentil stew with her hands from a tin plate, and marveling at the cows, the music, the flowers, the smells. India wasn’t too much for her: it was a Smorgasbord she dined on for months. I took her to Wyoming for my daughter’s wedding, and she swam in the Snake River, her trademark bathing cap in place.

We so often get the last years of our aging mothers wrong. We threw her a big party in New York when she turned 90. It was a loud restaurant on Fifth Avenue and she looked very small, surrounded by her children, grandchildren, and great grandchildren, and very elegant in her tailored Christmas suit. She couldn’t hear a thing and when we walked a bit on the street afterwards she was tired. I drove her home and saw her relief at being deposited back in her room. A few days later she was feeling down and told me all she had really wanted for her birthday was a subscription to the New York Times. I called it in that day.

What I saw as I packed out the room of the person who was my biggest cheerleader, was that brave little girl her friends knew, that teenager who loved to don a pair of shorts and go biking, who wore that blazer at Colby College but never got around to sewing the badge on. As I put my letters to her and my old camp photos in a box, I saw the mother who taught me to love Puccini, who had an unwavering faith in God and who thought of herself as ‘one of the girls’ at 92.

My mother had remained elegant, strong, faithful to her friends, and appreciative of the gift of life. The more I put away her things and said good-bye, the more apparent her legacy was. Aside from the assurance of her unconditional love, she instilled in me her ability to forgive, her intense need for an adventure, her love of a farmer’s market, a swim in a cold river. She bequeathed to me love of tending a garden, Zinnias, the ocean, a simple dinner of carrot pudding and lamb, a good laugh, a warm squeeze of the hand, affection to children, a healthy dose of curiosity, and knowing where the wild bittersweet grows.