Man is charged with hate crime after lunging at guard 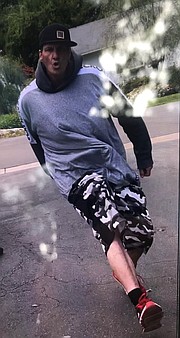 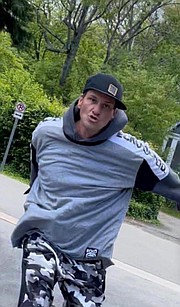 Shortly before Monday’s afternoon prayer at the Dar Al-Hijrah Islamic Center near Seven Corners in Fairfax County, a man who was not part of the Muslim community began harassing those outside the entrance of the mosque waiting to pray. When the security guard at the mosque approached the man to ask him to leave the area, he pulled out a knife and lunged at the guard, then threatened others, before running away. The Fairfax County police posted a picture to help identify him. According to Fairfax County Police spokeswoman Sgt. Tara Gerhard, detectives later identified the man as Jonathan Lincoln, 41, of Falls Church. He was arrested that night for two counts of assault and disorderly conduct. Gerhard said those charges were further defined on Monday night as he was charged with two counts of 18.2-57(A) which is assault, hate crime and disorderly conduct, both classified as misdemeanors.

Many of the Muslims gathering at the mosque expressed their appreciation for the guard, who is well-known to the congregants there, and for the Fairfax County Police’s quick response and efforts to find the man. One Girl Scout troop leader who had been preparing Eid al-Fitr gifts with her scouts at the mosque earlier was grateful that the girls had not been there to witness the frightening assault.