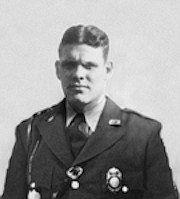 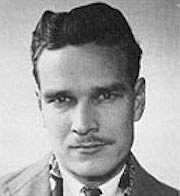 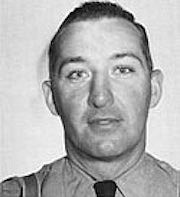 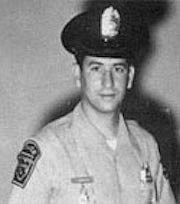 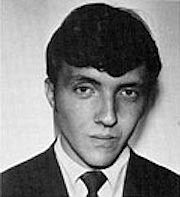 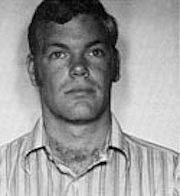 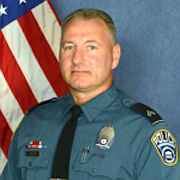 Acting Arlington County Police Chief Charles Penn stands in front of a plaque “In Valor There Is Hope” in the plaza outside police headquarters reading the names of the seven fallen ACPD officers on Monday, May, 10. ACPD and the Arlington County Sheriff’s Office commemorated National Police Week in a virtual ceremony by honoring the lives of Arlington’s seven fallen police officers dating from 1935 to 2016.

Arlington County Board Chair Matthew Di Ferrante attended on behalf of the County Board. He issued a proclamation that allowed the flags to be flown at half staff, proclaiming May 10, 2021 as Police Officer’s Day and taking a moment to remember.

As “Amazing Grace” played in the background, the names of Arlington’s fallen officers are read aloud.

Special Police Officer Louis Shaw died Dec. 6, 1935 when a gasoline tanker struck his patrol car, pinning him in his vehicle when it burst into flames. His death preceded the creation of the ACPD and nearly 70 years later the Arlington County Board passed a resolution recognizing Officer Shaw’s sacrifice.

Detective Russell Pettie was killed in the line of duty on Jan. 20, 1954 as he attempted to serve a sanity warrant at the subject’s residence and was hit in the left temple by a shot fired from a .30-30 rifle.

Motorcycle Officer Arthur Chorovich was killed on Dec. 5, 1964 when his motorcycle was struck in an intersection while he was responding to a Code 3 fire in Virginia Square.

Officer Israel Gonzalez was killed on Oct. 25, 1972 during a bank robbery at the Arlington Trust Company in Crystal Plaza. While Gonzalez was on a routine bank check, he encountered suspects inside the bank disguised as telephone workmen. He was shot three times in the groin, once in the left shoulder and once in the right rear shoulder and died from his wounds.

Officer George Pomraning was killed on Sept. 2, 1973 while transporting a prisoner in his police car who was unruly and appeared to be under the influence of drugs. The subject pulled out a hidden gun from his boot and shot officer Pomraning three times, mortally wounding him.

Officer John Buckley was shot and killed on April 15, 1977 while responding to a silent alarm at Virginia National Bank. When he confronted the robbers at the bank’s entrance, they shot him in the chest, and he later died at Arlington Hospital.

Corporal Harvey Snook III died on January 14, 2016 as a result of the cancer he contracted when he responded to the attack on the Pentagon, which was hit by American Airlines Flight 77. He participated in the recovery efforts for the following week, collecting evidence and the remains of bodies, and was diagnosed with cancer in 2024 related to the recovery efforts. He had served with ACPD for 27 years.