Carter Honored as Officer of Quarter in Centreville
Votes

Carter Honored as Officer of Quarter in Centreville

PFC Brian Carter was selected as the Sully District Police Station’s Officer of the Quarter for the second quarter of 2020. He was honored at a recent meeting of the station’s Citizens Advisory Committee.

His supervisor, Lt. Christina Burrow, nominated him for this award. She wrote that, on April 10, 2020, Carter was working patrol within the Sully District Police Service Area when a call was received at the Department of Public Safety Communications (911) from a frantic man advising that his wife was unconscious and pinned between their vehicle and the garage. 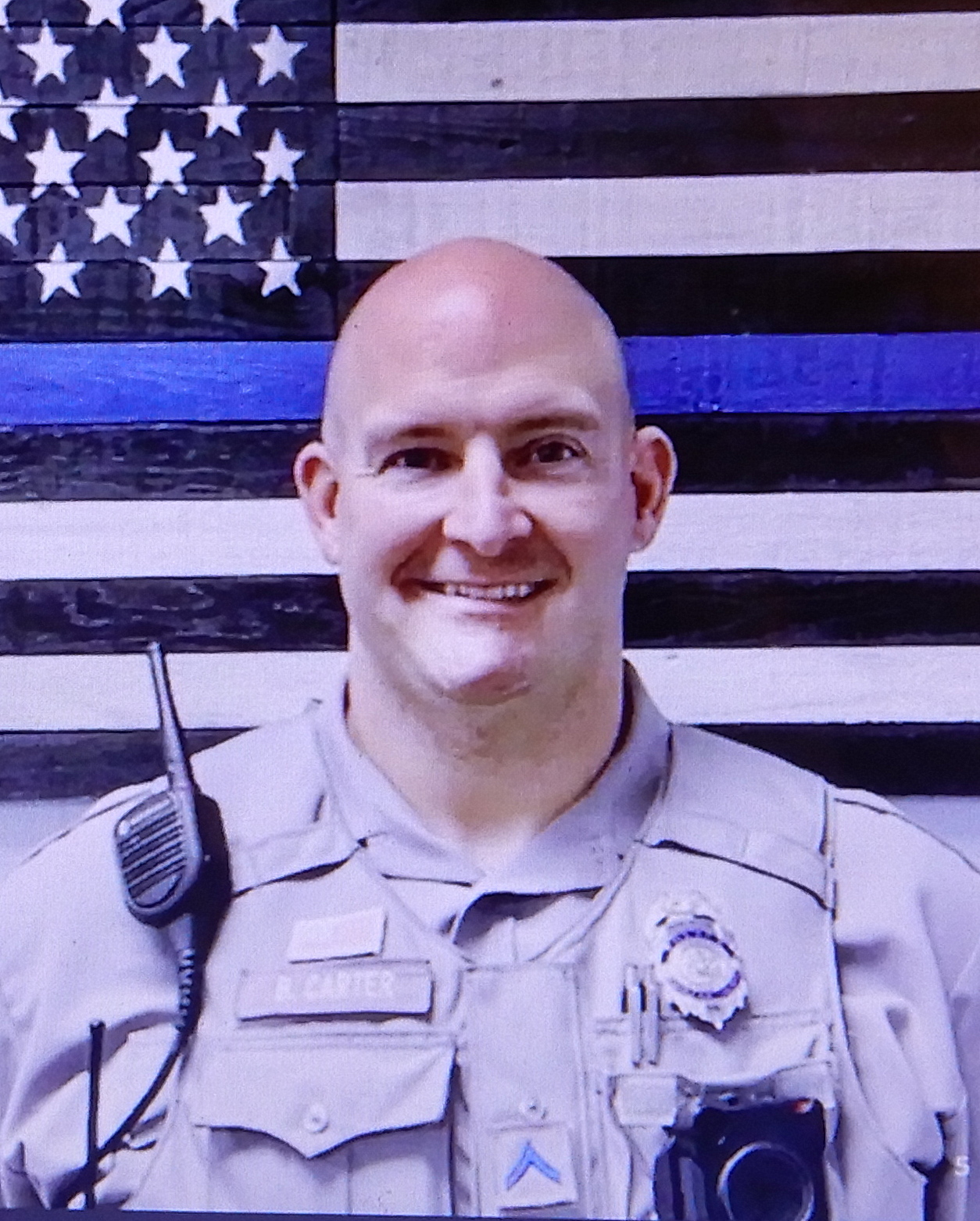 “The man stopped responding to the call taker and could be heard screaming and crying in the background, followed by loud banging,” wrote Burrow. “PFC Carter immediately proceeded to the event. He arrived on scene in less than five minutes and prior to the arrival of Fairfax County Fire and Rescue personnel.

“PFC Carter immediately located the unconscious woman slumped over next to the driver’s side of the vehicle. The woman's husband was frantic and could not explain to Carter what was going on. Carter quickly took control of the hectic scene, directing the husband and citizens who arrived to back away. Carter then pulled the woman into the open area of the driveway and began administering CPR.”

Burrow said the officer continued to administer CPR until fire and rescue personnel arrived and took over. Carter remained calm and helped them as they provided aid to the woman.

“Her husband was inconsolable, and PFC Carter continually provided support to him, while maintaining the safety of the fire and rescue personnel,” wrote Burrow. “As additional units arrived on scene, he directed them to assist the husband, as well as the couple’s two young children inside the residence.”

Burrow stressed that, while Carter was performing all these duties, he “maintained the highest level of professionalism and diligence, while not becoming distracted by the husband, and multiple citizens exiting their home to see what was going on.”

Due to Carter’s actions, she wrote, the emergency personnel “were able to regain a pulse on the woman and transported her to Inova Fairfax Hospital. Both fire and rescue personnel, as well as the citizens on scene, made an effort to show their appreciation to PFC Carter for his actions.”

For all these reasons, said Burrow, Carter was deserving of being named Officer of the Quarter. At the CAC meeting, Lt. John Lieb, the assistant station commander, also praised Carter, noting that the officer “checked on the woman in the hospital for five days and showed compassion and empathy for her family.”