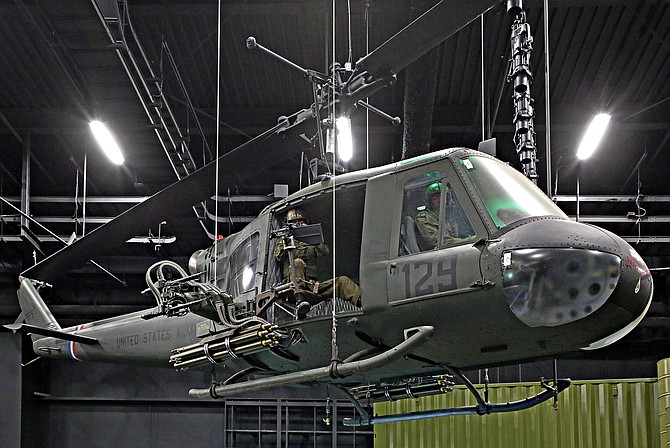 A Huey dangles from the ceiling at the Army Museum in Fort Belvoir.

The American veteran’s recognition has followed a long, tumultuous path through the years, including in 1932 when 17,000 veterans and others 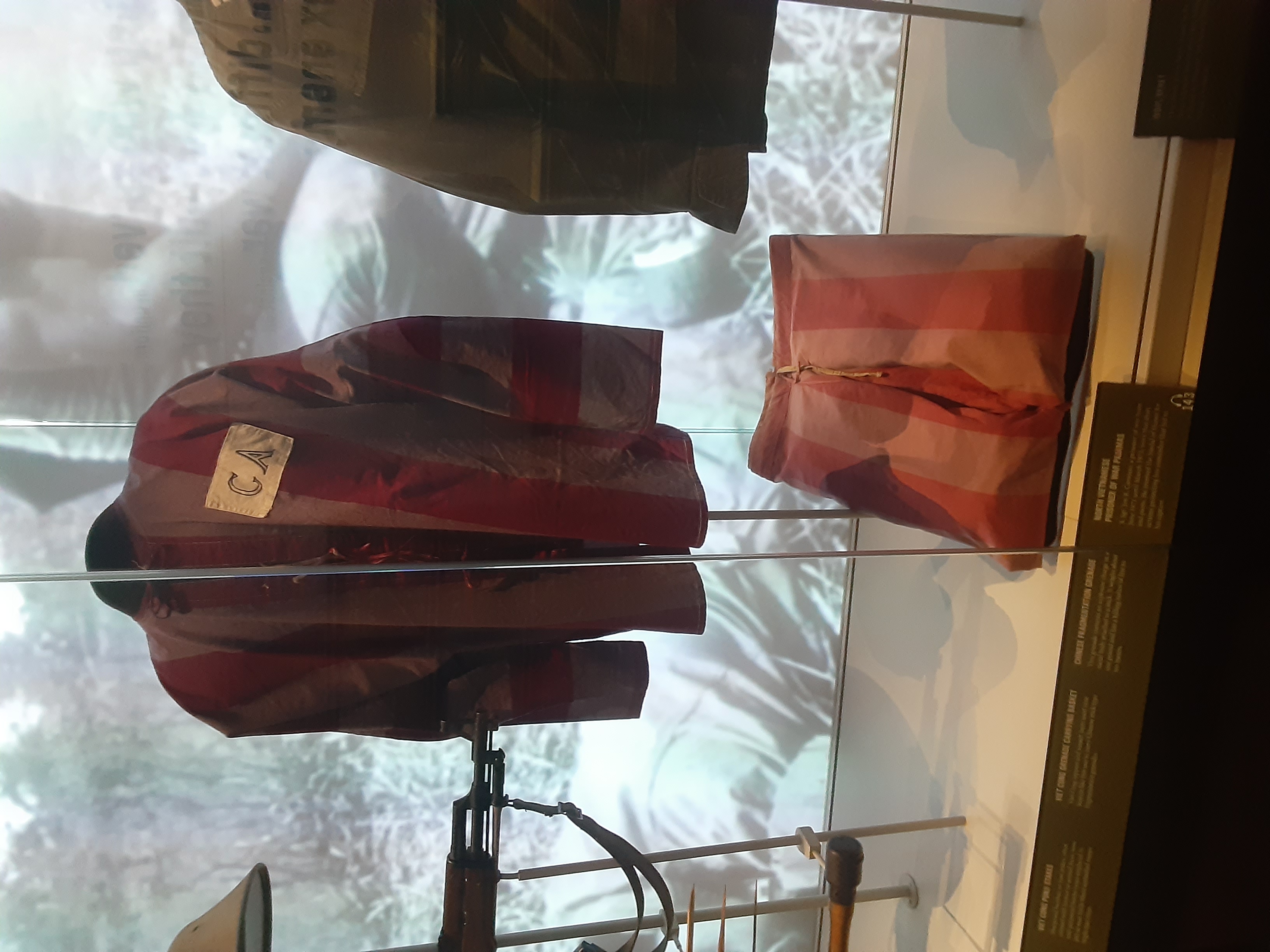 A Vietnam War POW outfit that is on display at the museum
camped on the Mall in Washington, D.C. to get some support from the government after World War I. The protestors were ousted by soldiers on horseback and tanks, but a message got through and led to the first GI Bill in 1944, and then the establishment of Veterans Day in 1954.

This story was part of the “Commemorating and Honoring Veteran Service Through History,” presentation at the National Museum of the U.S. Army on Veterans Day 2021, which also marked the one-year anniversary of the museum.

“After World War I, there’s a movement about national recognition,” said John Curran, who gave the presentation along with Jacob Henry. Both Curran and Henry are on their way to West Point to teach history, but are temporarily part of the museum’s anniversary and Veteran’s Day celebration. “It’s a brief overview of the way the nation has commemorated the Army,” he added.

Kevin Hillegas was a Veteran’s Administration official who was visiting on Veterans Day with his wife for the first time. The VA’s task is to help veterans with education and housing assistance, but also psychological assistance if they need it. He said that around 200,000 people get out of the military every year, but only 30,000 contact the VA for assistance. The VA wants to change that. “After they separate, we touch bases with them three times,” he said.

The National Museum of the United States Army is located on a publicly accessible area of Fort Belvoir, just off the most eastern part of the Fairfax County Parkway. It opened to the public on Nov. 11, 2020 but the Army temporarily closed it about a month later as a COVID-19 precaution, and it reopened on the Army’s 246th Birthday, June 14, 2021.

Inside the 185,000-square-foot museum, there are 11 galleries full of tanks, guns, helicopters, uniforms and multimedia programs that tell the story of the US Army. There are 1,389 artifacts and 70 cast figures in the five-story building.

Fairfax County Chairman Jeff McKay (D) presented the award. The museum is part of an effort to increase the tourism attractions in the southern part of Fairfax County.