A Tale of Two Claras in the Nutcracker
Votes

A Tale of Two Claras in the Nutcracker

Juggling the roles makes for a whirlwind weekend at Metropolitan Arts School. 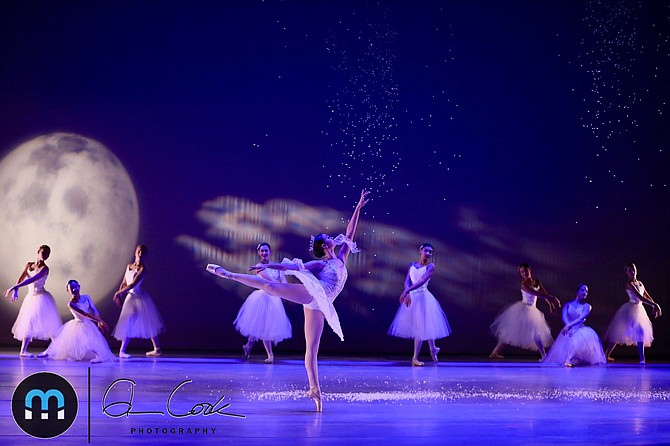 The Nutcracker at Metropolitan has it all — Clara, Sugar Plum Fairies, toy soldiers, snowflakes, and the Nutcracker to enchant with this holiday classic.

The Nutcracker story is full of timeless characters that play out the story in similar fashions, but each with a special aspect that sets it apart from year to year. At the Metropolitan School of the Arts in Kingstowne, there are two young women playing Clara, one of the main characters, and the two dancers are having the time of their lives at Metropolitan while playing the same character. 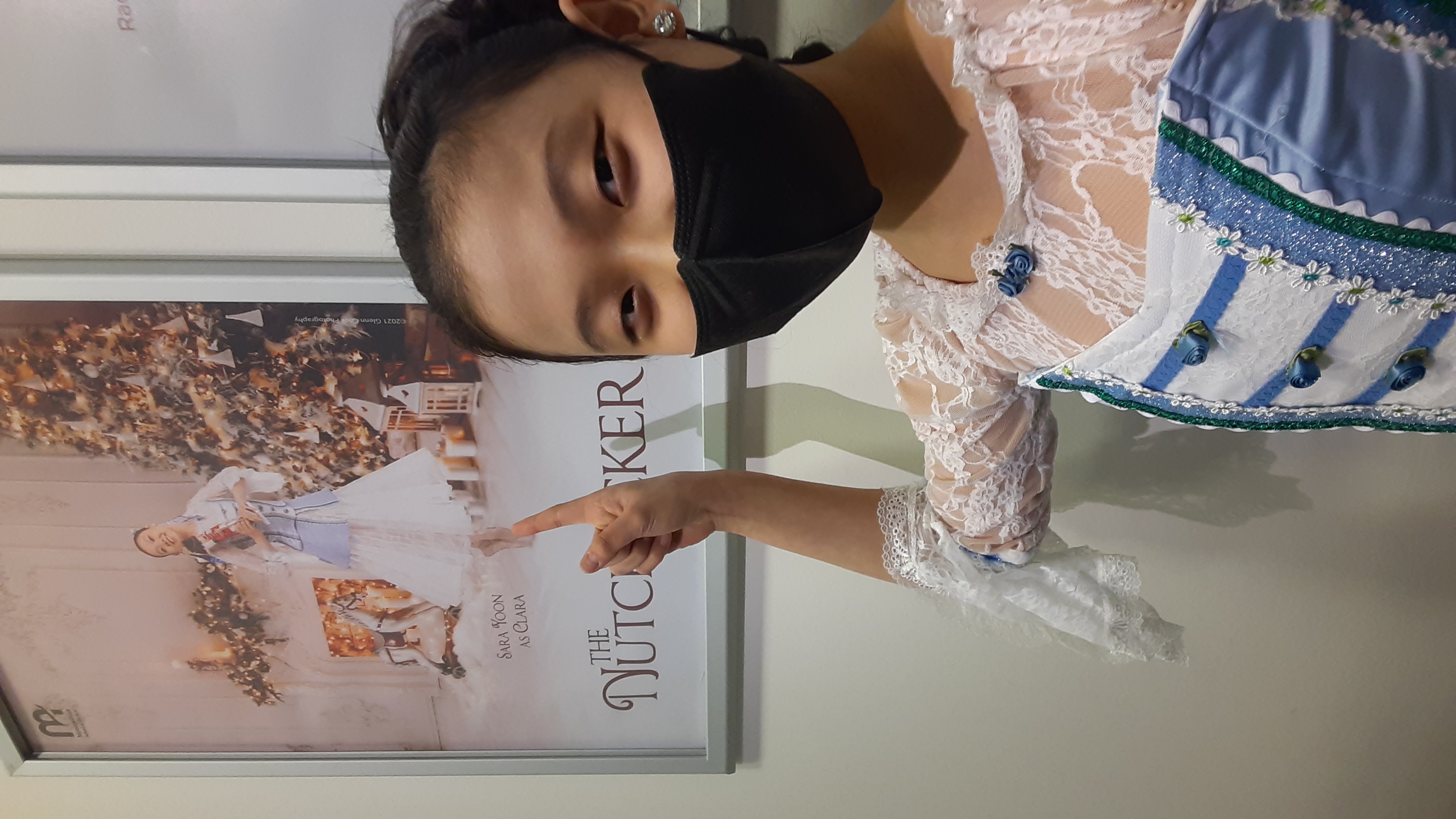 Nutcracker star Sara Yoon with the promotional poster of her as Clara.

“We do work together, but we want to make it unique, so we do our Clara’s different,” said Sara Yoon, a Clara for the next few weeks along with Meghan Ong, the other Clara. In the first weekend in December, the show is on two times a day, and the Claras switch for each show, taking on different roles when they’re not Clara. Meghan’s other role is a snow soloist while Sara’s is an Arabian soloist.

“We are dancing the whole final act without a break, it’s very tiring,” said Meghan.

One thing they have in common is the love of dance and their dedication to the Metropolitan. Sara, age 16, is in her 10th year performing the Nutcracker at Metropolitan and Meghan is in her fifth year. They both have made friends through the dance studio, gained skills in dancing and discipline, and now get a chance to show what they’ve learned on stage in a main role in front of a live audience.

“My parents put me in dance to get all the energy out, and I stayed with it,” Meghan said. 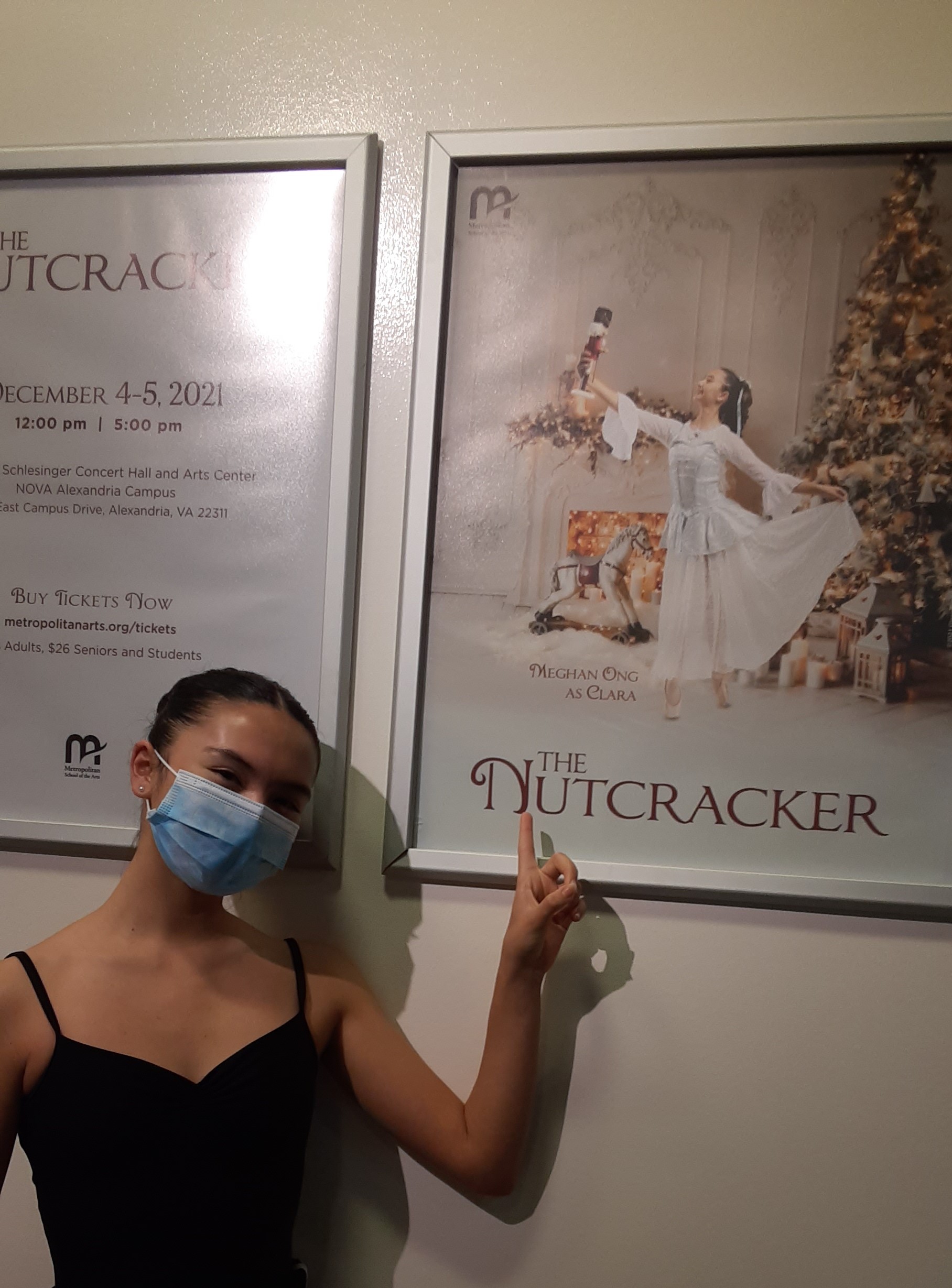 Nutcracker star Meghan Ong with the promotional poster of her as Clara. The posters in the lobby will be on the girls walls at home following the event.

All this running around, dancing, singing and working with others is part of the training. At Metropolitan, some graduates go on to bigger and better things in dance. Some enroll in performance colleges, and beyond. One former student, Brianna Latrash, had roles on the dance team at Kings Dominion one summer, and on Broadway.

Over the summer, both Sara Yoon and Meghan Ong attended ballet school out of the area. Megan did five weeks at a ballet school in Florida, while Sara attended Ellison Ballet in New York.

The two Claras have their sights set on bigger things in the future, even while they’re still in high school.

Sara is a student at Thomas Jefferson High School for Science and Technology in Alexandria, and inspires to be like Miko Fogarty, a star ballerina who is now in medical school.

Meghan is a freshman at Edison High School who looks up to Misty Copeland, a dancer who is “breaking the ballet stereotype, so fun to watch,” she said.

But for now, the two Claras will concentrate on their roles with the rest of the Nutcracker cast, mentally preparing and honing their art for this holiday classic. On the wall, the two Claras are featured in posters in costume. They both look back on the photo shoot with a smile. In October, a professional photographer came in, and the final product is very professional.

“I was a little nervous, but it was a fun process,” said Meghan.

“Our moms were there,” Sara added.