Infill development can wreak havoc on the tree canopy. 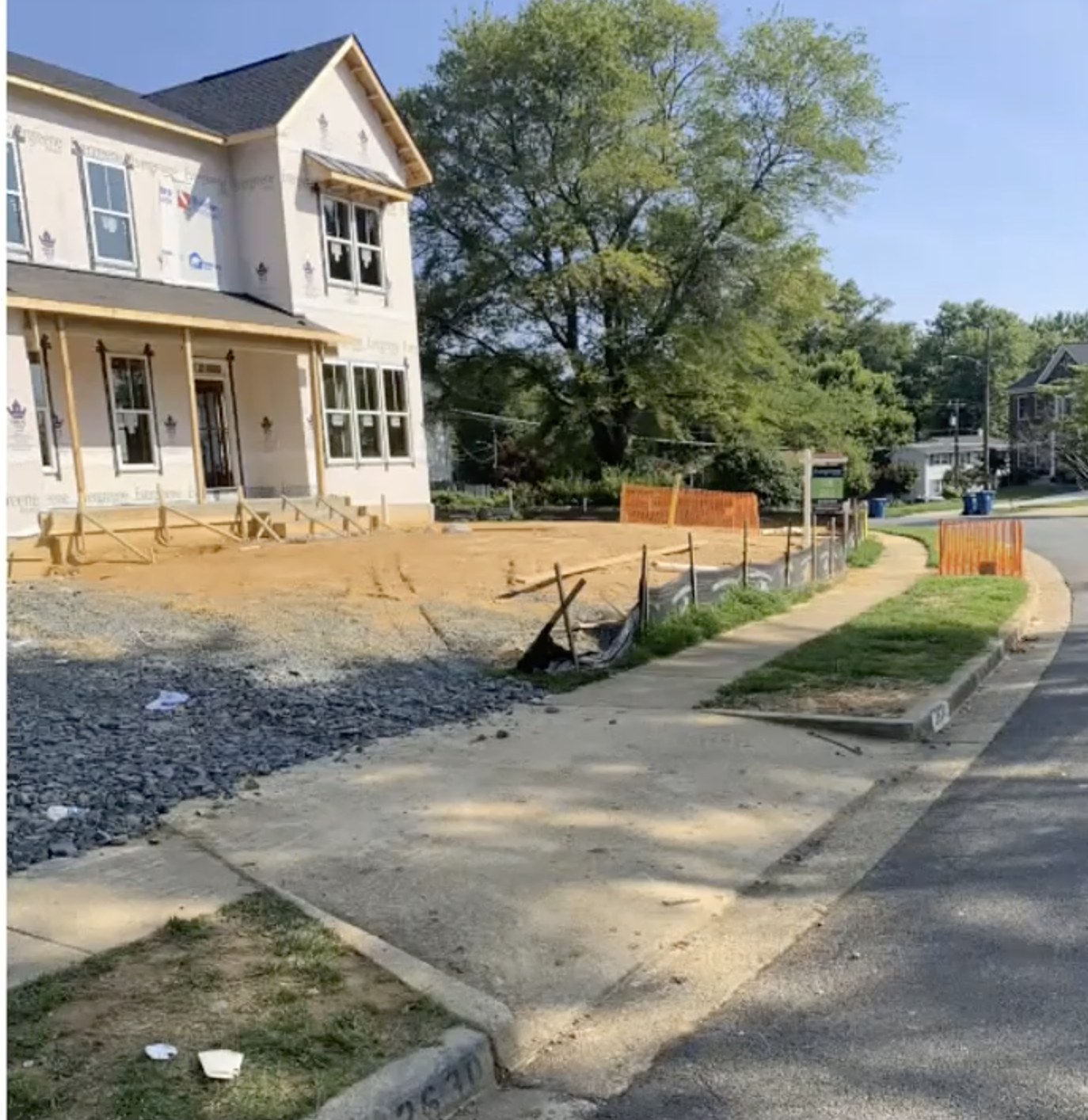 New construction as infill as viewed on the video  Infill & Tree Canopy Forum on Oct. 19.

Supervisor John Foust said that reconstruction of older neighborhoods is inevitable, but it is "upsetting when mature trees are cut down for a construction project." According to Foust, the county passed a tree conservation ordinance in 2008. Because Virginia is a Dillon rule state, the county can only exercise as much power as it has been specifically given by the General Assembly. "They did not give us enough power," Foust said.

The ordinance sets out procedures for monitoring inspections, violations, and fines.

"Many developers do a fantastic job and follow the guidelines, but I think we have all seen cases when builders, and frankly, the county, should have done more to avoid land disturbance to save trees," said Foust. He added that staff has become more aggressive in enforcement. An urban forester reviews all new plans, and site inspectors are stricter than before.

Paul Kohlenberger, president of the Greater McLean Chamber of Commerce, said they worked with the McLean Tree Foundation for tree-lined streets in planning principles of the comprehensive plan for the McLean Community Business Center.

Jim McGlone, Virginia Department of Forestry urban forest conservationist, said some legislative rules create elements of the development process that compete with trees for space. "It's not just the house and the trees. There are a lot of other things that have to go into that lot according to state code, and they compete." Stormwater mitigation is one example. 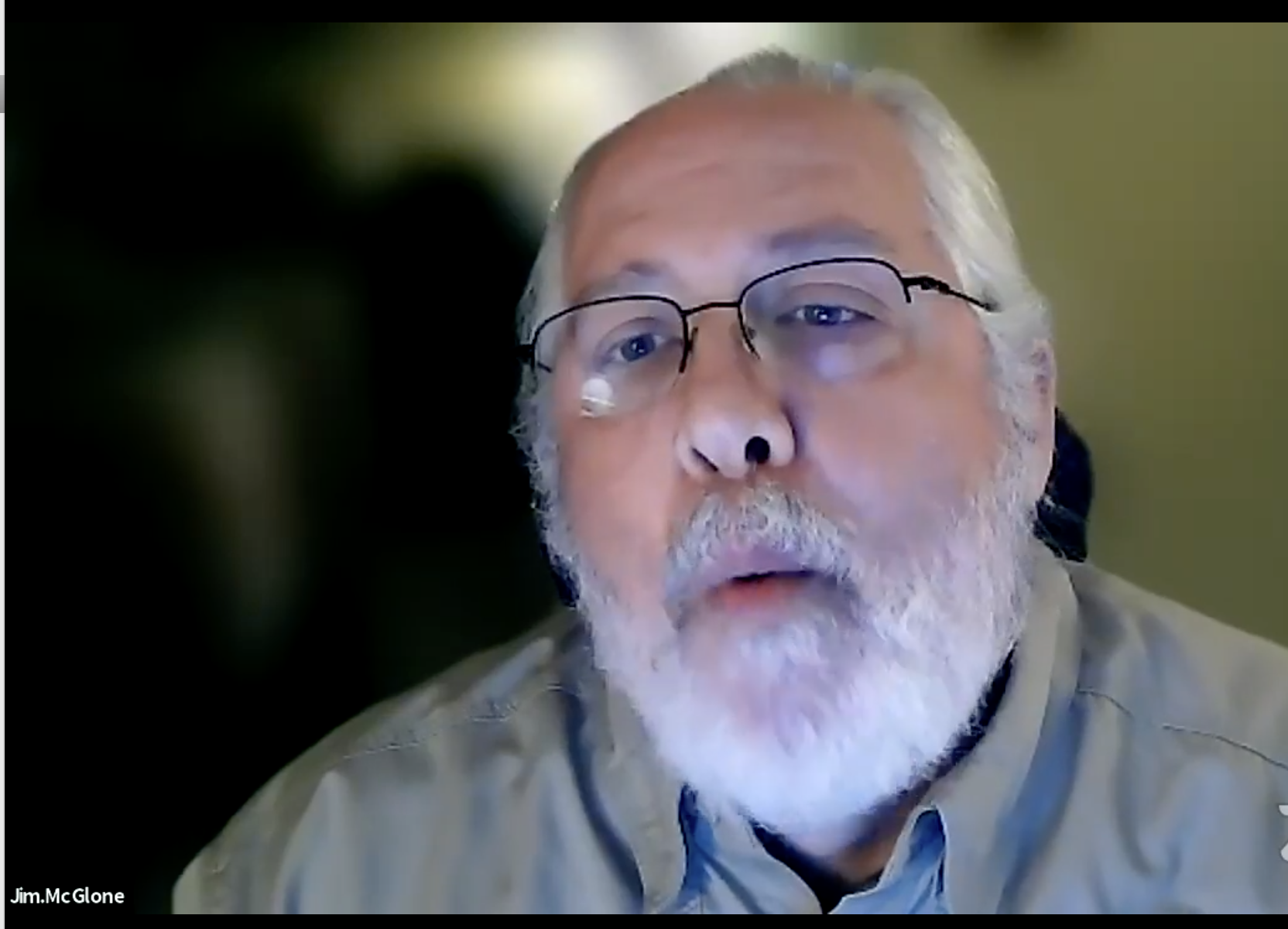 McGlone said there are only two primary county codes for infill development and trees. The Fairfax County tree conservation ordinance is the discretionary authority that is only available to Northern Virginia communities. The state code sets canopy requirements.

"Fairfax County is currently using all of the discretionary authority that they have had given to it by the state legislature," McGlone said. He added that Fairfax County has the toughest tree preservation regulations.

Mathew Hansen, P.E. is the Site Development and Inspection Division director of the Department of Land Development Services, Fairfax County. The department is tasked with protecting the county's tree canopy, he said. Infill development is "a local issue," according to Hansen. Infill, for the topic of this discussion, he said, is "a single-family home redevelopment … a house that is probably on a teardown and rebuild situation," he said.

"Infill starts at 2,500 square feet, with most work done above 5,000. The vast majority of [permits], 650 per year, about half of those in the Dranesville District, are infill plans. " Infill Lot Grading Plans are the most common plan type.

Stormwater management, grading, erosion and sediment control, septic fields and driveway are some of the physical elements Hansen mentioned that compete with trees on infill lots. Unlike larger developments, there are no public hearings or notice requirements built-in for infills. Instead, the Site Development & Inspections Division, Urban Forestry, and VDOT inspect them.

According to Hansen, the county is updating its permitting system so that the public can subscribe geographically and be notified when applications are submitted. The notifications, Hansen said, are being built into the permitting system so the public could check the submitted applications for  demolition permits on the County website. Building permit information can be found on FIDO (https://www.fairfaxcounty.gov/fido/.

Notification could give residents a chance to talk to the builder about concerns before the trees come down.

According to Urban Forest Management Division Director Brain Keightley, many of the properties developed in Dranesville and McLean are by right.  "That is when you see older homes demolished and replaced by larger, taller, or different style homes. Many homes are over 50, 60, or 70 years old. This is not fun to watch, and … trees fall."