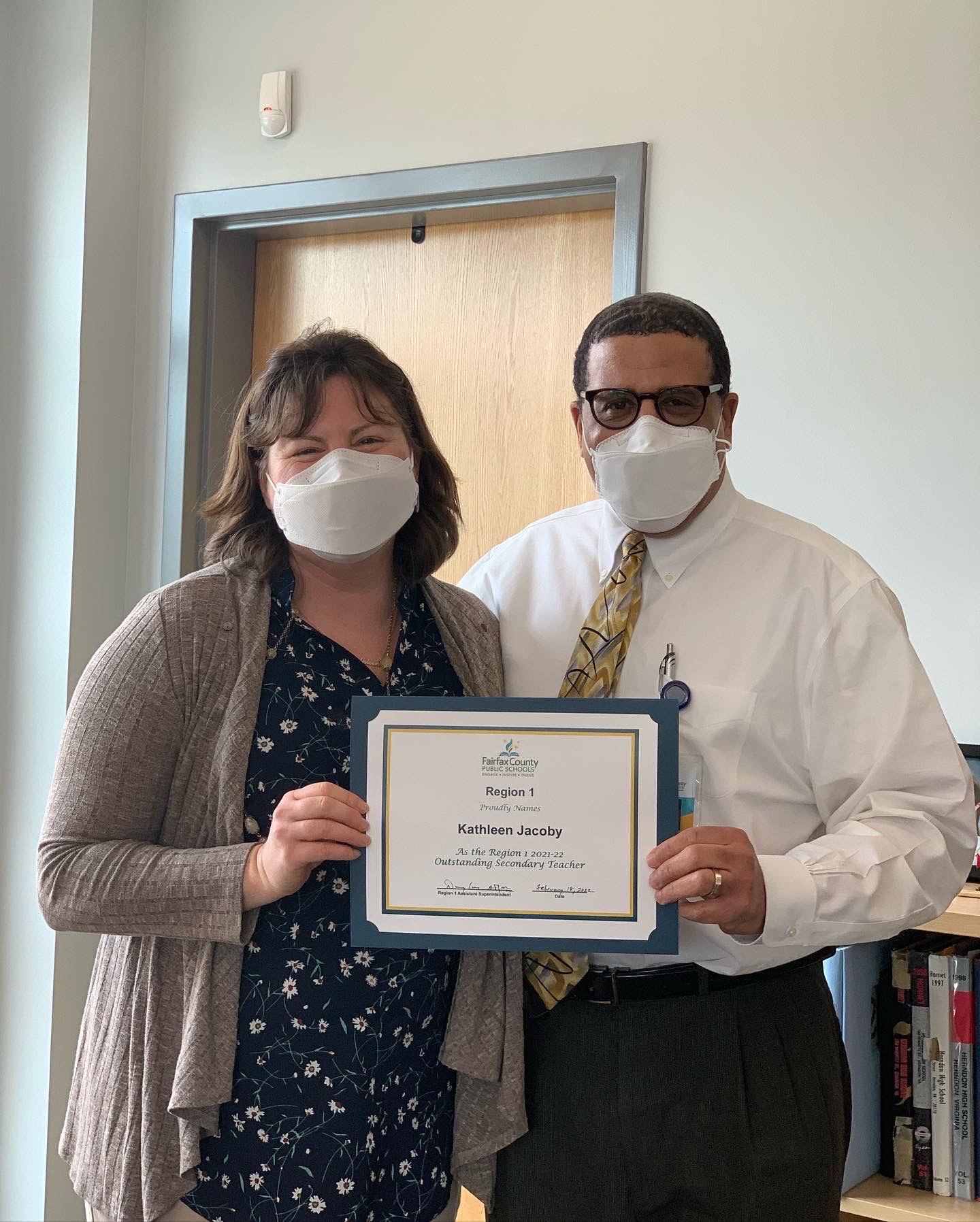 Mr. Tyson said, “People outside of Herndon sat down, looked at what was on there on paper about you and said, ‘this person represents what we want as an outstanding educator inside of Region 1.’ And we felt she is the person to represent us all.”

An HHS Senior said, “She most definitely deserved this award. Mrs. Jacoby works endlessly to ensure her students are always well prepared for every single performance. It speaks to how much she cares about her students.”

Mrs. Jacoby’s many accomplishments as Band Director have not gone unnoticed. She prepared her band students in just one month’s time for a performance at the National Parade of Heroes last Veterans Day weekend. Under her leadership, Herndon’s band program has seen success. In 2013, the band was selected by the U.S. Congress to represent Virginia at the 72nd Anniversary of Pearl Harbor Memorial Event in Honolulu, Hawaii. At that event, Herndon won the title of grand champion. Then, in 2019, Herndon was again selected to perform, this time as one of ten choice U.S. high school bands to perform at the 75th Anniversary of D-Day in Normandy, France.

Mrs. Jacoby majored in music education at James Madison University, graduated with a teaching license, and immediately started teaching high school band. She taught for four years at Courtland High School before coming to Herndon High because she wanted to be closer to her family. Mrs. Jacoby has been teaching at Herndon for 14 years.