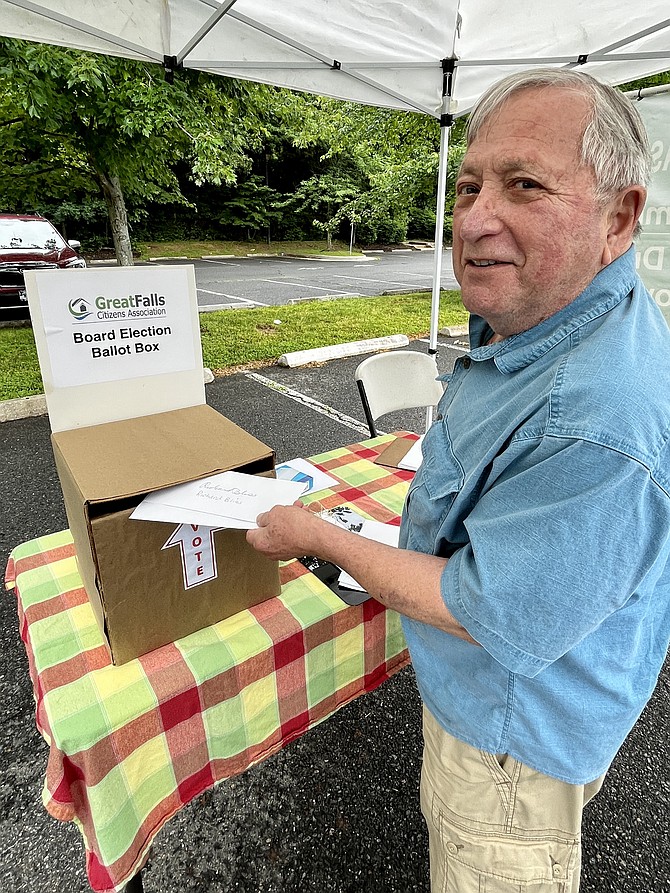 Richard Bliss casts his ballot at the GFCA Election 2022.

GFCA voter Joan Bliss who cast her ballot that morning, said that everyone is responsible for voting and letting others know their views. "That's what elections are about," she said. According to Bliss, there are those who care about the Great Falls community and are "willing to put in the time to find solutions." 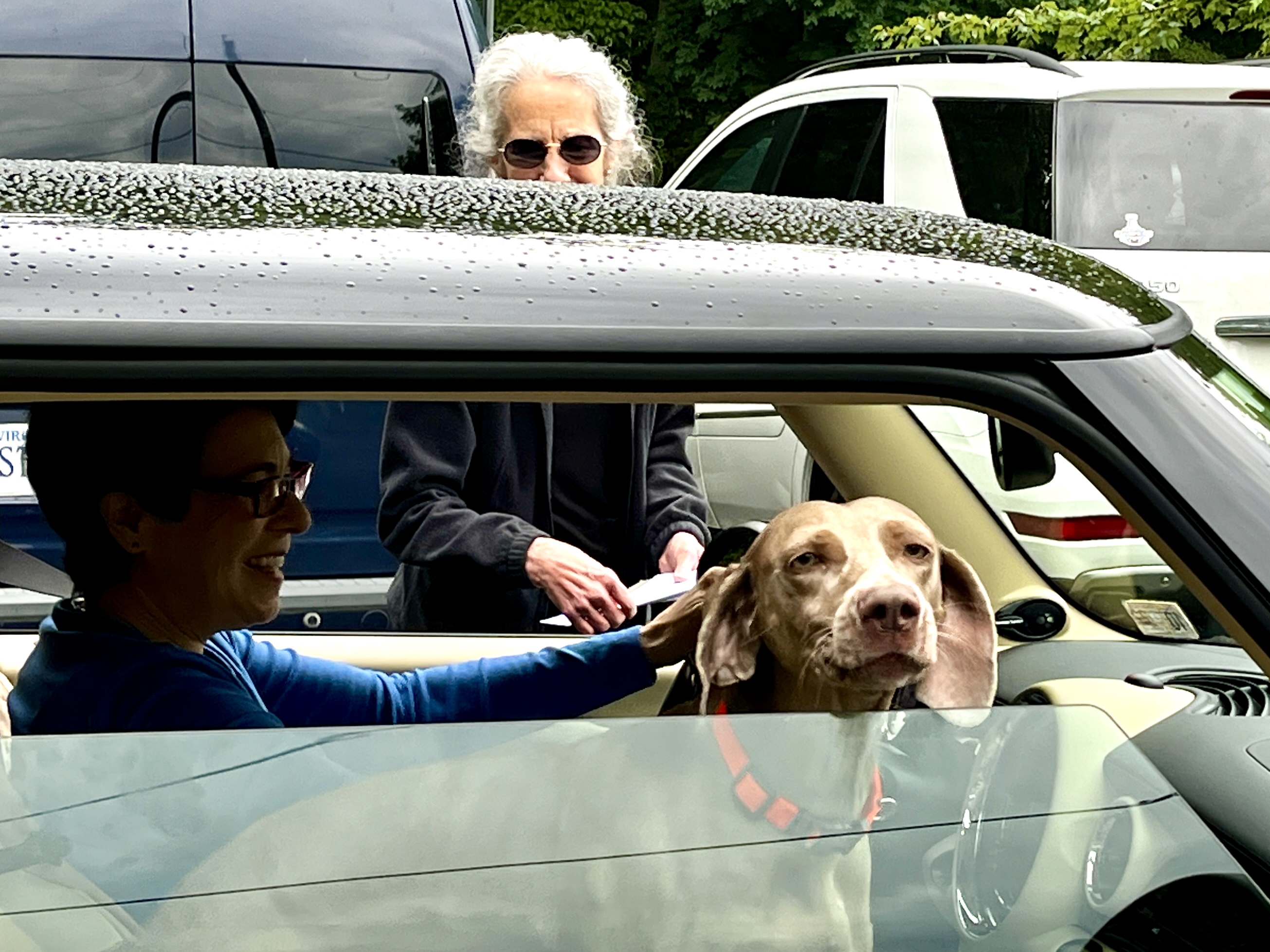 It is pup welcome, drive-by-in-person voting at the GFCA Election 2022.

Re-elected as directors for (2022–2024) are Michael Barclay, Winnie Frost, Dawn MacPhee, Edward Phillips, Phillip Pifer, and Richard Solano. Trent said several members took advantage of the opportunity when voting to discuss community issues with the socially distant members of the Executive Board.

The people who were qualified and willing to run for seats were chosen by the Nominating Committee, chaired by James Trent. GFCA members could also nominate candidates. According to bylaws, write-in votes were not permitted nor counted at the annual election. Any citizen who was a bona fide resident of the community of Great Falls in Fairfax County, Virginia, and eighteen years of age or older was eligible for membership and entitled to one vote.

The election process allowed two ways to vote. Ballots could be printed from the GFCA June 2022 newsletter and member email blast, put in an envelope with the eligible voter's name on the front, and after election officials verified the voter's active GFCA membership, dropped into the drive-by ballot box. Eligible voters could also acquire a ballot at the polling location on election day. Members of the GFCA oversaw the voting process and counted the valid votes. Election releases will be posted on the GFCA website and in the July newsletter.

On Great Falls issues, no other organization influences elected leaders at the county and state level or is as respected by them as the Great Falls Citizens Association, the all-volunteer, non-profit 501(c)4 states on its website. Since Great Falls is not a municipality, it lacks a town or city government to represent its local interests. That is the role GFCA assumes, advocating for solutions and government actions that benefit Great Falls.

Regular membership meetings are generally held on the second Tuesday of every month. According to GFCA's bylaws, "The purpose of GFCA... is to serve as a community organization to promote all aspects of community interest accruing to the common good and, in general, to preserve the historic, low-density, semi-rural character of Great Falls and its natural resources." Any citizen, whether or not they are a member in good standing of GFCA, is welcome and encouraged to share their opinions at all GFCA meetings unless the GFCA officer, director, or committee chair in charge thinks the opinions are offensive or rude.