Toward an Inclusive Community
Votes 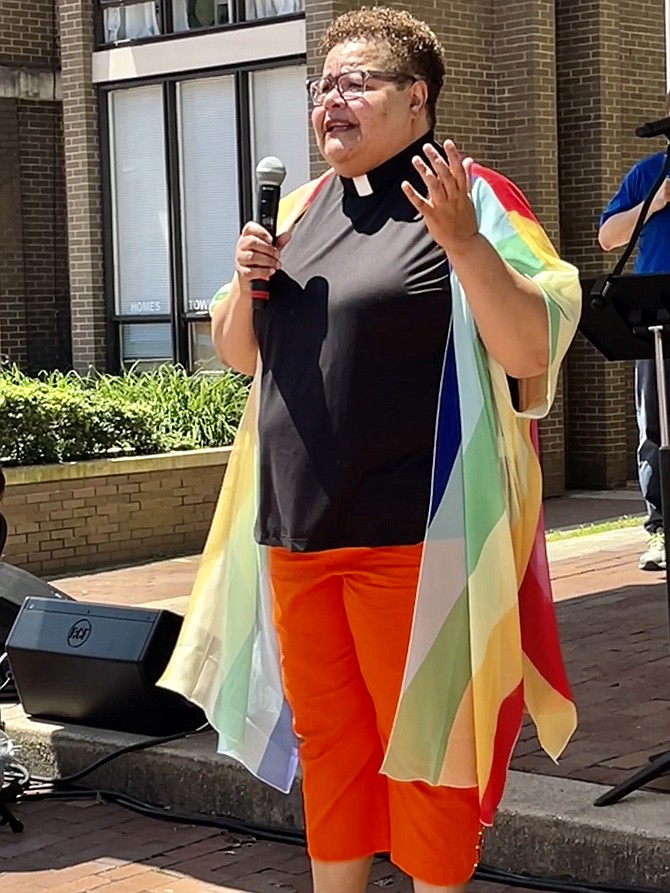 A couple of weekends ago I attended the Reston Pride event at Lake Anne Plaza in my home community of Reston. The Plaza was comfortably crowded with folks showing their support with rainbow pins, ribbons, and other attire as symbols of our support for the LGBTQ+ members of our community. I was honored to offer welcoming remarks.

Distinctively present among the various booths of vendors and social organizations was almost total representation of the faith organizations in our community, probably more than a dozen. Gone were the quotes of obscure scriptures that were intended to exclude people who identified as anything but heterosexual. I saw no demonstrators objecting to the Pride Festival, but I did see many young people there to show support for the community.

I could not help but reflect as to how far we have come in moving toward an inclusive society in my lifetime. At the same site where the Pride Festival was held, sixty years before Reston had been dedicated as an open community where Black citizens could seek and buy housing when they were excluded in most other communities. Some of the same original Black residents still live here, and their children have settled here as well. Racial segregation in housing has largely become a remnant of a dark period of our history.

I attended public schools in Virginia when all public schools in the Commonwealth were racially segregated as required in the state Constitution. There were fewer than a dozen Black children who may have attended the same schools as me and were bused twelve miles to attend elementary schools and as much as more than an hour away to attend high school. After the 1954 Brown v Board of Education Supreme Court decision, Virginia elected officials fought in the courts for more than a decade and forty or more lawsuits before the schools were desegregated.

Years ago as a seasonal employee in the Shenandoah National Park I witnessed a room clerk tell a Black couple that there were no vacancies for an overnight stay when I was aware that there were several rooms available for rent. I was told later that was just the way it was. Only many years later did I learn about the Green Book that Black travelers had to consult to find places that would rent a room to them.

We have come a long way in my lifetime, but there is a continuing need for working toward and maintaining an inclusive community. We have a federal civil rights law and a Virginia human rights law against discrimination along with hate crime laws. There are those who remain with hate in their hearts against people who are different by race, gender, or sexual orientation. Laws can make a difference, but inclusion of all in our communities comes about by the role models we are in the way we live our lives and speak out on behalf of others and the ways our community organizations — and our religious organizations — are inclusive.