‘The Combination of Programs Will Be Great for Everybody’
Votes

‘The Combination of Programs Will Be Great for Everybody’

An exciting, new project is taking shape in Fairfax City. Working together, the City and Fairfax 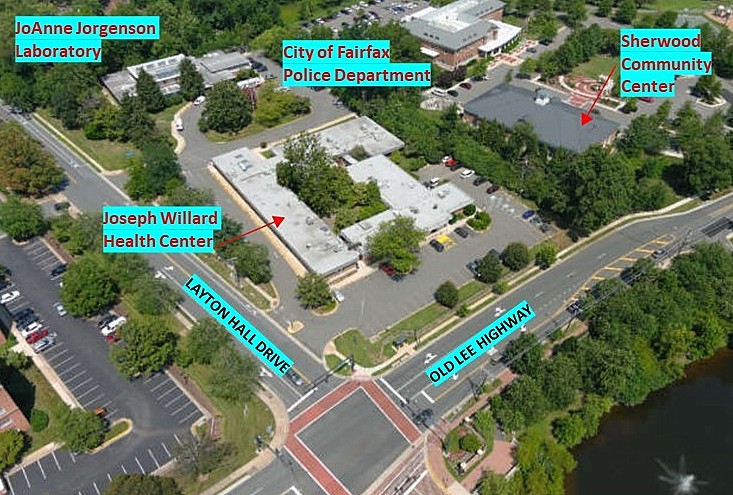 Located at the corner of Layton Hall Drive and Old Lee Highway, it entails a revamped and redesigned campus to integrate key services, enhance existing programs and upgrade facilities to better serve the needs of both City and county residents, now and in the future.

“This location is desirable for both the City and county,” said Brooke Hardin, Fairfax City’s director of Community Development and Planning. “It improves access and circulation, as well as the ability to unite several uses on one campus.”

The project includes demolition of the current Health Center and construction of a new, nearly 95,000-square-foot facility in its place, connecting to and expanding the existing Sherwood Center. This new health building will offer the same health services it does today but will also include some programs from the City’s Green Acres Center for senior citizens.

The health facility will seek LEED gold certification by using less water and energy and employing all-electric building systems and equipment. More parking and outdoor features will be added overall, and there’ll be a safer, smoother traffic flow into, out of and around the campus.

The joint redevelopment project is the result of years-long evaluations conducted by the City and county. It establishes a partnership among the county Health Department and Office for Children and the City’s Parks and Rec Department. Funding is included within both jurisdictions’ Capital Improvement plans.

The health center provides licensed medical, nursing, dental, pharmacy, speech and hearing care, plus X-rays, and contains vital records and administrative spaces. It also offers programs and services aimed at promoting the health and wellbeing of infants, children and adults.

Originally built in 1954 as an elementary school, it was converted to a health center in the 1970s. But a 2018 feasibility determined that the building’s physical layout and clinic-room configurations impede work functions and efficiency and aren’t sufficient to accommodate future needs. Furthermore, its systems and infrastructure had reached the end of their useful life.

Similarly, the Green Acres Center on Sideburn Road was built as an elementary school in 1961 and houses the City’s senior center. But it needs significant renovations for accessibility, operation and the additional amenities residents want.

According to the plan, the existing lab, City Police Headquarters and Sherwood Center all on the campus site will remain. However, the Sherwood Center may take on some recreational programs now at Green Acres.

The City and county held two virtual meetings in late January, followed by an in-person meeting Feb. 23 at the Sherwood Center. Vrushali Oak, with the county’s Department of Public Works, told attendees, “We’re coming to you for your input and feedback so we can incorporate them into the concept development.” 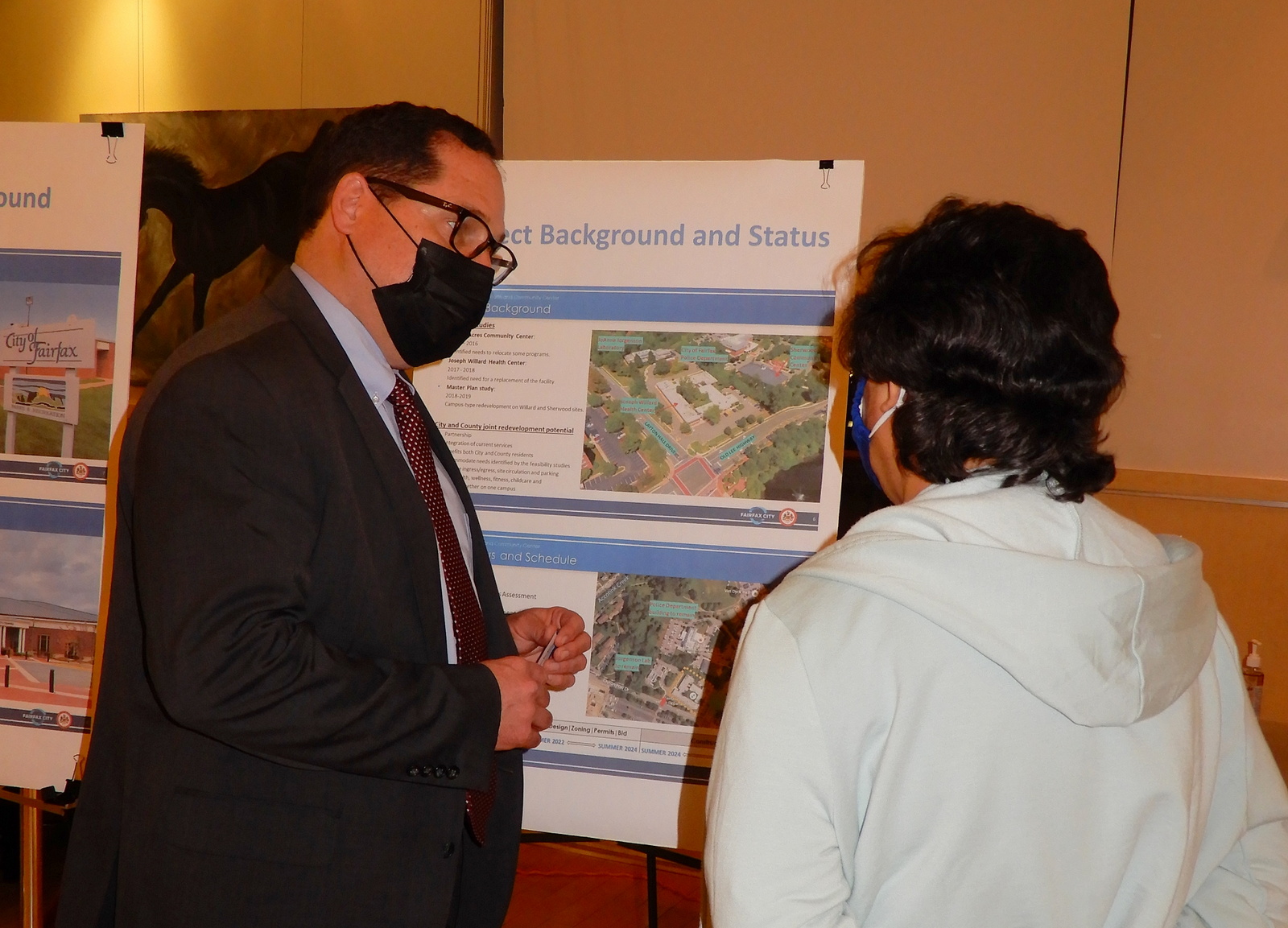 Grimm + Parker Architects are helping design the project, and the firm’s Rick Morrison discussed the property’s topography. He said the sun’s positions in the morning and afternoon are a factor in the health-center building’s design and site orientation. “It’s a tight site with limited access points and many utilities,” he said. “So it might be a multi-story building with structured parking.”

Added co-worker David Whale, “We want the health center to be welcoming and inviting.”

Maria Lashinger, with the project’s traffic consultant, said a traffic study would be done. “Site access today [via Old Lee Highway and Layton Hall Drive] only serves the police station and the Sherwood Center,” she said. “And there’s no current, vehicular connection between the site’s northern and southern portions.”

However, the City’s Old Lee Highway Multimodal Plan will add sidewalks and paths. And there are already pedestrian and bicycle connections to Van Dyck Park, plus sidewalks along both Old Lee and Layton Hall.

Regarding the community center, under consideration are the additions of a full-sized gym, running track, fitness room, concessions and locker rooms, as well as more classrooms and a catering/demonstration area with teaching kitchen. Also proposed is an early childhood program with associated spaces and amenities, such as an infant and toddler area and places for child assessment and early intervention.

The Sherwood Center would also share some of its classrooms, common areas and outdoor space for senior-center programs. Other shared areas could include the lobby, multipurpose room and the catering/demonstration/teaching kitchen. And outdoors, the senior space could be used for bocce ball, horseshoes, gardening, barbecuing and fitness.

At the Feb. 23 meeting, City resident Jim Wyckoff said, “This is a wonderful idea – it’ll serve residents of the City and county, and the combination of programs will be great for everybody. I’m particularly interested in the new gym – and I hope it’ll be for people of all abilities.

“And I’m pleased there’ll be a childcare center and that we’ll have a world-class health center. The possibility of a dental clinic is also interesting. The Willard Center offers services not everybody is aware of, and it’ll continue to do so in an expanded manner. It’s good to see the City and county working so well together.”

Another City resident, Faiza Alam, is also looking forward to this project coming to fruition. “It’s exciting that this corner is going to get a new look, be upgraded and bring all these correlated facilities together,” she said. “It enhances the community and provides a nice space for people to engage in and enjoy.”

Besides that, said Alam, “The Willard Center is getting old, so it’s nice that it’s being redone. And they’re taking the space upward and adding more facilities without adding more impervious surface. Plus, it’ll be one destination for many things – health, senior activities, recreation, etc.”

She said her one apprehension is the traffic because “Old Lee Highway is already congested, with three schools and a church. So I don’t want it to become even more congested and a safety issue.” But, she added, “It’ll have some green, outdoor space, which is exciting – and they should also have some green roofs where they can grow things.”