‘We Hope to Bring this Quality Project to Westfields’ in Chantilly

Townhouse community is proposed for Chantilly. 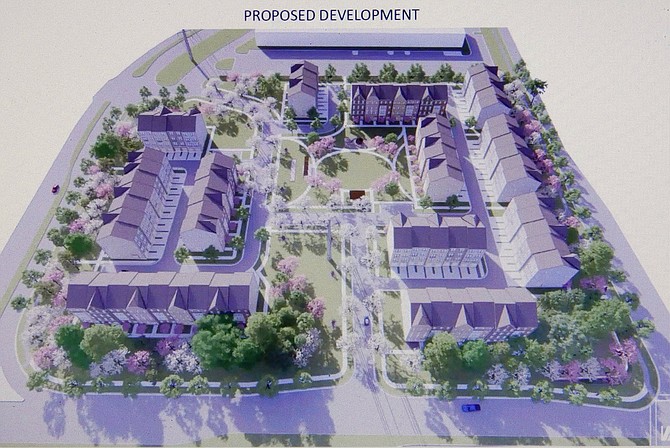 Besides being a popular place of worship in Centreville, Korean Central Presbyterian Church (KCPC) is also a landowner. And as such, it wants to rezone the property it owns in Chantilly so homes may be built there. 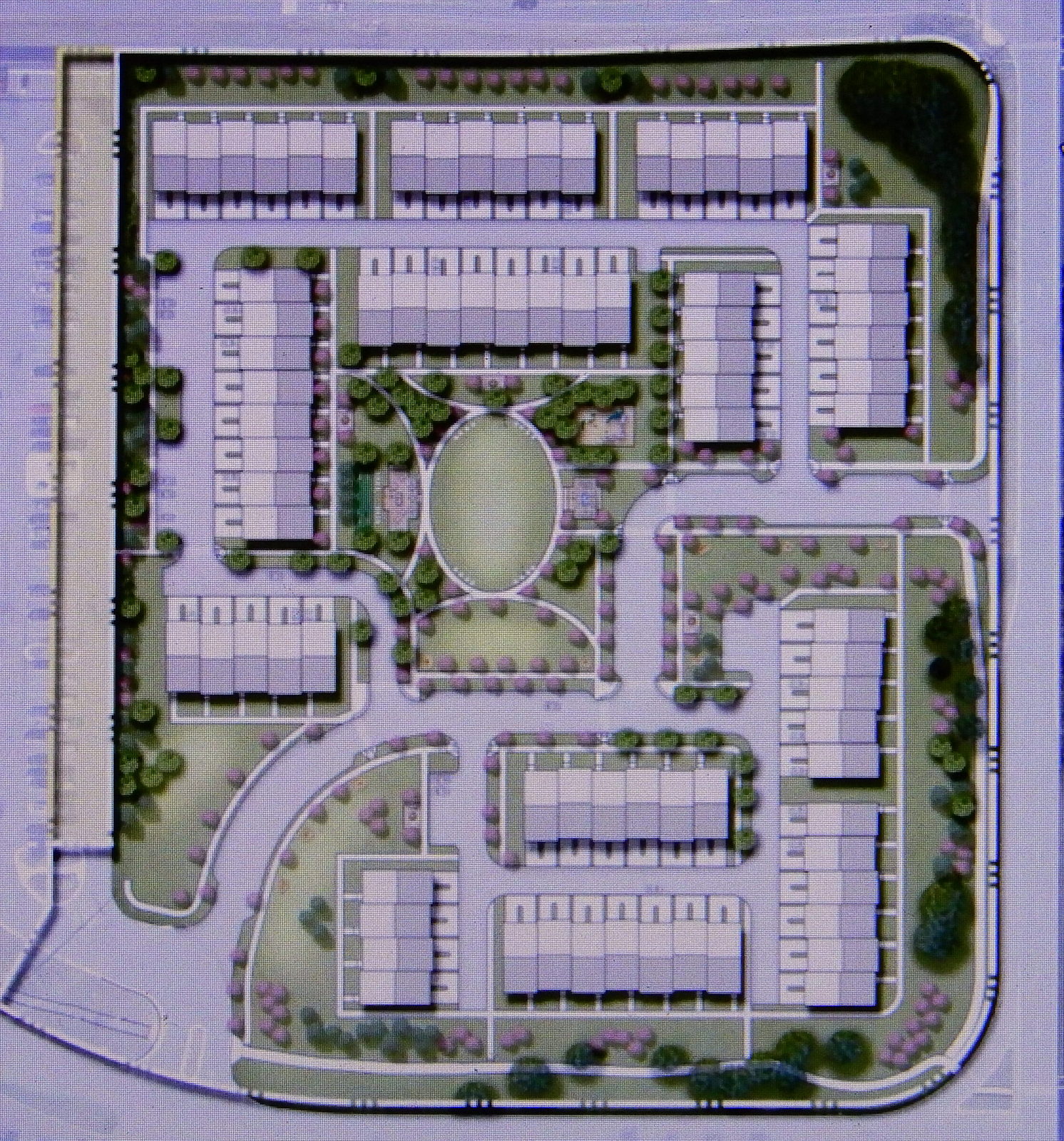 “The property is at the corner of Stonecroft Boulevard, Old Lee Road and Northridge Drive,” said Wire. “It has three office buildings on it now, and just to the north of it is Westfield High School. The applicant is seeking a rezoning of the land from I-4 industrial to residential.”

The site is 11 acres in Land Unit J – not far from Dulles International Airport, and the proposal is for the construction of 154 townhouses, including 16 affordable dwelling units. They’d be stacked, two-over-two townhomes with brick-masonry façades.

“There’ll be a deck off the back and a covered porch, with optional roof terraces,” said Wire. “Each lot is 24 feet wide, and every unit has its own, one-car garage, plus an outside driveway space, so there are two parking spaces per unit.”

An open-space network is planned throughout the new community – to be called Gallery Park – and Wire said the proposal includes keeping and adding to the trees already there. In addition, he said the Westfields Business Owners Assn. wants the site’s open space accessible for use by the people who work in the nearby Westfields Corporate Center.

Once built, said Wire, the neighborhood’s homeowners’ association would be responsible for snow removal. But he said the applicant would have Northridge repaved and brought up to VDOT standards. Proud of what’s proposed, Wire added, “We hope to bring this quality project to this portion of Westfields. We go to the [county] Planning Commission in April.”

Existing power lines bisect the property, so the architect turned the homes perpendicular to avoid them. However, the WFCCA’s Steve Chulick was concerned about the power lines still being visible from the homes. And the SDC’s Jeff Parnes worried that some of these lines are near one of the trails there.

Chulick asked how much the townhouses would sell for and was told they’d probably be listed in the $500,000 to $600,000 price range. Looking at the site layout Wire showed during his presentation, Parnes said, “I’m happy there’ll be a sidewalk on the southern portion, leading to Westfield High.”

In the past few years, the county’s Board of Supervisors has approved some controversial, residential projects in Land Unit J that are next to and/or directly underneath Dulles Airport runways – and therefore will experience the full force of jet aircraft constantly flying overhead. As a result, the WFCCA’s John Litzenberger inquired about the applicant’s noise-mitigation plans. “Since it’s near the airport, will you have noise-attenuation measures?” he asked.

“We’re proffering to a 45 dba [decibel level] inside the homes,” replied Wire. “And we’ll do post-construction testing to make sure [that’s indeed the case].”

Parnes then asked where this site is located in regard to the Metropolitan Washington Airports Authority’s (MWAA) updated noise contours, which provide guidance to both Fairfax and Loudoun counties as to where, specifically, homes should not be built because of the aircraft noise levels.

In 2019, MWAA updated its noise-contour map delineating aircraft-noise decibel levels in Westfields, and it identified the 65 dba contour too noisy for human habitation. But the Board of Supervisors chose to deny the new map’s existence, thereby giving developers free rein to construct homes there based on MWAA’s outdated map from 1993.

But in this case, said Wire, the proposed project “doesn’t touch the 65 dba, at all. And it’s even further away when the 2019 contours are applied.”

Still, said Jim Hart, a former at-large planning commissioner, “To the county’s shame, it’s approved residential developments in Land Unit J that will be very noisy and were approved over MWAA’s objections. Is this site lined up with one of the runways or their approaches?”

“We haven’t looked at that, but we will,” answered Wire. Parnes then asked him to return to the joint land-use committee’s March 21 meeting, so the members could hear any changes to the plan and make a recommendation prior to this matter going before the Planning Commission.