Ides of Bark Brings Out the Dogs in Mount Vernon
Votes

Ides of Bark Brings Out the Dogs in Mount Vernon 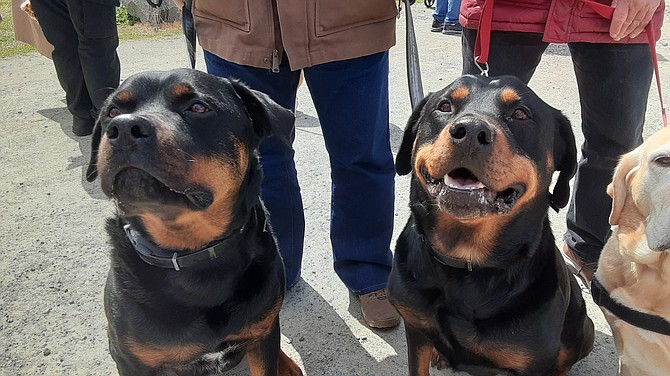 Although there haven’t been any bomb incidents in the southern part of Fairfax County recently, the police do have Paisley, a trained bomb sniffing dog who was busy sniffing everything at the fourth annual Ides of Bark event in Mount Vernon. 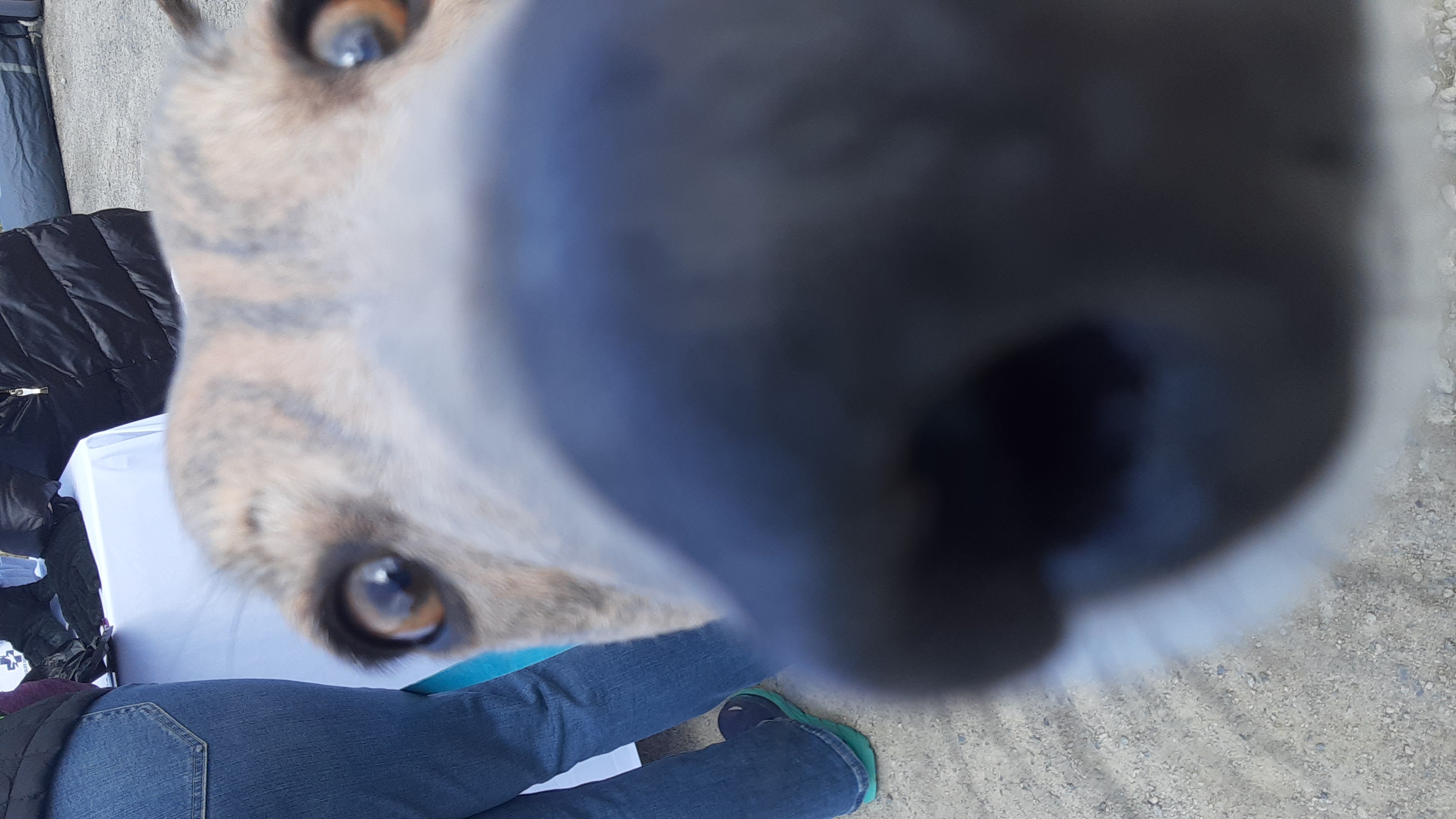 Paisley hangs out with Detective Brian Storm who was happy with the lack of calls. “I have yet to use her on an active call,” Storm said, but notes that bombs are just one of the things she can sniff out. “They can help look for shell casings,” he added.

The Ides event at Grist Mill park brought out all sorts of dogs to enjoy the sunshine and the brisk March weather. This is an event Supervisor Dan Storck (D-Mount Vernon) organized and he had to cancel it the last two years because of the pandemic, but he liked the look of all the smiling dog owners this year. “Please make your rounds and break out of the covid funk,” he said.

Storck estimated there were a couple of hundred dogs each year. “People love it,” added his Chief of Staff Christine Morin.

A newcomer to the scene was Reasa Currier who recently took over as Director of Fairfax County Animal Shelters. She noted the animal projects in the county including the new shelter that’s being built in Lorton that’s scheduled to open in the summer of 2023. “It’s exciting,” Currier said.

Ides of Bark was set up at the Grist Mill Park where there’s also a dog park. The Fairfax County Police Department had about eight officers on duty, directing traffic and parking. The Humane Society was there along with a Doberman Pinscher Rescue Group, McGruff the Crime Dog and others handing out dog treats to all the participants.

One nearby resident had a Greyhound rescue dog from one of the few dog race tracks left in the country. “Blue,” was the dog's name and his fur had a blue brindle pattern. “He retired from West Virginia,” his owner said.

Dog racing has been on the decline due to concerns about the treatment of the racing dogs. According to the Humane Society, racing greyhounds endure lives of confinement, are subject to standard practices that are cruel and suffer injuries and even death. Greyhounds used for racing are kept in cages, barely large enough for them to stand up or turn around, for up to 23 hours per day, the Humane Society of the United States said on their website. 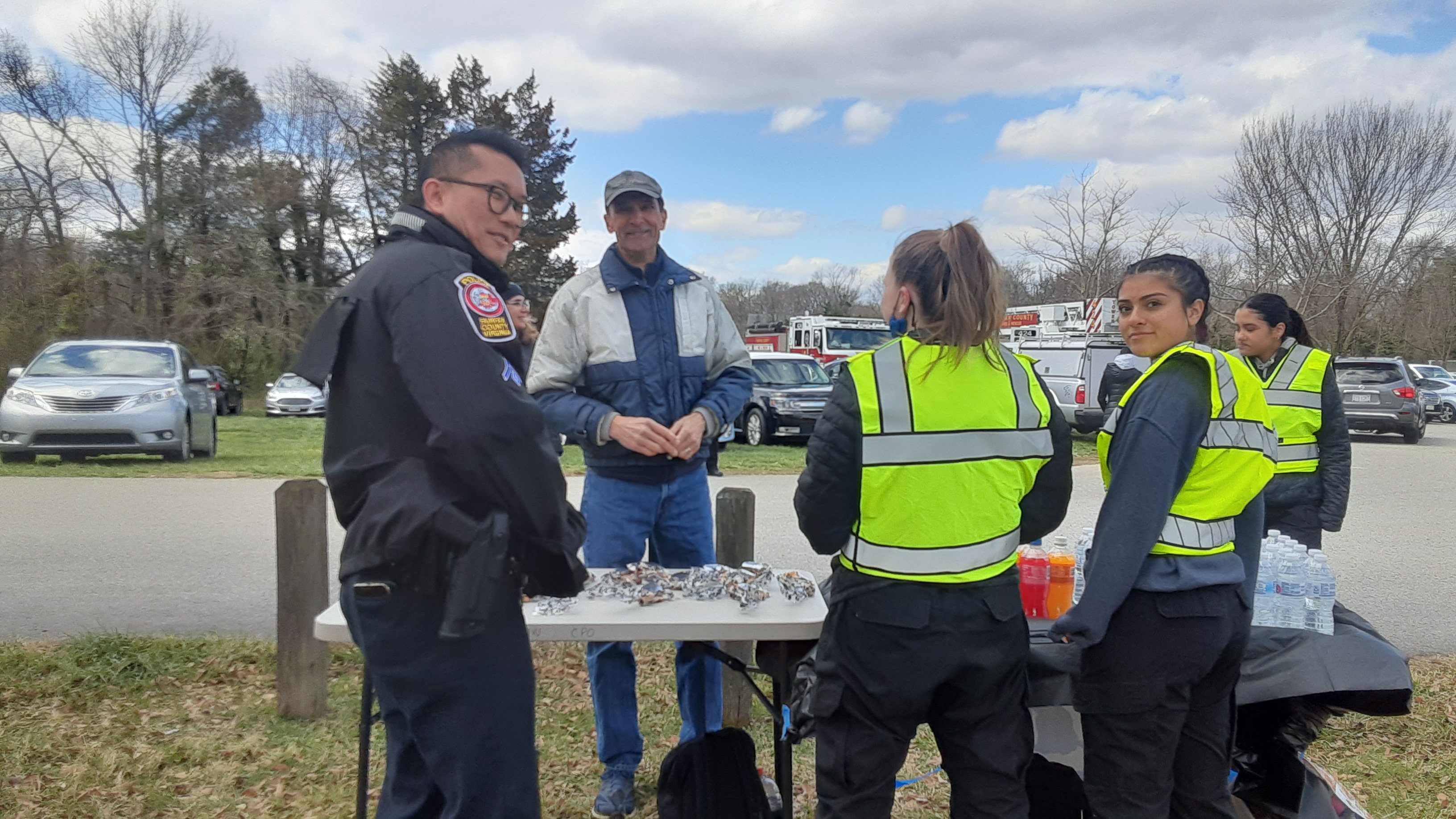 Supervisor Dan Storck with officers and cadets from the Mount Vernon station. 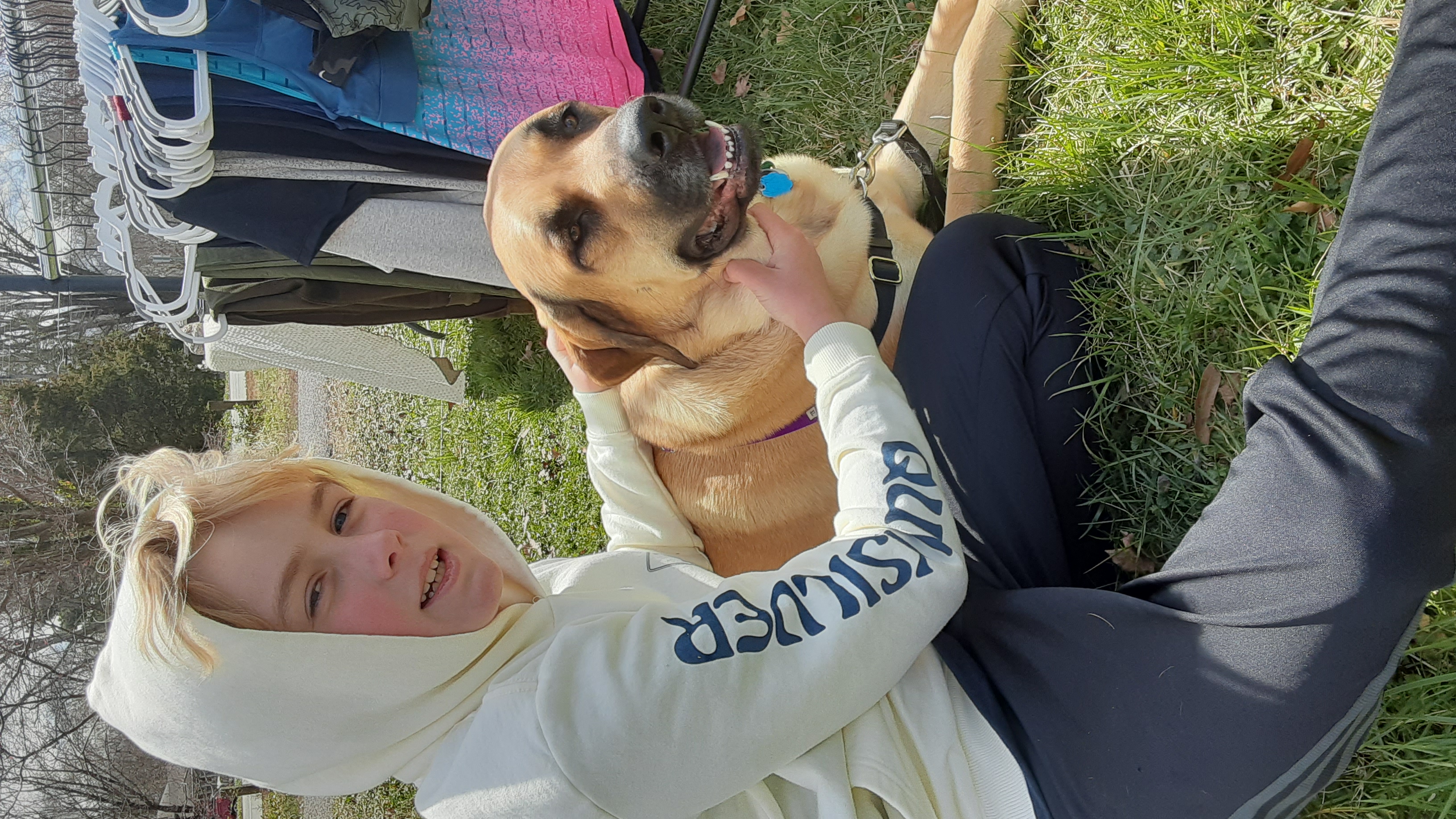 Jackson Dumais with his dog Milo.