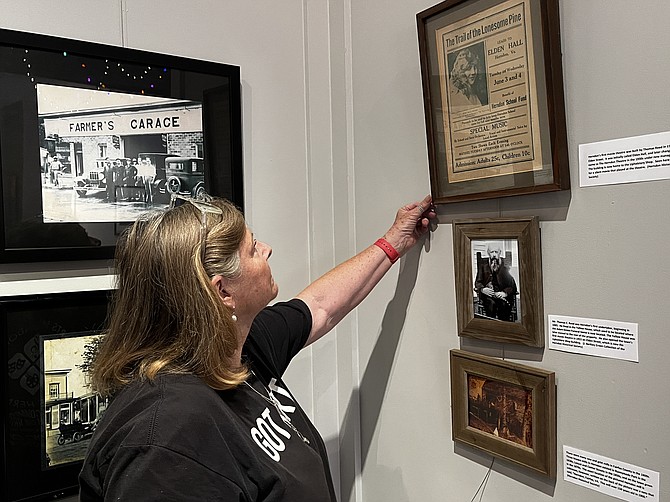 Joanna Ormesher, president of Arts Herndon, adjusts one of the photos for the exhibit.

The chief operating officer and president of Arts Herndon, Joanna Ormesher, recently offered a visitor a sneak peek at its "Sights and Sounds of Early Herndon" exhibit. The exhibit retells the town's history from 1880 to 1930 through historical photographs, artifacts, and wall labels. The show opens on Oct. 6 and runs until Oct. 27 at 750 Center Street, which is in the downtown area and close enough to restaurants that one can walk to them. 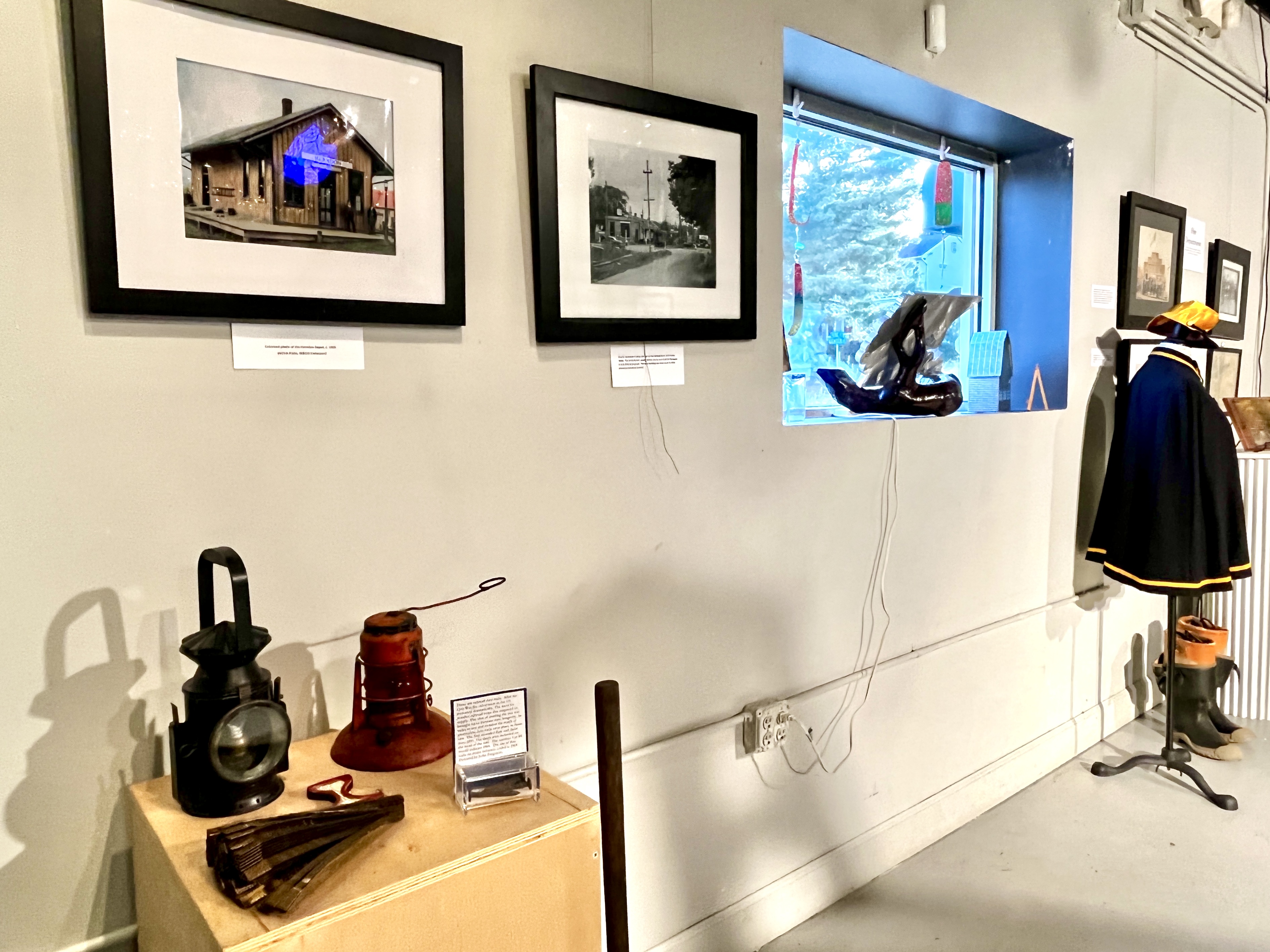 The exhibit is presented in collaboration with the Herndon Historical Society. Much of its content details the first fifty years of the town’s life, its people and initial growth spurt. That was when the downtown depot was a junction stop for the milk trains with passenger cars that made scheduled stops at Herndon on their way to and from D.C.

"Arts Herndon is thrilled to feature this legendary and representative collection as we once again work with a local group to share another historical exhibit for all ages, free and open to the public," Ormesher said.

The works provide an intimate look at the town's ragged struggles and pride as well as the buildings and pieces of equipment the town lost to fire, time, and destruction before preserving its history became the norm. Against the backdrop of period-appropriate sounds, the framed and professionally lit exhibit of black and white, and sepia images capture moments in the lives of the local tradespeople, fire department volunteers, and the town's movers and shakers.

The Herndon Silver Line Station is poised to open in late fall 2022. It goes in the same direction as the now-abandoned railroad bed and could lead to the town's second wave of significant growth and development.

Census records show that 422 people lived in the new town in 1880, one year after it was officially incorporated, with most of its council members being northern transplants. Half of the 88 household heads were born in Virginia, and most were white men who worked as farmers or laborers. The farming community and railroad quickly assisted Herndon's rapid ascension to the top of Virginia's dairy farming industry. During that time, the downtown area turned into a place where people went to buy agricultural equipment, groceries, and pharmaceuticals, unlike the current downtown, which is awaiting a significant mixed-use redevelopment project with an arts center.

"As a gallery, studio, and performance venue, Arts Herndon continues to present visual and performing arts, studio classes, and studio space to our richly diverse community," Ormesher said. She added that the Arts Center includes a shop where artisans sell handcrafted jewelry, glasswork, fiber and textiles, wood pieces, pottery, and other items, such as limited quantities of Town of Herndon history books by local authors. A reception with remarks from the curators and light refreshments will be held on Oct. 14 at 6:30 p.m.