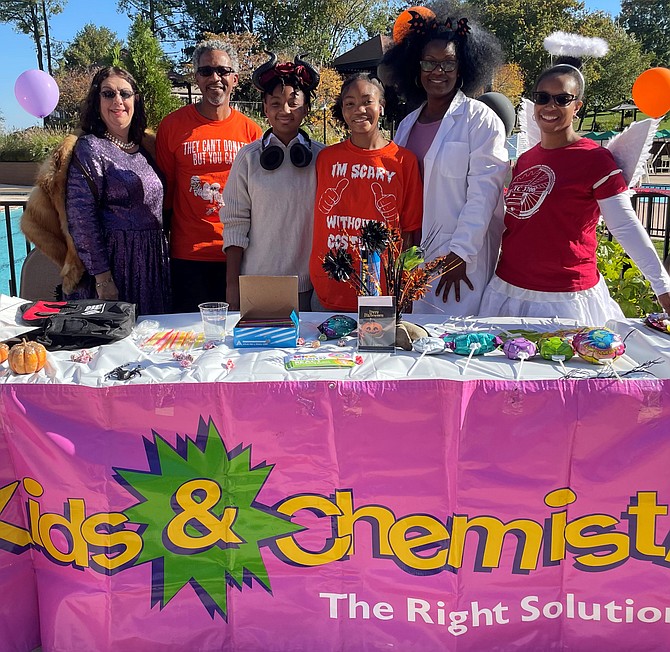 Hundreds of future astronauts, scientists, mathematicians and engineers turned out Oct. 15 at The Watergate at Landmark for the fifth annual Spooky Mad Science Expo, an event to combine Halloween and science learning projects.

The Expo is the brainchild of Watergate resident Zohreh Khoshnamak, who founded the community’s Science Club. The volunteer-based event serves the families at The Watergate at Landmark, which has around 4,000 residents.

“More than 500 kids and parents in different age groups attended the Expo,” Khoshnamak said. “The activities were designed for kids from preschool to high school.”

“It was exciting to see some of the kids who had attended the first Spooky Mad Science Expo at a very young age running the tables at this one,” Khoshnamak added.

“I also had a lot of help from Jenni, a Watergate resident, and her daughter Seychelles,” Khoshnamak said. “The event is an opportunity to spark the interest in science and technology in kids.”

To learn more about the club, contact Zohreh Khoshnamak at khoshnamak@gmail.com.