‘Thar Be Dragons in These Woods’
Votes

‘Thar Be Dragons in These Woods’ 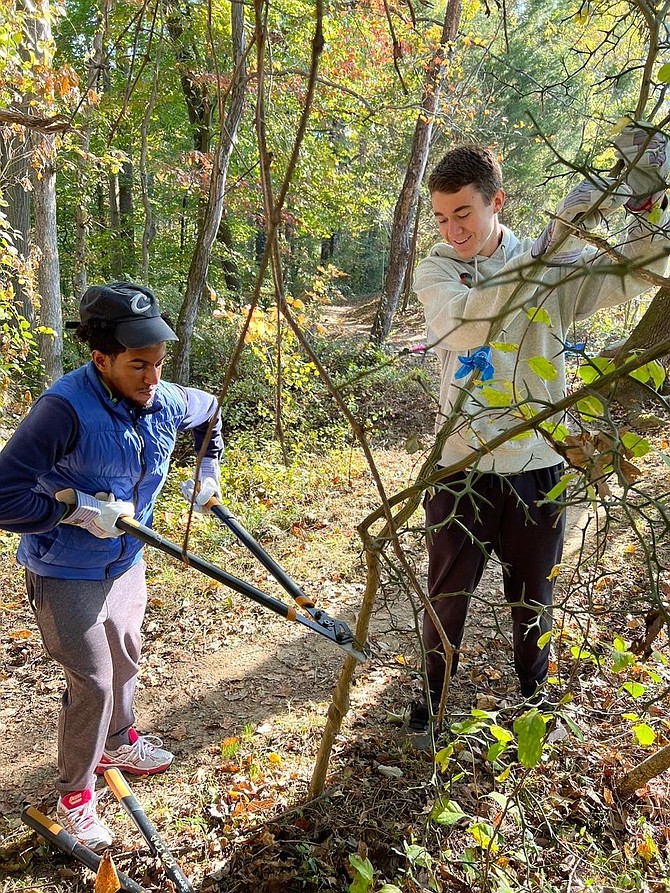 This is no fictitious Halloween monster tale. There are, or now more correctly were, dragons in our local Lorton park, though not the kind of ancient myth. These recently vanquished monsters are in the plant family; though the argument of exactly which plant family is on-going. Our slain dragons are likely Flying Dragon Citrus Oranges (Citrus trifoliata), a cultivar of the Trifoliate Orange or Hardy Orange (Poncirus trifoliata). 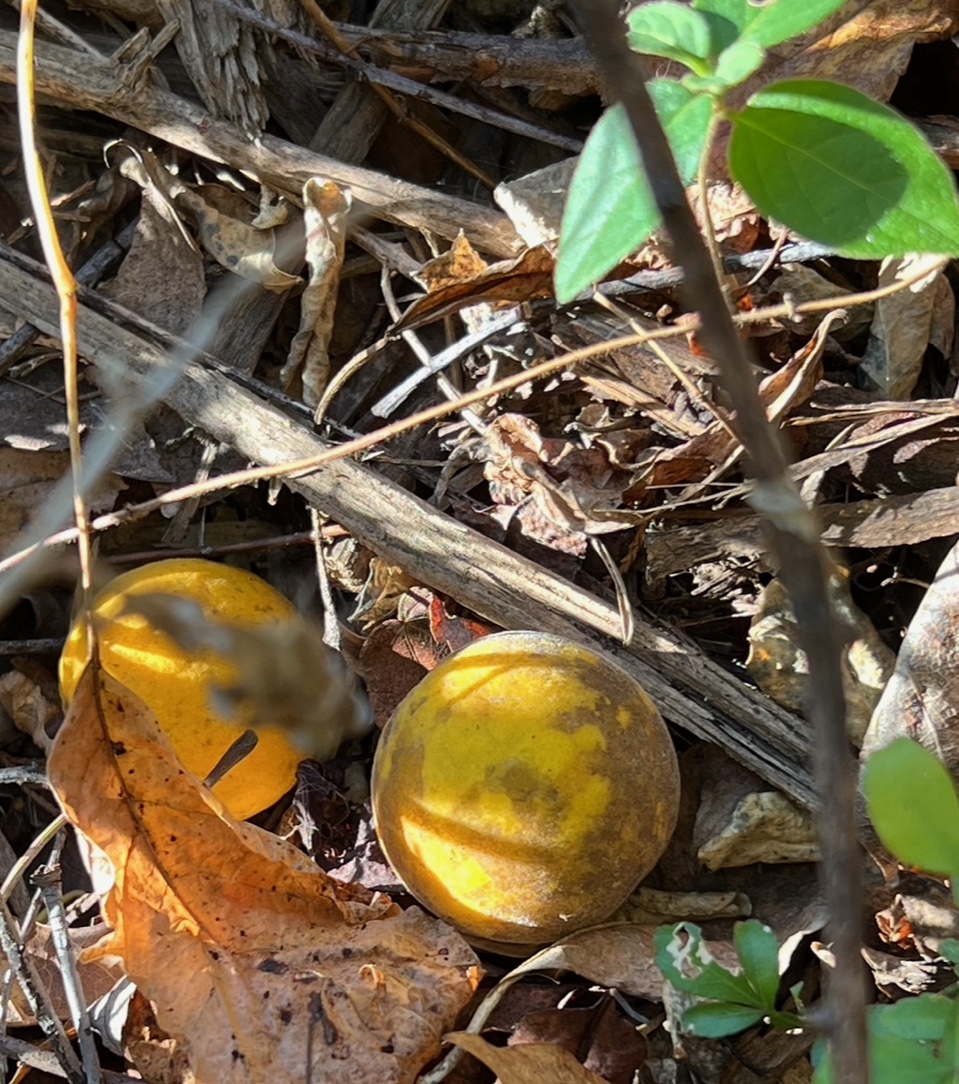 The golf ball sized fruit, filled with seeds and little pulp, is very tart, making it virtually unusable for anything except marmalade.

The Laurel Hill Park Volunteer Team made their first sighting of a small group of plants growing at the edge of the woods near the Park’s Central Green last winter. The plant had not previously been seen in the Lorton or Mason Neck area since 2011, according to Audubon of Northern Virginia’s plant survey keeper, Jim Waggener. A Virginia Master Naturalist spotted a second site soon after the first sighting, with larger plants in the northwest section of the park on the edge of the Park’s meadow restoration project area. Recently the team conducted an attack-and-destroy mission, armed with garden pruners and hand saws, to slay the Dragons.

The plant is the most cold hardy of citrus plants, capable of growing here in temperature zone 7, and as far north as zone 6. Dragons can tolerate moderate frost and snow. They grow to the size of a large shrub or small tree of between 13 and 26 feet, producing a white flower with a pink stamen in the Spring, with deciduous compound leaves presented as three green leaflets. The fruit is golf ball size with a downy fuzz. The most notable feature is the large, one-to-two inch green thorns, likely resulting in its common name, Flying Dragon.

Don’t let down your guard knowing there are no fire breathing dragons in our woods. This Dragon is described by the Maryland Invasive Species Council as “a very aggressive invader”. The plant was a past subject of the Council’s “Invader of the Month” feature. And like several other invasive, non-native plants, it is still being sold in some commercial nurseries.

It’s not being sold as a fruit tree. The fruit, though edible, is extremely bitter; described as a taste combination of a lemon and grapefruit. Used for medicinal purposes in its native Asia, the fruit can be used in making marmalades and jellies, however, it takes many of the small mostly seedy fruit with little pulp, and lots and lots of sugar.

The plant originally was introduced here for use as a barrier fence plant, due to its density, strong curved thorns and deer resistance. Instead of difficult to contain Dragons, Fairfax County’s Invasive Management Area program manager, Patricia Greenberg says, “I like to recommend the use of native trees and shrubs for hedges and landscaping.” Native species help provide more food and cover for a diversity of wildlife including songbirds. There are great examples of native plant alternatives offered on the Plant NoVA Natives website (https://www.plantnovanatives.org). "One such example of a better alternative is American Holly. The Holly is a native evergreen, with shiny spiked leaves and colorful red berries, attractive to birds through the winter. It’s valued for privacy, security and beautification plantings and is easier to manage.”