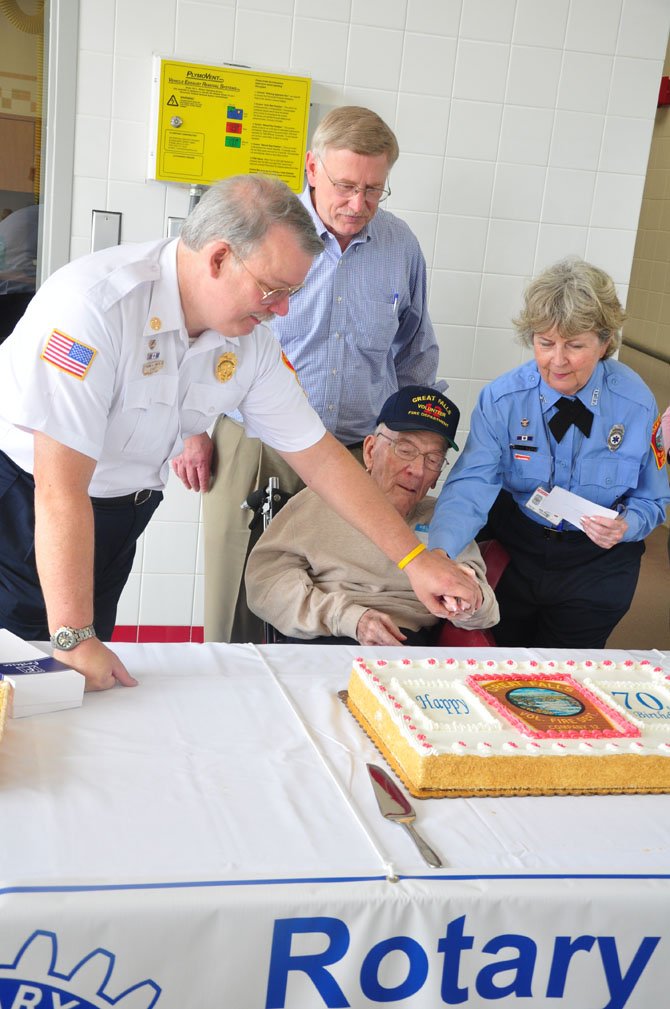 Milburn Sanders, 90, joined the Great Falls Volunteer Fire Department (then known as the Forestville Fire Department) seven days after it opened on May 5, 1952. Seventy years later, he was part of the celebration at a new building, with generations of volunteer and career firefighters that came after him.