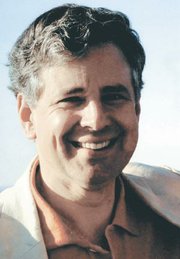 Born in Washington, D.C. to a Foreign Service couple, he grew up in Germany, Afghanistan, Russia, Yugoslavia, and The Netherlands. He attended high school at Christ School near Asheville, N.C., the Odenwald Schule near Frankfurt, Germany, and graduated from The American School of The Hague in 1975. He received a BA in 1979 from Brown University having spent his junior year at Stellenbosch University in South Africa. Nathaniel graduated from the University of Virginia Law School in 1983 and subsequently served a year as clerk to Richard Neely, then Chief Justice of the Supreme Court of West Virginia. He joined the New York law firm Walter, Constant, Alexander & Green before joining the CIA twenty years ago.

His career took him to Hamburg and Bonn, Germany; Bosnia; New York City; and Ankara, Turkey. His final post was in The Hague, The Netherlands. He was able to complete his final year in The Hague, after being diagnosed with a brain tumor, before returning to his home in Old Town Alexandria. Nathaniel's honors include the Distinguished Career Intelligence Medal and the Donovan Award. Nathaniel possessed a seriousness of purpose tempered by unfailing good humor and abundant appreciation of friendships and of the quiet heroism of his colleagues. He was an accomplished linguist, lover of history, and avid collector. He belonged to the University Club of Washington, D.C., the Yale Club in New York City, and the Old Dominion Boat Club in Alexandria.