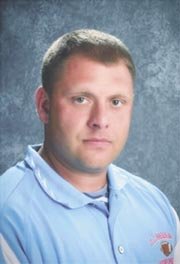 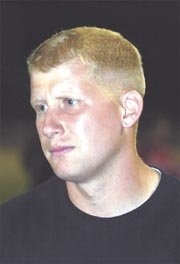 The McLean High boys’ and girls’ track and field team recently traveled to Newport News to take part in the 29th Annual Conn-Madden Relays on March 30.

McLean, in boys and girls combined scores, finished third overall among 21 schools. The Highlanders scored 78 points, finishing behind first place First Colonial (83) of Virginia Beach and second place B.T. Washington (80) of Norfolk. Finishing behind third place McLean was fourth place Menchville (70.50) of Newport News and fifth place Bethel (55) of Hampton. McLean was the lone school from the Northern Region to participate in the outdoor event.

&lt;b&gt;The McLean High boys’ lacrosse&lt;/b&gt; team, under its first-year coach Jake Bullock, has been competitive throughout the spring season and has pulled out its share of victories thus far. Under their energetic new coach, the Highlanders have competed with a passionate style of play that has made them exciting to watch, in victory or in defeat. Coach Bullock’s love for the game, and his sound leadership qualities have made him an idea coach for the McLean team.

So, the future looks bright for the Highlanders, who went 1-1 in Liberty District action last week. On April 13, McLean edged Jefferson, 8-7. The Highlanders, in the win, were led by senior team captains

&lt;b&gt;Marshall High School recently introduced Bill Lapthorn&lt;/b&gt; as its new head football coach. Lapthorn, a native of Cincinnati, played football at the College of Mount Saint Joseph. There, he earned a degree in health and physical education. Lapthorn coached football for five years at Cincinnati Winton Woods school, while also earning his masters degree in secondary education at Xavier University.

After completing his masters, he moved to Northern Virginia and accepted a position at South Lakes High School, where he taught health and physical education and served as the football team’s offensive coordinator. In 2007, Lapthorn joined the Marshall High community as a varsity assistant coach and health and physical education teacher. He said his goal for the Statesmen football program will be to produce a team that the entire Marshall community can be proud of by building champions on the field and in the classroom.

&lt;b&gt;The Sixth Annual George C. Marshall High Golf Tournament&lt;/b&gt;, which will benefit the school’s football program, will take place on Sunday, May 17 at the 18-hole, par 71 championship Penderbrook Golf Club course. A shotgun start will get things underway at 1 p.m. The day of golf will feature contests in the following categories: hole-in one, closest to the pin, longest drive and putting. Also, the event will feature silent auctions and raffles, personalized carts and green fees, goodie bags, beverage carts, free round of golf coupons, registration snacks and a dinner immediately following the tournament. Cost for a single golfer is $150 and $500 for a foursome. Make checks payable to Marshall Football Boosters. Sponsors are wanted. For more information, contact Marshall football coach Bill Lapthorn at William.Lapthorn@fcps.edu, or call him at 513-349-5525.

The McLean High girls’ lacrosse team, behind a fine overall effort, edged visiting Jefferson, 9-8, in a Liberty District contest played on April 1. The Highlanders, with the win, improved to 3-2 overall and 2-0 in the district. McLean senior Hannah Zegler scored three goals to lead her team past the Colonials, while fellow seniors Maggie Streeten and Melissa Maloof both tallied two scores. Also finding the net were freshman Mackenzie May and senior Molly Welch, both with one goal. Highlander junior goalie Hannah Longwell finished with 15 saves, 10 coming in the second half. McLean led at halftime, 5-4.

&lt;b&gt;The Marshall High JV girls’ lacrosse&lt;/b&gt; team is off to a terrific start this spring. The Statesmen, with many girls playing the sport for the first time, have garnered early season wins over both Falls Church and Stone Bridge.

The Statesmen JVers are under second year coach Nicholle Depaz. A Marshall High graduate, Depaz played college lacrosse at both Old Dominion University and Virginia Tech. She is proud of her team’s play thus far.

"For a majority of my team, this is their third week playing lacrosse," she said. "We still have a lot to learn. I am very proud of our efforts these past two weeks and look forward to how the rest of the season will play out once we have a couple more practices and games under our belts."

&lt;b&gt;The streak continues for the Marshall High girls’ tennis&lt;/b&gt; team. On a gorgeous Friday afternoon, April 17, Marshall hosted Langley in a Liberty District re-match. Following a delay due to transportation issues, the match got underway an hour late with intense singles competition. The Marshall girls came away with a 7-2 win.

The Statesmen won five of the six singles matches to clinch the overall team victory even before doubles play got underway. Singles winners for Marshall were: Faby Chaillo (No. 1 singles), Ana Dominguez (No. 2), Amanda Crider (No. 4), Sarah Doan (No. 5) and Kelly Crider (No. 6). The Statesmen continued to play at a high caliber in doubles where its No. 1 team of Chaillo and Dominguez were victorious, as was the No. 2 team of Crider and Lauren Hopwood.

On April 13, Marshall began the second half of its district season with a 7-2 win over Madison. The Statesmen, playing without No. 1 player Chaillo, used a lot of heart to defeat a talented Madison team. Marshall’s singles winners were: Dominguez (No. 2), Hopwood (No. 3), Crider (No. 4), Doan ( No. 5) and Kelly Crider (No. 6). In doubles action, Marshall garnered wins at No. 2 (Dominguez and Amanda Crider) and No. 3 (Kelly Crider and Astrid Adam).

"The girls quickly got back to their usual style after coming back from their spring break with great passing and team work," said DeSomma, the Saxon coach. "It was the perfect type of game for our girls to work themselves back into the toughest part of the season. [We have] four very competitive games in the next 10 days against the top ranked teams in Virginia, which will be interesting since Langley is ranked fifth in the State."

&lt;b&gt;Langley High senior Brittany Fruin&lt;/b&gt; will play college soccer for the U.S. Naval Academy. Fruin has been a four-year starter for the Saxons and has played for her club team, the 2007 State Cup champs FCV Netforce, since her under-9 season. She also played on the State ODP team for two years. Fruin will report for Induction Day at Navy on July 1.