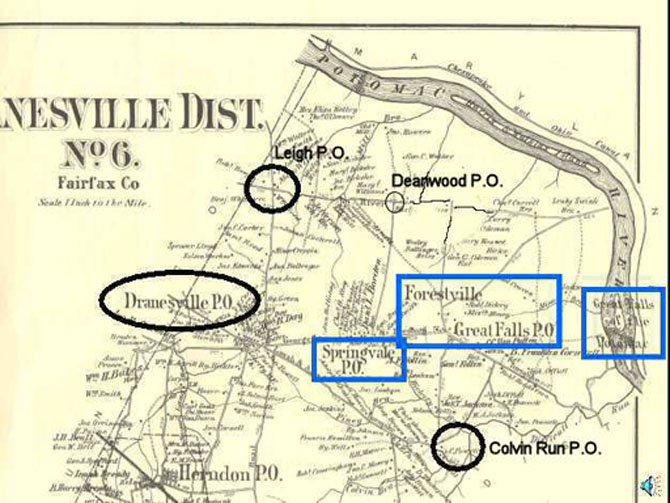 This "Photographic Tour" of Great Falls will be a display of the Naomi Whetzel Collection, recently digitized through the efforts of Doris Carpenter and Suzie Traut, who labored more than one year to complete the task. The digitization project was funded through donations and the annual members’ dues.

Whetzel has been the Society's Photography Archivist since first joining GFHS in 1972. She once spent four months photographing "every old place and thing" which she could find throughout the Great Falls community with the assistance of Milburn Sanders, noted local historian.

Whetzel expanded this documentary project into a life long pursuit of early photographs of our region. She actively contacted the descendants of our area's earlier families. Since some people were unwilling to part with their family photos, even on a short term basis, Whetzel took her equipment to their homes. There she re-photographed each picture, and then interviewed the family in order to accurately identify subjects in their photographs.

It is photographs from this collection that will be shown.

Great Falls residents are invited to consider becoming a member of the Great Falls Historical Society in support of their continuing history gathering efforts.