Herndon — With current Herndon Mayor Steve DeBenedittis deciding not to seek re-election, three current councilmembers will seek his spot in the town’s May 1 election. Vice Mayor Lisa Merkel and Councilmembers Jasbinder Singh and Bill Tirrell look to succeed DeBendittis, who was first elected in 2006. 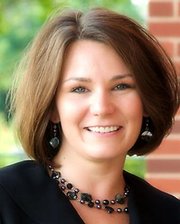 In 2009, she was part of the Downtown Master Plan Citizens Advisory Group, and was appointed by Supervisor John Foust (D-Dranesville) to represent the town on the Dranesville District Area Plans Review Task Force.

“One of my biggest priorities is to take our community-vetted plans and move forward into implementation,” she said.

She also said she would work with Fairfax County to make sure Herndon gets its share of transportation improvements.

“We need to be working with them now to discuss options for Herndon residents so we have reliable, frequent public transportation to the Metro on opening day,” she said. “We also need to be working with the county to improve the Spring Street-and Fairfax County Parkway interchange. These are services and amenities that the county owes to the Town of Herndon, that our tax dollars pay for.”

Merkel also said she hopes to be able to engage the county more while it is planning ahead for transportation options.

“I proposed to the council a couple months ago sending a letter to the county asking for a seat at the table while they were discussing our transportation options for the Herndon Metro station,” she said. “They are planning bus routes now and I don’t agree with letting the county plan it for us, we need to be advocating for our residents... I do not think the town should be footing the bill for this, I’ve never advocated for that. I’m simply asking for a conversation.”

More information on Merkel is available at www.lisa4herndon.com. 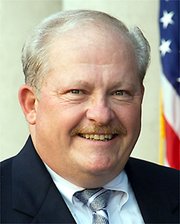 TIRRELL is in the midst of his eighth term on the council, having first been elected in 1990. Prior to his election to council, he served two years on the town’s Architectural Review Board, a year on the Board of Zoning Appeals and has served for six years on the Planning Commission, with the most recent stint being from 2002 to 2006. He also served 20 years in the Navy, from 1968 to 1988.

Tirrell says he has taken an attitude of caution when it comes to Metro planning, and though he has been painted as a possible obstacle, he said he is simply interested in doing his due diligence.

“My critics say I’m obstructive. In fact, I’m safeguarding the town. The town owns no land near the proposed Metro station. If we have to re-zone the area before we know if there will be a Metro station, we will vest developers with rights that we cannot take away.”

When it comes to downtown development, Tirrell said he supports establishing zoning ordinance that will spell out to developers exactly what kind of development the town is seeking.

“We need a form-based zoning ordinance that will enable developers to actually see what it is that the town wants when it comes to building styles,” he said. “We already told them densities and such, but a zoning ordinance would be more focuses on building style. The key to getting development done, in my personal opinion, is to have a plan. It was true for Fortnightly [Library] and it’s going to be true downtown.”

More information in Tirrell can be found at www.billtirrellformayor.com. 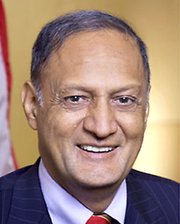 SINGH was elected to his first term on the council in 2010. He has been a resident since 2001 and represents Herndon on the Phase Two District Commission and served on the Virginia Municipal League’s Finance Policy Committee.

He is the founder and president of a company that focuses on analysis and reduction of the impacts of federal and state environmental, energy, transportation and health and safety programs on businesses, industries and municipalities.

He says he has spent his term on the council delivering hands-on assistance to constituents, and he would continue to do so.

“I have fielded every call for help form our citizens. I have showed up at their homes and businesses to listen to them, to pay attention to how they have been affected by our regulations and helped solve their problems. For the first time, they have hope that their government can be more responsive.”

Singh said he hoped to learn from Phase One, and use that knowledge to better plan for Herndon’s Metro station.

“One of the things we can do right now is pay attention to the amount of traffic going to and from the Wiehle Station,” he said.

Singh said he had several issues with the downtown master plan, including the parking garage and the financial forecast.

“Nobody has justified to me that the demand for a garage is there. It could sit empty and we could be paying the money for something nobody uses,” he said. “I reviewed the downtown master plan’s financial analysis in detail, and the analysis did not have merit. There’s no way you can tell that people will come from Reston and Ashburn to shop here.”

More information on Singh can be found at www.singhformayor.com.