Growing Up in a Virtual World
Votes

Growing Up in a Virtual World

The effects of today’s technologies on the lives of teenagers. 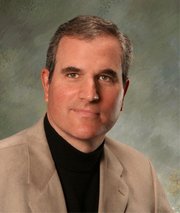 Several McLean and Great Falls residents that attended the presentation described how they balance the role that technology plays in their households. 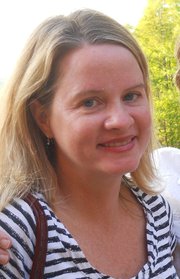 Kim Overdeck, mother and physician at Virginia Hospital Center, from McLean: "We are, for better or for worse, moving into more of a technological society where the kids are going to be expected to be computer savvy, and know how to deal with all of the new technology. And there’s a fine line between not getting enough, to the point where they’re not facile with it, like their peers. In our house we have a rule that my son gets a half hour of video games in the afternoon, after he’s done his homework (I have an 8 year old that this mostly pertains to); and then on the weekends he can play a little bit more. But it’s hard to keep it in check." 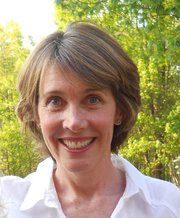 Tracy McGowan, mother and owner of a corporate housing business, from McLean: "You hear that too much is a bad thing. But how about nothing? Is that keeping your kids at a disadvantage? They crave it. And it’s a struggle. Sometimes when you limit things it becomes this attraction, so it’s hard to know. It feels like the right thing to do, but it’s hard in this society. We limit it, but we introduced it pretty late. My kids are 6 and 8, but I feel already like I am fighting the standard with handheld [devices]." 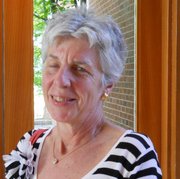 Until recently, we didn’t know that the average teenage girl sends or receives a staggering 4,050 text messages per month. That boils down to at least one message every seven minutes during her waking hours. This is a problem, said Dr. Leonard Sax, well-known author and psychologist, not just because of the amount of time spent, but because this and other research findings show that today’s teenage girl is hyper-connected to her peers; and she is more disconnected than ever from herself.

This Neilson Company study is one of many that Dr. Leonard Sax shared with an audience of more than one hundred parents and educators gathered at Madeira School last week. Sax, author of "Why Gender Matters, Boys Adrift, and Girls on the Edge," travels internationally to share research he has collected on the effects of social media and video games on the lives of teenagers. Sax is often viewed as an expert on the subject of teens and technology. Last week’s presentation mainly focused on the effects of social media on girls, and video games on boys.

Children and teens today represent pioneers in the virtual world, making technology a popular topic for parents. This, according to Meredyth Cole, Assistant Head of Madeira School, is the reason why the school invited Sax to speak at Madeira, and why the McLean independent school opened the talk to the community.

THE AVERAGE GIRL today is more anxious than the average girl admitted to a psychiatric inpatient treatment unit 40 years ago for treatment of anxiety, said Sax. Although there may be many reasons for this, one explanation, he said, is the saturation of social networking into the lives of teenage girls.

Years ago, girls would spend free time writing in their diaries, or just "goofing off," as he put it. This introspective time was important in helping girls figure out who they are. Now, a typical teenage girl spends much of her free time on Facebook, or other social networking sites, or texting her friends.

In fact, said Sax, one Stanford study found specifically that "Facebook makes girls sad. It pushes a positive spin. It turns out as an empirical finding that girls typically post only fun and happy things about themselves." This is only a problem because the typical teenage girl is very ready to believe that other girls are having much more fun than they are. In fact, he added, "last year a researcher found that the more time a girl spends on Facebook, and the more Facebook friends she has, the more likely she is to become depressed."

Social networking sites do not value authenticity. "She is polishing a mask, she is perfecting a brand, creating a persona not true to who she is, partly because she doesn’t know who she is," he added.

However, he told the audience, technology is not all bad and social networking sites are okay. They are just not to be used in lieu of actual social situations.

STATISTICALLY SPEAKING, boys do not spend as much time on social networking sites or texting as girls do. They do, however, spend more time playing video games. In fact, Sax noted that teenage boys have become disconnected and, in fact, unmotivated due in large part to the amount of time they spend playing video games. He shared some well-known statistics showing that the level of violence in videogames is harmful to children and teens. In addition, he shared statistics that show a direct relationship between the hours spent playing videogames (starting at six hours per week), and a decrease in achievement.

Violent video games have become increasingly popular, as illustrated by the recent release of Call of Duty, Modern Warfare 3, a videogame rated "M," for a mature audience. In November 2011, this much-publicized videogame was released, and made $775 million in its first five days. That makes it the "most successful launch of any entertainment in any medium in the history of our species," said Sax.

Until recently, one tool to help parents assess a videogame for its age appropriate content was a website called whattheyplay.com. But the videogame industry bought that site about a year ago, and for obvious reasons, immediately shut it down.

Though much of the research looked rather daunting, Sax admonished parents not to be discouraged. Children today, though they may not admit it, still look to their parents for guidance. He shared a list of guidelines to help keep a healthy balance of technology in a household. His advice for families includes:

*No phones or electronic devices at the table

*Fight for time together as a family

*Choose outdoor vacations, and seek out destinations that do not provide good wireless connection

*No more than 40 minutes of videogames on school nights

*No more than one hour of videogames on weekend days

*No videogames rated M, until after the age of 18 (which is what the videogame industry itself recommends)

*Actively and openly review your children’s online and cell phone activity. When they complain about the invasion of privacy, remind them that there is no expectation of privacy on any social networking sites. Sax often advises teens to not post anything that they do not want to see in the newspaper the next day. He recommended monitoring utilities, CyberPatrol or WebRoot.