A look at what makes Alexandria unique. 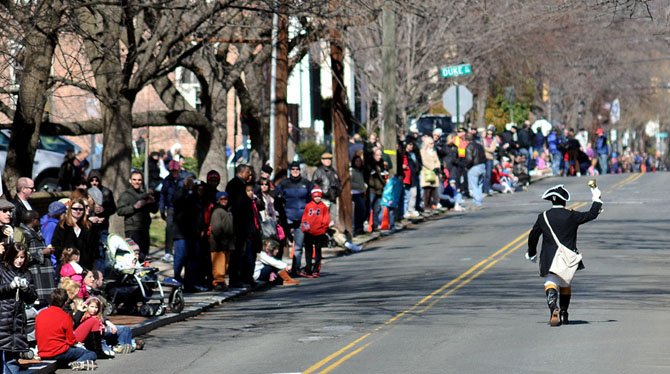 Alexandria — As the hometown of George Washington and Civil War General Robert E. Lee, the city of Alexandria attracts visitors from near and far to enjoy America's historic main streets. From being named a top Christmas and arts destination to making Money Magazine's list of the Top 25 “Best places for the rich and single” in America, there is no shortage of accolades for our community.

But beneath the obvious attractions that draw visitors from around the world are the Doggy Happy Hours, the Hard Times horse or a cheesesteak at Al's in Del Ray that give the city a character all its own.

“Living in Alexandria is like living in 'The Truman Show,'” said Old Town resident Christine Sennott in a reference to the popular Jim Carrey film. “It's almost too perfect.”

Sennott, a Realtor with Century 21 New Millenium, relocated to Alexandria two years ago.

“When I first stumbled into Old Town I was mesmerized by its charm,” Sennott said. “The brick sidewalks, the unassuming buildings that all had a story to tell, the picture perfect parks that were lapped by the river. This town is the perfect community providing incredible cuisine and entertainment in a peaceful waterfront setting.”

Wander along King Street and you're likely to run into Tom Hulfish, a lifelong resident whose ancestors first came to Alexandria in the late 1700s.

“I think one of the most interesting things about Alexandria is that it's the home of the Tomb of the Unknown Revolutionary Soldier,” Hulfish said. “That is the first tomb dedicated to an unknown soldier anywhere in the nation.”

One of the city's most obvious landmarks is also considered by many to be one of its best kept secrets.

“The George Washington Masonic Memorial is the best kept secret in town,” said longtime resident and Meals on Wheels volunteer Buzzie Harris. “Everybody sees it but no one ever goes to the top. That's something everyone should do. The view into Washington is spectacular.”

It doesn't take long for even a newcomer to realize that Alexandria is a city that loves its festivals and parades, starting with the largest George Washington birthday celebration in the country followed closely by the nation's first St. Patrick's Day Parade on the first Saturday in March.

While the city is officially known as a top Christmas destination, thanks to the residents of South Lee Street in Old Town, it is fast surpassing Georgetown as the place to be on Halloween with decorations that would do the Rocky Horror Picture show set designers proud.

Thanksgiving brings the Del Ray Turkey Trot, followed closely by the Scottish Walk Weekend and the Holiday Boat Parade of Lights on the Potomac River.

For more than a century, another Alexandria holiday tradition was serving the famous Shuman's Bakery Jelly Cakes at family gatherings. Although Shuman's closed its doors in 2004, a little-known secret is that the legendary Jelly Cakes are still available.

The cakes are available at www.shumansbakery.com and can be delivered or picked up locally at The Winery on South Washington Street or Alexandria Cupcake on King Street.

When it comes to entertainment, tourists head for the Kennedy Center while locals head to the Birchmere, a concert by the Alexandria Symphony Orchestra or a show at MetroStage, The Little Theatre of Alexandria or Port City Playhouse.

For those looking to perform themselves, a wide variety of classes are available for children and adults at LTA's home on Wolfe Street. The Alexandria School for the Performing Arts offers music and voice lessons at the Salvation Army Citadel on Mount Vernon Avenue in Del Ray for $60 per nine-week semester.

Last but certainly not least, Alexandria is a community of service to others. Organizations like the Rotary Club, Senior Services or Carpenter's Shelter provide a helping hand to some of the city's most vulnerable citizens.

“It is so beautiful and peaceful to watch the sunrise over the Potomac River,” Sennott said. “But at the end of the day, it really is the people and the spirit of giving that make this community so special. I have truly never found another place that I love as much as Alexandria.”