That's What Friends Are For
Votes

That's What Friends Are For 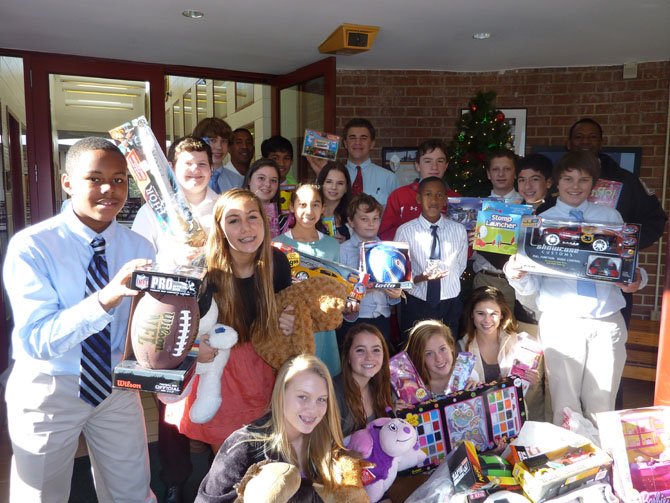 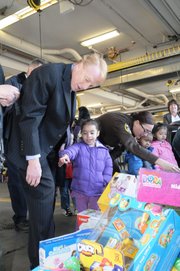 Alexandria — For 45 Head Start preschoolers, Christmas arrived a week early when they entered Penn Daw Fire and Rescue Station 11 Dec. 18 to select a toy of their choice from the thousands that had been collected as part of the 2012 Firefighters and Friends annual toy drive.

“For the first time we are letting a few of the kids pick out their own toys,” said Capt. Willie Bailey, founder of the drive. “Words don't describe the way the kids' faces light up when they see a toy and realize it's theirs to keep.”

Following the visit from the Gum Spring area students, representatives from a record number of organizations set about collecting toys for the children they serve.

“We have over 70 schools, shelters and nonprofits from Alexandria and Fairfax County participating in this year's drive,” Bailey said. “I can't believe all the schools and nonprofits that reached out to us this year. You hear on the news that the economy is rough — this is proof.”

Now in its 16th year, the annual drive collected 4,000 toys with the help of local businesses and individuals, including students from St. Stephen's and St. Agnes middle and upper schools.

“We got the entire school community involved,” said eighth grade history teacher Karen Ruberg. “Willie came and spoke to the middle school students and explained how older kids are often forgotten so we encouraged them to collect toys they would like themselves.”

“I can't believe all the schools and nonprofits that reached out to us this year. You hear on the news that the economy is rough — this is proof.”

In addition to toys, more than 130 new bikes were collected for what has become known as Distribution Day along with cash donations that allowed Bailey to purchase gift cards for older teens.

“Every local company we reached out to for help didn't turn us away,” said Bailey, who was presented with checks from Caldwell Banker Brokerage and the Fairfax-Arlington Elks Lodge just prior to the distribution of toys. “It's sad that the need is still out there but good that the citizens and business community step up and support it.”

As has become custom, Primo Family Restaurant donated pizza and food for the dozens of firefighters and volunteers helping sort and distribute toys for children in need.

“We're going to be able to help a lot of kids with all the donations that came in,” Bailey said. “We don't want a kid to go without a toy if we can help it.”