Personal storage facility will be in office-like building, will contribute to downtown revitalization. 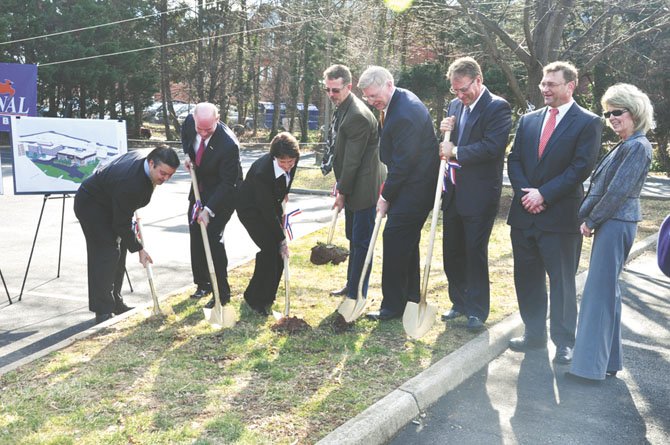 The Extra Space Storage building is expected to be complete in the next 12 months and will hold 544 units in an office-like building at 1320 Chain Bridge Road. The building marks a turning point in downtown redevelopment as well, as it will include a landscaped pedestrian walkway, brick and concrete sidewalks and the undergrounding of utilities along its frontage. 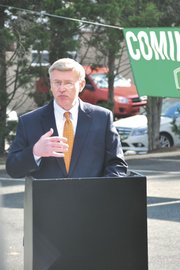 Supervisor John Foust (D-Dranesville) speaks at the groundbreaking of the Extra Space Storage facility in downtown McLean Wednesday, Feb. 1, which will make many improvements to the area.

"This facility will look nothing like any personal storage facility I’ve ever seen, it’s office-like appearance will be very harmonious with future development," said Supervisor John Foust (D-Dranesville).

The project will also include what Foust called "a safe way to Safeway," a walkway from Beverly Road to Old Chain Bridge Road which will allow pedestrians to cross. The building will also be the first LEED Silver rated personal storage facility in Virginia.

"Extra Space Storage has a long tradition of community service and this facility is very much part of what sort of local business this community can use," said Jack Wilbern of Butz-Wilbern, the architect for the project. "This has been many years in the making, and it’s the start of some phenomenal improvements to this side of McLean."

Fairfax County Board of Supervisors Chair Sharon Bulova said she had high hopes for what the new facility means for the future of downtown McLean.

"I am so impressed with the artist renderings I’ve seen for what will replace a humble parking lot, and it’s something that will pull proponents of this community together," she said. "It really sets the tone for private development here in downtown McLean.

The project’s design is consistent with the revitalization efforts of groups like the McLean Revitalization Corporation, which aims to enhance downtown McLean’s appearance, make it more pedestrian friendly and increase its economic significance by working with residents, landowners, business owners and local officials.