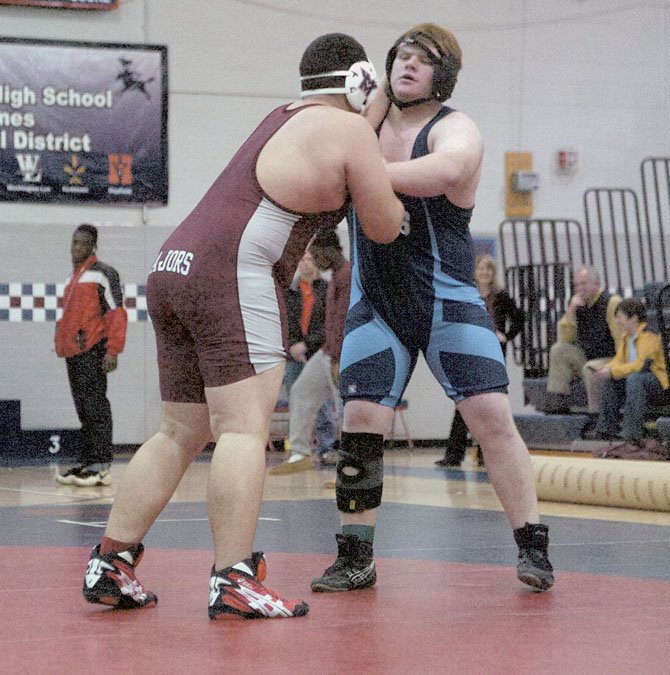 Falls Church — Yorktown heavyweight Charlie Whelden has battled the injury bug throughout his high school career. On Feb. 4, a partially torn meniscus in his right knee wasn’t enough to keep "Ox" from capturing a

"It feels great. I’ve been trying for this for four years."

"It feels great," Whelden said. "I’ve been trying for this for four years."

"I think whatever way I [won], I would have felt just as great," Paduda said. "But adding the pin to give extra team points gives a little bit of a boost."

David Garcia (182) and Hakeem Sanusi (195) each finished runner-up in his respective weight class.