‘Fears and Phobias’ Serves Up Diverse Views on Fear
Votes

‘Fears and Phobias’ Serves Up Diverse Views on Fear 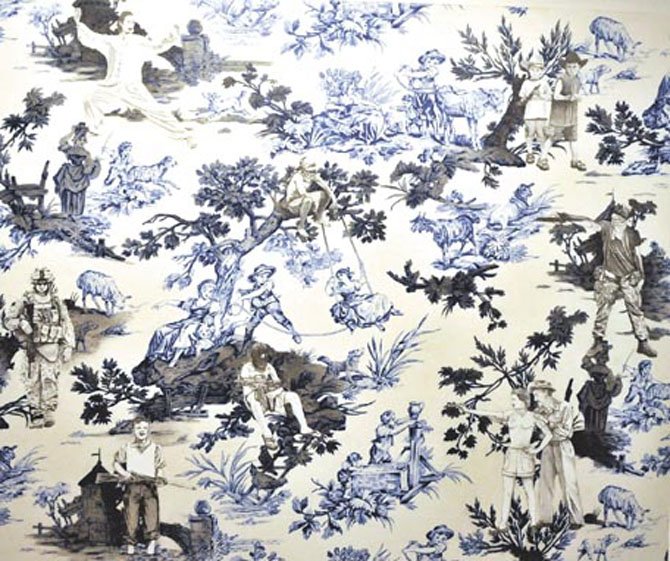 By By Erik Heaney 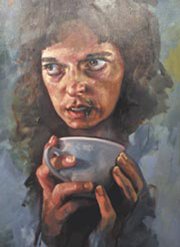 At the Tornado Factory's new exhibit, "Fears and Phobias," artists were given the opportunity to explore that which makes people afraid or anxious.

On Jan. 12, more than 200 people attended the reception at the Target Exhibit in which they were able to see the 22 works on display and meet some of the artists.

When describing how the Target Exhibit committee chose the theme of fear for its next exhibit, Gallery Director Mary Cook said that they had based their discussion off of the Mayan end of the world, referring to the Mayan myth that the world will end and begin a new cycle on Dec. 21, 2012. "We thought that this would be an appropriate theme for the year 2012," Cook said.

Many artists created their pieces as a means to manage their own fears, while others chose to soften the fears that inflict others. The artwork featured most mediums including pencil, paint, oil, film, sculpture, fabric and photography.

Lia Newman, director of programs and exhibitions at Artspace, in Raleigh, N.C., who had the challenge of narrowing the 500 submitted pieces of art down to the 22 works that are currently on display, commented on this diversity: "I was surprised by the huge array of phobias and fears out there." Noting that "fears can be irrational," Newman remarked that many of the works were motivated by a need to reconcile these fears, which is possible because "there is a power in art to work through problems."

Suzanne Vigil, an Alexandria resident and a long-time contributor to the Tornado Factory, wished to show in her piece "Ick," something that normally revolts but, on further examination, can be quite beautiful.

Vigil explained that her piece was inspired by serendipity, when she happened to come across a magnified photograph of a cockroach. The photograph offered a magnified view of a cockroach, at which Vigil was "astonished at how beautiful a creature it really was. It has such great colors: amber, sienna, burnt yellow."

In revealing how beautiful a cockroach can be, Vigil wanted to provide an "abstract view of a cockroach, and allow viewers to lose the context that these creatures usually exist with, particularly all of the negative attention it gets."

Iain Muirhead, a Chicago-based artist, painted a 36" x 47" portrait of what appears to be an unassuming middle-aged man. But, in fact, it is a portrait of a convicted sex-offender.

Muirhead said that this was a part of a series of pieces of painting that "were of predators within my own neighborhood, all within a four block radius of my apartment." In displaying his work, he had hoped to encourage parents to learn about appropriate strategies to better "keep their loved ones safe."

Artist Mike McAteer talks about his work, a coconut cake. McAteer was diagnosed with diabetes last year — the fear of sugar influenced his entry.

With the humorously titled "The South Shall Raise my Bloodsugar," Mike McAteer used art for therapeutic means. Having been diagnosed with type 1 diabetes last year, McAteer explained that "one day I was totally healthy, and the next day I was nearly on my deathbed."

In taking a traditionally appetizing food item and twisting its image, McAteer remarked that it "serves as a dark and humorous metaphor for my life." Moreover, the artist hoped to strike a chord with all those who have a debilitating disease, and raise awareness of the daily challenges for those that have type 1 diabetes.

Newman said that this exhibit is different from many others, because of the inherent challenge of sharing a fear with someone else, let alone making a fear public. The theme "asks artists to take what is internal, and put that up on display," said Newman, "and that takes a lot of courage. That’s not easy to do."