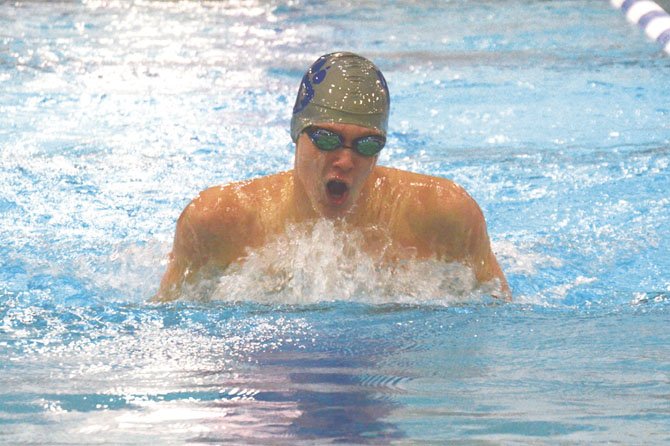 In the last meet of the regular season, the West Potomac girls’ and boys’ swim and dive teams posted wins over the Lee Lancers on Jan. 20 at the Lee District Recreation Center.

The Wolverine girls improved their record to 3-4, dominating the Lancers by taking first in every event and winning 228-80. The boys also had a decisive win, improving their record for the season to 2-5 with a final score 213-96.

Following the meet, the Wolverines had their senior night celebration, honoring 22 team members who will graduate with the class of 2012.

The Wolverines will compete Friday and Saturday, Jan. 27-28 in the Patriot District Championships at Lee District Recreation Center.

The Mount Vernon wrestling team went 7-0 during the National District Duals on Jan. 20 and 23. The second day of action was scheduled for Jan. 21 but postponed due to inclement weather.

Mount Vernon will compete in the district tournament on Feb. 4 at Stuart.

The West Potomac girls’ 4x8 relay team ran a state-leading time of 9:26.50 this weekend at the New Balance Games, where they placed fourth. The boys qualified for regionals and placed 12th with a time of 8:20.

Sarah Jane Underwood has been selected to compete in the US Open High School Girls Mile this Saturday, Jan. 28 at Madison Square Garden.