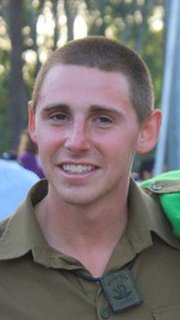 Cliff Goldkind doesn’t want poker to be his life’s work. However, the 25-year-old Potomac native doesn’t mind using his skills to win some money.

Goldkind, a 2005 graduate of Churchill High School, earned $559,514 by winning event No. 19 at the World Series of Poker in Las Vegas: a $1,500 buy-in, three-day no-limit hold ‘em tournament which lasted June 9-11. He bested a field of 2,302 to earn his first WSOP bracelet. He won the final hand of the tournament with pocket sixes.

While focus at the table wasn’t a problem, Goldkind said his mind would race at night while he was trying to sleep after the first two days of the tournament.

"My mind," he said, "was actually good at staying really focused at the table, [thinking about] the decision that should be [made] — all of the facts that were relevant to me doing well."

Goldkind said he started playing poker casually when he was 15 or 16 and started to get serious about it while in college, playing primarily on the Internet. He kept track of his hourly earnings and realized he was doing better than he would at a part-time job.

The reaction to Goldkind’s poker success, he said, has been mixed between those who understand the game and those who don’t.

"I thought about it before I played: I don’t want my life’s work to be poker. That would be cool if that’s how I could support myself financially, but that’s not what I want my life’s impact to be."

"My friends that know poker well are excited for me and know what I’ve been doing and know it’s a profitable way to make money," Goldkind said. "Friends and family who don’t know poker don’t know what I’m doing, but know the amount of money I’ve won."

Goldkind studied economics and game theory at Washington University in St. Louis. He also spent a year-and-a-half in the Israeli army. In the fall, Goldkind plans to attend The Fletcher School at Tufts University and study international development. While poker is profitable, Goldkind said he has hopes of one day working in microfinance.

"I thought about it before I played: I don’t want my life’s work to be poker," he said. "That would be cool if that’s how I could support myself financially, but that’s not what I want my life’s impact to be."