A 14-year-long circle of life. 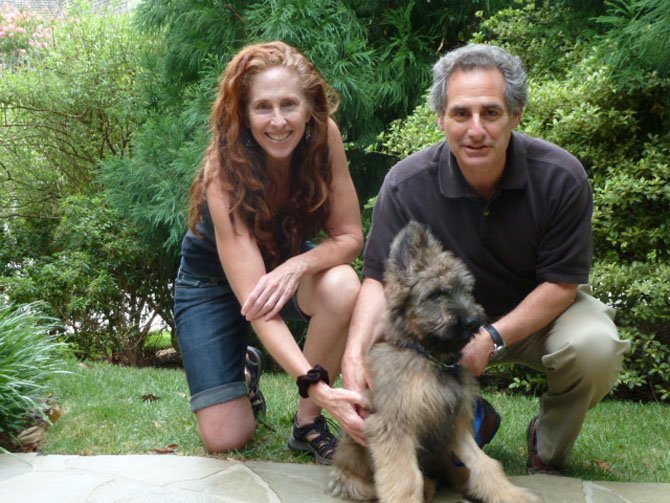 The Rosenbergs and their puppy Chance.

Sheila and Jan Rosenberg’s Briard named Chase was the light of their lives. They had purchased him from Deja-Vu Briard breeders in Cleveland, Ohio when their son Adam was six and their daughter Allie was eight.

A Briard is an ancient breed of French herding dog, known as “a heart of gold wrapped in fur” because they never stray far from their loved ones. They are very protective, extremely intelligent, easy to train and loyal to their masters.

For 14 and a half years, Chase was a beloved member of the Rosenberg family. When he died April 3, everyone in the family was heartbroken. Chase was buried in a spot overlooking the Potomac River in back of the Rosenberg’s Potomac home. “The day we buried him was a sad, sad day,” said Sheila Rosenberg.

Two days after they buried Chase, Jan Rosenberg contacted the breeder, Terry Miller, by e-mail to tell her that Chase had passed away peacefully. He wrote, 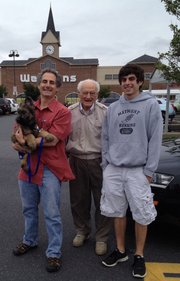 “Chase was a real gift to our entire family and left us with dignity and love till the end.” Both Sheila and Jan Rosenberg were overwhelmed by Terry’s reply. In addition to her condolences, she wrote, “Ironically we had a litter today from our Briard female named Chase. The synchronicity of the universe I guess. One Chase leaves the planet and one Chase adds 12 new lives to it.”

A few weeks later, during a sleepless night, Shelia Rosenberg started writing a story in her brain. “I had always thought it was silly to get the same kind of dog that we had before — and I knew we could never replace Chase. But then I started thinking that we were getting a second chance by adopting one of these puppies from their Chase. I also thought that situation was just too uncanny and we surely had to adopt one of these puppies to honor our Chase. So we did it! And, of course, we named him Chance.”

“Chance has brought us so much happiness. We miss Chase and could never replace him, but Chance has really given us a second chance,” said Jan Rosenberg.