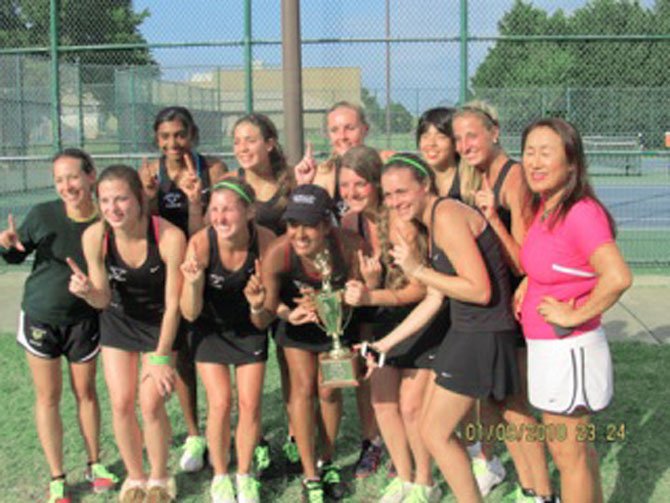 The Saxon's state championship is their first since 1992. Going into the finals match with Mills Godwin, Langley had not, in 19 previous team matches this spring, played a match closer than 7-2. Langley, with the state title under its belt, finishes with a perfect 20-0 record.

Langley, in order to clinch the state crown, had to win at least two of its three doubles matches. Goodson and Emery won their No. 1 doubles match, 6-2, 6-0. Both the No. 2 (Kitty Branche and Melissa Parks) and No. 3 (Jenny Liu and McKenzie Malpede) doubles matches went to three sets. Liu and Malpede went on to win their No. 3 match, securing the fifth win and Langley's state championship.