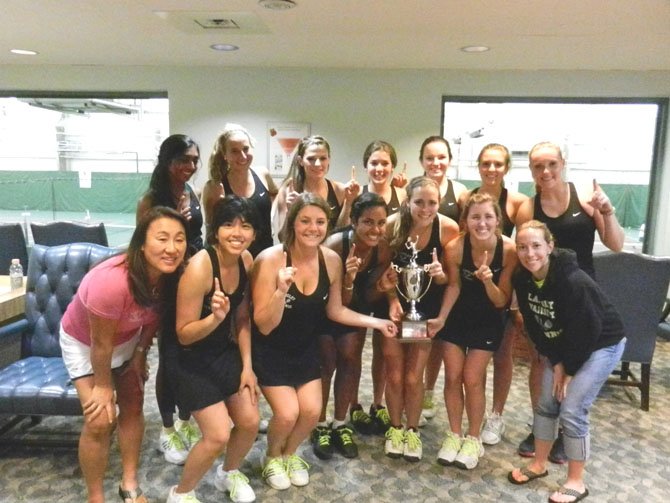 The Northern Region champion Langley girls' tennis team, shown here celebrating their title win over Jefferson, was set to host a state tournament quarterfinals round match on Tuesday, May 29. Photo/Courtesy of Susan McQuade

The No. 6 singles match between Langley junior Vivian Louthan and Jefferson's Natalie Cheng was not completed.

For the season, Langley is 14-0 as a team, including victories at both the Liberty District and region finals.

Earlier this week, on Tuesday afternoon, May 29, Langley was set to host a Virginia State AAA quarterfinals playoff match versus the runner-up team from the Central Region.