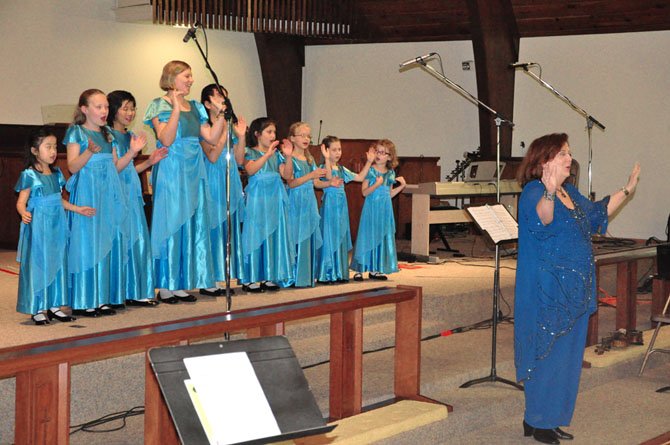 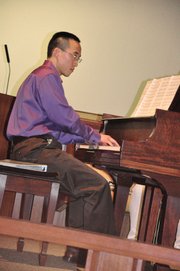 "The poor can be largely invisible in a wealthy suburb like McLean, and Share was started to assist them," said Victor Kimm, president of Share. "Last year we provided services to more than 1,250 families with more than 3,000 household members, almost 1,200 of which were children."

Since 2006, Share has seen a doubling of the amount of clients, and Kimm credited the organization’s volunteers with helping them keep on the demand.

"The only reason we’ve been able to keep up with the demand thus far has been because of our core of volunteers," he said. "We’ve been generating more than 1,000 hours of volunteer service per month."

Kimm said Share’s clients are most often affected by job loss or illness, and said that there are many positive stories of the good the group has been able to do. He recalled a woman who received financial assistance twice in a month that kept her from being evicted and moving into her car.

THE UNEXPECTED kicked off the concert, three boys who have been together for the past three years, since they were nine. They played two classic rock hits, Ozzy Osbourne’s "Crazy Train" and Styx’s "Renegade," before performing an original, "April’s Redemption."

The concert then took a lighter turn, with members of the Arlington United Methodist Church Orchestra. The 11-piece group performed a selection of "Daisy Bell," "Sidewalks of New York" and more.

The Son Shine Room string ensemble, made up of the orchestra’s stringed instruments, also played a few songs during their set.

After the orchestra, things turned back to rock and roll, with all-girl quartet The Diamond Dolls performing a selection of current and classic hits, including Adele’s "Rolling in the Deep" and Bon Jovi’s "Wanted Dead or Alive."

"I thought they did a great job with the lineup of the bands, they mixed in the young people well with the orchestra and the pianist," said Harriet Wilson of McLean. "If their goal was to appeal to a wide range of audience, and expose people of different age groups to music they weren’t used to, they succeeded, and it was a lot of fun."

The classical theme came back after The Diamond Dolls, in the form of pianist Steve Ni. An engineer who has played piano since he was five, Ni performed several pieces from Chopin, as well as "What A Wonderful World" and "We Are the World" which were accompanied by the audience singing.

The Diamond Dolls perform at the third annual Share Benefit Concert at Charles Wesley United Methodist Church Saturday, June 16. The group was one of several that played a variety of genres at the concert.

THE SHOW concluded with the World Children’s Choir, which was founded in McLean in 1990, and is a not-for-profit that provides musical exploration for children with music from all over the world. The group has performed for diplomats and presidents, including at a recent event hosted by Barack and Michelle Obama.

"We usually have about 48 members, but the ones here today are the ones not on vacation for the summer," said Sondra Harnes, artistic director and founder. "But I think this works well, because it gives us a chance for a more intimate, personal performance."

"This is the third year Charles Wesley UMC has hosted this concert, and it’s becoming a must-attend event in this community," said Hunter Pollitt, Share vice president. "We’re grateful for all of the performers who donated their time and talents to us free of charge."

More information on Share can be found at www.shareofmclean.org.