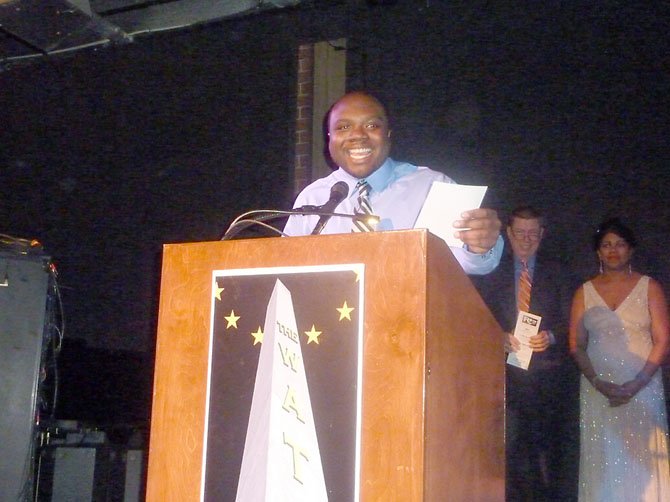 Christopher Prince accepts the award for Best Featured Actor in a Musical for his role as Ken Page in the ESP production of "Ain't Misbehavin'." Photo by Jeanne Theismann.

Going into the evening with 22 nominations among regional theatres for the 2011 season, ESP's production of “Ain't Misbehavin'” took home three WATCH Award trophies while “A Midsummer Night's Dream” took home one. 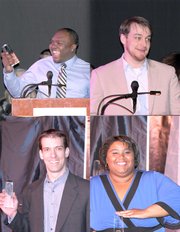 Michelle Harmon and Rikki Howie, a nominee in the Best Featured Actress in a Musical category, earned a resounding ovation as they performed the song Black & Blue from “Ain't Misbehavin'” to the sold-out crowd during the ceremony.

Prince, Jones and Howie are no strangers to ESP audiences. The three were featured performers in the 2010 production of "Rent" while Allen designed the music for that season's "Metamorphoses." “Rent” and “Metamorphoses” were named Outstanding Musical and Outstanding Play during last year's WATCH Awards ceremony.

“Ain't Misbehavin'” was Villarubia's first show at ESP, but co-winner Rieder has been set painting for ESP and local theaters for several years with multiple nominations.

Winners were selected from 127 productions that were adjudicated at 32 community theatre companies. In each of 38 categories, five nominees were selected based on the average scores of eight judges. 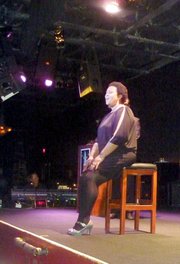 For more information on the Elden Street Players theatre company, including a complete list of WATCH Awards won over the years, visit www.eldenstreetplayers.org.