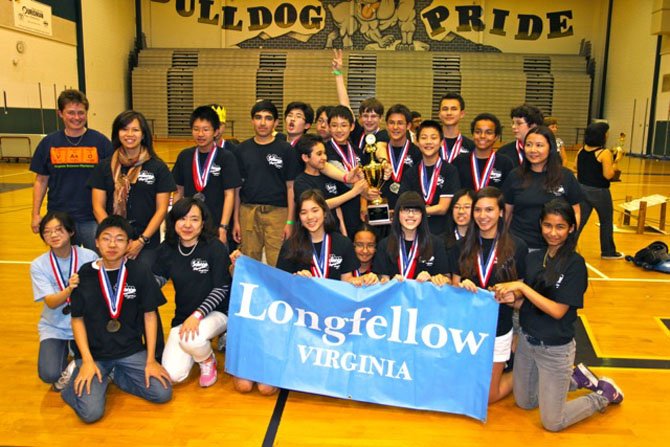 time, Longfellow pulled well clear of the competition with an outstanding performance: team members won the gold medal in 12 of the tournament’s 23 events, and placed second or third in 8 other events.

To achieve this level of success, Longfellow’s team had spent six months studying a wide range of scientific topics--such as geology, biology, epidemiology, thermodynamics, physics, and experimental design--as well as building catapults, towers, mousetrap vehicles, and other machines for the competition.

The students aren’t taking time to rest on their laurels. Up next for Longfellow: a trip to Florida to compete at the Science Olympiad national tournament, which will be held at the University of Central Florida in Orlando on May 18-19. The students are looking forward to matching up against the best teams from around the US, including four-time defending national champions Solon MS of Ohio.