Stallions Ready for the Postseason
Votes

Stallions Ready for the Postseason 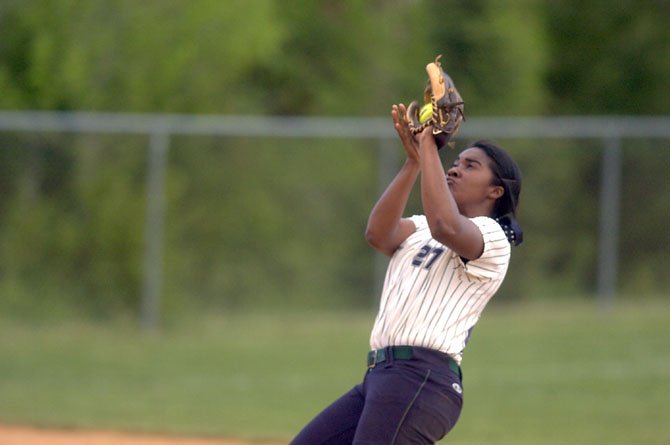 Lorton — With one game remaining in the regular season, the South County girls' softball team is beginning to get geared up for the upcoming postseason.

The Stallions, one of the top teams in the Northern Region, are set to close out the season schedule with a Patriot District home game versus Lake Braddock on Thursday, May 10 of this week. Going into that game with the Bruins, South County was 17-2 overall and 12-1 in the district. The Stallions' lone district setback came to Lake Braddock, 3-2, in the first meeting between the two teams on April 17. South County's only other loss this season came way back in its season opener, a 4-2 loss at defending Northern Region champion Westfield on March 15.

"I think we are peaking at the right time of the season," said South County coach Gary Dillow.

During one recent four-game stretch of play, all against district opponents, the Stallions won all four in shutout fashion. Those wins, in which South County scored 43 total runs, came at Lee High, 11-0, on April 24; home versus Woodson, 14-0, on April 25; home versus Annandale, 6-0, on April 27; and home versus T.C. Williams, 12-0, on May 3.

Earlier this week, the Stallions won district home games over West Potomac, 8-2, on Monday, May 7, and West Springfield, 10-0, on Tuesday, May 8. The game versus the Spartans on Tuesday was South County's Senior Night.

"Pitching and defense have been outstanding, and the hitting has been pretty consistent," said Dillow, whose team has nine shutout wins on the season.

The coach said playing a tough team like Lake Braddock is good for his squad.

"That should just help us be better prepared for the district and regional play-offs," he said, of playing talented teams in general.

MOST TEAMS across the Northern Region view the postseason as the opportunity to put everything together and make strong playoff runs at their respective district tournaments and the region tournament. Four teams from each of the region's four districts (Concorde, Patriot, Liberty, and National) will qualify for regionals.

Once teams get to regionals, they are two wins away from advancing and competing at the festive Memorial Day semifinals games. The teams which win those region round of four contests advance to the region title game and also qualify for the eight-team Virginia State playoff field.

Last year, Westfield High captured the region crown with a title game win over McLean. South County, which has been among the region's top teams for several years now, enjoyed a successful 2011 season with a region playoff run to the semifinals.

There is lots of softball yet to be played and there is nothing wrong with teams dreaming about the postseason possibilities.

"Our goal, as it is every year, is to qualify for regionals, win the district tournament, and to qualify for the state tournament by reaching the regional finals," said Dillow. "There are some very good teams in our district and in the other districts, but I feel, if we continue to play the way we are playing, we have a great chance of accomplishing all of our post season goals."