Bolling: Republican Party Is for Women 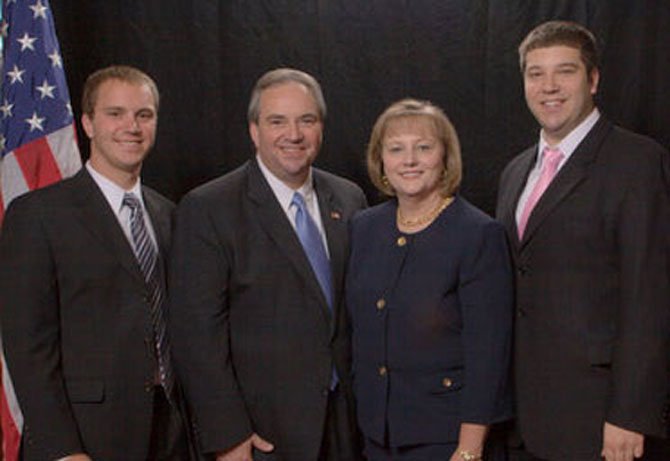 Alexandria — Jean Ann Bolling, wife of Lt. Gov. Bill Bolling, was the keynote speaker at the Commonwealth Republican Women’s Club (CRWC) annual membership meeting May 3 at the Lloyd House on North Washington Street in Old Town, Alexandria. The reception recognizes those who work successfully for the Republican Party both locally and state-wide.

In her speech entitled, “The State of the State, 2012” Bolling laid out current problems facing the state and detailed good solutions, including lowering unemployment rates and the success of women. She encouraged women to get involved in politics.

Bolling said that under her husband’s leadership with Gov. Robert McDonnell, state unemployment has fallen to 5.6 percent in the state. The national unemployment rate remains high at 8.2 percent, a difference in Virginia that Bolling attributes to good economic policies. She also said the Republican Party is the party for women, and encouraged all to get involved.

“If you are not already a member of a political club, I encourage you to join the Commonwealth Republican Women’s Club today,” said Bolling.

For additional information on the women’s club or campaign activity in 2012 in Alexandria, visit CRWC at www.alexandriacrwc.org. or contact Gail Ledwig at donaldgail@yahoo.com.